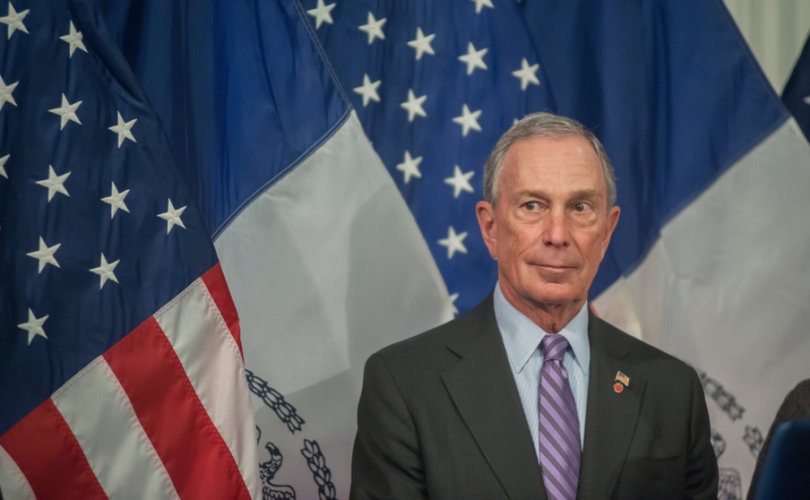 February 12, 2021 (LifeSiteNews) — Prior to the reported introduction of COVID-19 in the United States, it was probably thought by many that U.S. government public health entities could not be, or at least were not yet, corrupted by politically liberal influences. U.S. government entities which provide things like public health data -including national statistics of numbers and causes of deaths for Americans -are seemingly not in the realm of potential corruption by politically liberal influences.

But with a little looking into the matter, one discovers that Leftists may even have direct influence on national and international public health statistics, potentially even including COVID-19 death counts.

But there is another possibility, which is that deaths are not actually occurring and numbers of deaths are merely being wrongly added to the COVID-19 death counts. This possibility is not much different than the voter fraud allegations which suggest that politically Leftist entities were involved with over-stating or forging vote counts.

Of course, one might respond by suggesting that if the providers of COVID-19 data and health statistics in the U.S. government were simply forging deaths that never occurred, then how would one explain the apparent increase in deaths throughout the world? One potential answer is that the CDC and other entities closely associated with the CDC are involved with the provision of death statistics in multiple countries. This would obviously make it easier to over-state COVID-19 death counts internationally.

While looking into the possibility of wrongdoing, some have determined that certain COVID-19 statistics, like those from New York City, are implausible if not impossible. New York City was the major location which significantly influenced the lockdowns and other draconian responses throughout the U.S. to the reported outbreak of COVID-19. One might say that the COVID-19 situation in New York City -including what some have called its “made-for-tv” appearance -was a condition necessary for the COVID-19 chaos throughout the U.S. which has been ongoing for almost a year now.

But when looking closely at the COVID-19 hospitalizations and COVID-19 deaths reported in New York City in March, April, and May of 2020, one might reasonably conclude that those statistics are at least implausible.

Again, the CDC provides the national COVID-19 death statistics in America. And one may or may not be surprised to discover that Leftist entities like Bloomberg Philanthropies and the Bill & Melinda Gates Foundation appear to have influence on the CDC -including the division of the CDC which is directly involved with providing COVID-19 death counts in the U.S. and other countries.

One might remember that in January of 2020, soon before the reported outbreak of COVID-19 in New York City, former New York City Mayor, and former potential Democratic presidential candidate, Michael Bloomberg reportedly said, “Number one priority is to get rid of Donald Trump. I’m spending all my money to get rid of Trump”.

Additionally, in partnership with the World Economic Forum and the Bill & Melinda Gates Foundation, the Johns Hopkins Center for Health Security hosted the October 18, 2019 “high-level pandemic exercise” called “Event 201.” It is worth recalling to mind the way that the event organisers described the event:

Event 201 simulateds an outbreak of a novel…coronavirus transmitted from bats to pigs to people that eventually becomes efficiently transmissible from person to person, leading to a severe pandemic. The pathogen and the disease it causes are modeled largely on SARS, but it is more transmissible in the community setting by people with mild symptoms.

Of course, that is just one city. But one will discover that Bloomberg Philanthropies and the Bill & Melinda Gates Foundation may also monetarily influence the entire U.S. through influencing the CDC, including the division of the CDC which provides COVID-19 death counts and other statistics. The CDC website explains:

CDC is collaborating with Bloomberg Philanthropies, CDC Foundation, and other partners to work toward strengthening public health systems in low- to middle-income countries across Latin America, Asia, and Africa.

The collaboration is funded by Bloomberg Philanthropies; additionally, Bloomberg Data for Health Initiative is involved with the collaboration through “the collection and use of critical public health information” including recording causes of death on death registrations in multiple countries to “[e]nhance use of data for maximum impact in policy making and priority setting.”

And here’s the way that the CDC describes its contribution and collaboration with the Bloomberg Data for Health Initiative:

CDC’s National Center for Health Statistics will provide technical expertise and help develop a workable system to capture accurate information on births and deaths. With its partners, CDC hopes to improve health data registration systems, which will improve the quantity and quality of this data to inform policy-making.

Many have questioned whether the CDC had political motives in over-stating COVID-19 death counts. The above discussion shows that the CDC’s National Center for Health Statistics collaborates with the Bloomberg Philanthropies’ Bloomberg Data for Health Initiative-funded by the former Democratic Mayor of New York City and former Democratic Party presidential candidate. And, the CDC’s National Center for Health Statistics is the entity tallying the COVID-19 death counts in America. This may be significant politically liberal influence on COVID-19 data.

[A]n independent nonprofit and the sole entity created by Congress to mobilize philanthropic and private-sector resources to support the Centers for Disease Control and Prevention’s critical health protection work [and] a catalyst for unleashing the power of collaboration between CDC and philanthropies, private entities and individuals to protect the health, safety and security of America and the world.

Recent partners and contributors to the CDC Foundation are Bloomberg Philanthropies, the Bill & Melinda Gates Foundation, the Chinese Zhejiang Disigns Diagnostics, among others.

And while it cannot be completely discussed, it is also worth mentioning Big Pharma’s potential influence on U.S. federal government public health employees at the CDC, FDA, NIH, and elsewhere – influences which may result in the widespread harm through U.S. government public health employees using their power to coerce persons into the use of dangerous biological products, vaccines, other chemicals, or unproven diagnostic tests while receiving direct or indirect gain. Previous articles of mine have mentioned that Moderna co-developed one of the currently in distribution (but not proven to be safe and effective for marketing in the U.S.) SARS-CoV-2/COVID-19 vaccines with the U.S. National Institutes for Health (NIH) and the Coalition for Epidemic Preparedness (CEPI; page 60), funded by the Bill & Melinda Gates Foundation.

Or consider the CDC Foundation again; the CDC Foundation’s donation page says that donations to the CDC Foundation “accelerate and expand CDC’s work.” So, the CDC Foundation is linked to the CDC rather than being a completely separate entity. Several Big Pharma entities partner with the CDC Foundation, and so too do multiple producers of SARS-CoV-2 tests given emergency use authorization. These influences, though somewhat tangential to the main topic of this article, are worth keeping in mind when listening to U.S. government public health officials’ “guidelines” (which may be more accurately labeled as “coercions”) promoting biological products, still un-approved COVID-19 vaccines, or other chemicals.

Thus, powerful politically liberal entities appear to have significant influence on the provision of death data, which would include COVID-19 death counts, at the CDC’s National Center for Health Statistics and several foreign countries.

Just as potential voter fraud in the previous election is being shown to be difficult to prove, so too would it be difficult to prove potentially deliberate over-counting of COVID-19 deaths which may not have occurred. But the above facts showing powerful politically liberal entities influencing the CDC, at minimum, provide more reasons to question the reliability of COVID-19 death data in America.