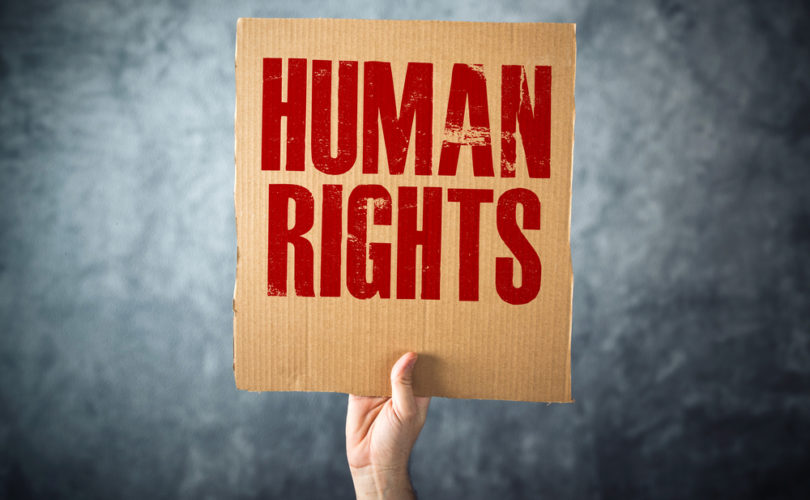 “As soon as he grows his own uterus, he can have an opinion.”

That was a comment left on The Abortion Rights Coalition of Canada’s Facebook page by a woman who presumably opposes men speaking out against misogyny, domestic abuse, rape culture, and female genital mutilation as well. Apparently, you see, male genitals disqualify people from speaking out on various human rights issues deemed by women who define themselves by their uteruses while protesting angrily against being defined by their uteruses as “women’s issues.”

Which abortion isn’t, by the way. It’s a human rights issue.

To break it down really simply for our confused “feminist” friends: Human beings have human rights. Human rights begin when the human being begins, or we are simply choosing some random and arbitrary point at which human beings get their human rights. If we do not grant human rights to all human beings, inevitably some sub-set of human beings gets denied protection by another group with conflicting interests. In this case, of course, it is the abortion crowd, who want to be able to kill pre-born children in the womb whenever they want, for any reason they want.

Science tells us when human life begins. Pro-abortion dogma is at worst a cynical manoeuvre to sacrifice the lives of pre-born human beings for self-interest, and at best an outdated view that collapsed feebly under the weight of new discoveries in science and embryology. But the abortion cabal wants to preserve their bloody status quo at all costs, and so they make ludicrous claims about needing a uterus to qualify for a discussion on science and human rights.

In fact, feminists love it when men speak up on abortion, as long as we’re reading from their script, which is why the carnivorous feminists have such a support system among the Deadbeat Dads for Dead Babies set and the No Strings Attached Club.

Male abortion activists have even begun to complain about “forced fatherhood,” a new cultural injustice in which they are expected to bear some responsibility for fathering children with women they didn’t love enough to want to father children with, but did appreciate enough to use for sex. Casual fluid swaps, they whine, should not result in custody hearings.

This is not to mention a genuine social tragedy that has men forcing or pressuring women to have abortions or abandoning them when they discover that the woman is, indeed, pregnant.

Or the fact that abortion has assisted pimps, rapists, and misogynists in continuing the crimes of sex trafficking, sexual abuse, and sex-selection abortion.

And coming against these disgusting trends are thousands of men in the pro-life movement who believe that shared humanity means shared responsibility, and that when the weak and vulnerable are robbed of their rights, we have to stand up and speak out.

We are not at all convinced by the feminist argument that people should think with their reproductive organs or genitals. We think that the number of people currently doing that has perhaps contributed to the problems we face. And we refuse to be told that protecting the human rights of all human beings is “none of our business” and “outside of our interests.”