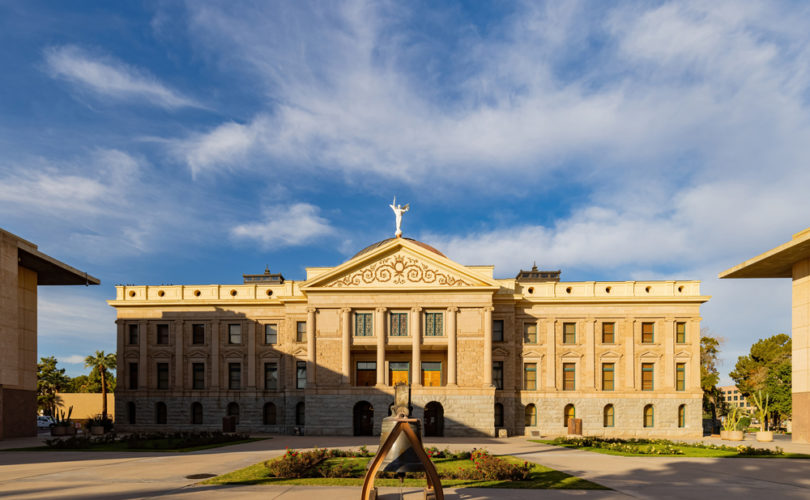 July 21, 2021 (Family Research Council Action) – Election fraud is notoriously difficult to prove. Uncovering a massive criminal conspiracy to rig elections would be a first in American politics. Many voters lead busy lives. Between work, family, and other obligations, many Americans simply do not have time to look up changes to election rules or confirm where their precinct is, research the candidates, and more. So, some voters may inadvertently cast a ballot in the wrong precinct or manage ­– without ill intent – to register to vote after the deadline, or even cast a ballot without being registered to vote to begin with. Voters, after all, are human and humans make mistakes.

Unfortunately, there are many who do attempt to illegally vote or tamper with elections improperly. In fact, the Heritage Foundation has assembled a database documenting more than 1,200 known instances of election fraud. With voters split as to whether or not the 2020 election was fair, and an unprecedented number of last minute changes to election rules, millions of Americans want their elected officials to take seriously an audit of their state’s election results – and then act to put in place new laws and enforce existing laws to make sure it’s easy to vote and hard to cheat in future elections.

Considering the 2020 presidential election was decided by less than 43,000 votes across several swing states, these Americans have good reason to encourage an audit of their state or county's election system. Small amounts of fraud or irregularities here or there could have had dramatic consequences for the election outcome in a given state. The Arizona Senate was the first to take seriously their voters’ concerns and launched a forensic audit of Maricopa County’s election results. Now that preliminary findings are in, they raise some troubling questions about how the presidential election in the state’s largest county was conducted.

In a hearing last week, audit experts revealed some startling discrepancies from the Maricopa County audit. Among them was a revelation that some 74,000 mail-in ballots were counted in the state’s largest county, with no record of them having been sent to voters in the first place, and a discovery that signature verification standards were dramatically watered-down. It’s possible some number of voters picked up a mail-in ballot in person at their precinct and also dropped it off by hand – as opposed to having their mail-in ballot delivered to them and returned by them via mail carrier – but the fact that more than 74,000 mail-in ballots were counted than mailed out prior to the election raises alarms. Additionally, Doug Logan, CEO of Cyber Ninjas, the nonpartisan group conducting the audit, told Arizona senators at the hearing last Thursday:

“We have an affidavit that specifically stated that when mail-in ballots were received, that so many of them were received that the standard was reduced over time… there was originally 20 points of comparison on the signature and then after some time they were told to go to then points of comparison, then five. And then eventually they were just told to let every single mail-in ballot through.”

Loosening signature verification standards is another sign of trouble for the integrity of the county’s election results. Logan went on to note that Maricopa County officials are currently withholding mail-in ballot images, which can be used to determine any irregularities with signature matching. Watering down signature verification standards on election day, and then withholding evidence from the state legislature does not inspire confidence. Maricopa County officials want to assuage voters’ concerns about election integrity in their state.

J. Christian Adams, president and general counsel of the Public Interest Legal Foundation was recently on “Washington Watch” with Family Research Council President Tony Perkins to discuss these revelations. Adams pointed out that “there is no question about it that things went wrong in Maricopa County.” He said that the likelihood these irregularities are evidence of an organized election fraud conspiracy is slim, adding, “…most election vulnerabilities and breakdowns are not part of a plot. They’re just what happens.”

His point is well taken and is informative for lawmakers across the country who are considering legislation to enhance their state’s election system. An audit is a great way for states to glean an understanding of what weaknesses exist in their election apparatus. Vast election fraud conspiracy or not, legislators should move to conduct an audit of their state’s election results if their constituents have concerns about election integrity and proceed with election law reforms and better enforcement of existing laws.

To that end, Arizona is not alone. Other states including Georgia, Wisconsin, New Hampshire, and Pennsylvania have begun making their own efforts to investigate instances of election irregularities in order to restore voters’ confidence in the state’s election system. In Georgia, another state where many voters see rampant irregularities – particularly in Fulton County – the Speaker of the Georgia House of Representatives, David Ralston, has called for an independent audit of the 2020 presidential election in the county to “determine if any irregularities or willful fraud occurred.” If Georgia, another state that officially went to Biden by the narrowest possible of margins (just 12,000 votes in 2020), conducts an audit and discovers similarly disturbing results to Maricopa County’s audit, the cat will be out of the bag – voters across the country will demand more audits, more election integrity reforms, and will sign up in droves to be poll watchers all to protect the sanctity of the vote.

The most recent election saw an unprecedented loosening of state election laws at the 11th hour, the reckless distribution of unsolicited mail-in ballot request forms, and private groups – like Mark Zuckerberg's Center for Tech and Civic Life – dumping hundreds of millions of dollars into Democrat-voter rich municipal areas, and more. If this is allowed to continue in future elections, it will only erode confidence in our national elections.

Audits and election reform are necessary so that millions of voters can be confident our republic truly reflects the will of the voters. Despite all the media smears, the obfuscation and attacks from county officials and party leaders, these audits give hope to Americans desperate to see faith, family, and freedom restored in our nation. Whether or not deliberate election fraud is uncovered, patching up weaknesses in state election systems will give voters’ confidence to come out in droves in the 2022 midterms – maybe that is why the Biden White House is smearing any attempt to look under the hood of these municipal election operations?