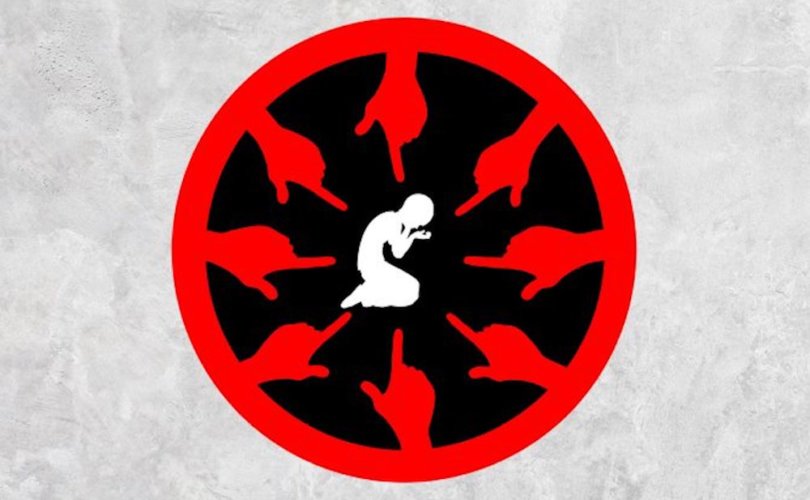 (Children’s Health Defense) – In the global war on national and individual sovereignty — for which COVID-19 has been serving as the unlawful casus belli — two tactics long favored by tyrants have been deployed by government officials and mainstream media to utmost effect, successfully distracting many citizens from the increasingly aggressive attacks on their civil and human rights and livelihoods.

The first tactic — the sophisticated mobilization of appeals to fear — has steered many individuals into unquestioning compliance with harsh public health authoritarianism. The second — the promotion of divide-and-conquer theatrics — has been instrumental in helping build public support for coercion, including vaccine mandates.

After a brief summer respite, fear-mongering is once again in full swing, with headlines screaming about a “highly contagious mutant version of the coronavirus” (dubbed the “delta variant”) and yet another seeming rise in “cases.”

What is the most obvious reason for the renewed media hysteria? Demand for COVID vaccines has stagnated.

Familiar with the propagandist’s tendency to inflate key numbers, investigative journalist Jon Rappoport suggests the proportion of the population refusing the injections is likely much larger than officials are reporting — and that does not “sit well with the vaccinators-in-charge.”

Moreover, those declining the experimental shots continue to indicate they will not change their mind.

On July 30, the Centers for Disease Control and Prevention’s (CDC) director, Dr. Rochelle Walensky, signaled “the war has changed” after warning “vaccinated people infected with Delta can transmit the virus.”

Two weeks earlier, however, Walensky had a different population in her sights, describing COVID-19 as a “pandemic of the unvaccinated.”

That comment — and recent remarks by other highly-placed figures such as Alabama Gov. Kay Ivey — indicate that rather than admit defeat in the face of vaccine failure or vaccine refusal, officials intend to ratchet up their dangerous divide-and-conquer rhetoric. Taking off the gloves, they are now openly stoking the fires of hostility toward the unvaccinated.

In May, the CDC announced it was limiting its monitoring of “vaccine breakthrough cases” — meaning positive PCR tests in the vaccinated — stating that it would count only “infections [in the vaccinated] that result in hospitalization or death,” which the agency maintains are relatively few and far between.

As COVID—especially Delta variant—surges among fully vaccinated, Brian Hooker, Ph.D., said the more variant deviates from original sequence used for vaccine, the less effective vaccine will be on variant.

At the same time, the media began amping up reports blaming the unvaccinated for the so-called “Delta variant,” furnishing a pretext for public health officials to not only renew their calls for “widespread vaccination and rigid adherence to public health measures” but also to “move the goal posts for target vaccination rates.”

Health providers on the front lines have shared anecdotal evidence with Children’s Health Defense confirming that officialdom is interested only in new COVID “cases” to the extent that such cases crop up in the unvaccinated.

However, the blame-the-unvaccinated narrative is contradicted by the many “Delta variant” stories now emerging from numerous locations around the world showing that the fully vaccinated constitute the majority of delta “cases.”

Estimates range from 75% of new “cases” in Cape Cod and highly vaccinated Singapore, to anywhere from 50% to 90% in Israel. In Iceland, described by journalist Alex Berensen as a “vaccinators’ paradise,” the nation is reportedly “setting daily records for new infections, mostly among the vaccinated.”

COVID vaccine critics point to this explosion of “breakthrough cases” in the vaccinated as a sign that manufacturers’ misleading vaccine efficacy narrative is crumbling.

Although this may be the case, it is important to keep in mind that the highly coordinated mainstream media rarely trumpet a story unless it serves a propaganda purpose, and never more so than in the age of COVID.

Recall, too, that “cases” are determined by Emergency-Use-Authorized RT-PCR tests that were never intended for diagnostic purposes. As critics have stated for months, PCR’s Nobel-Prize-winning inventor, Kary Mullis, repeatedly made the point that “PCR is just a process that allows you to make a whole lot of something out of something.”

The results, said Mullis, make it possible to “find almost anything in anybody,” but do not “tell you that you are sick.”

Although it is unclear why they would change their tune, both the World Health Organization and, just recently, CDC have admitted that RT-PCR is not reliable for diagnosing SARS-CoV-2.

In addition to offering a rationale for inflaming hostility against the unvaccinated, could the “delta variant” cover story be serving other purposes?

For example, rather than question the dud vaccines, researchers are suddenly publishing analyses of waning immunity and vaccine failure — in prestigious journals like The Lancet — that all too predictably prescribe booster shots and new-and-improved vaccines as solutions.

Recognizing the vaccines were never even necessary to begin with inevitably raises questions about why governments around the world are so eager to install these regular operating system updates in their populations.

Dr. Anthony Fauci has already started incrementally laying the groundwork in the U.S., asserting the likelihood that “at some time, we may need a booster,” while Israel has begun administering boosters to the age group that historically has the poorest response to vaccination — those over 60.

A 65-year-old actor who received two doses of the experimental Sinovac vaccine in February and March and a dose of the Pfizer jab in July died six days after receiving the third injection.

The media’s alarmism about the delta variant has also served to white out and perhaps disguise the steady rise in serious COVID vaccine injuries and deaths. In mid-July, Israeli internist Rafael Zioni tweeted out dramatic Ministry of Health data showing that fully vaccinated individuals constituted a majority of COVID hospitalizations and serious illnesses.

This is the Israeli data for infection breakthrough among vaccinated with 2 shots of Pfizer. Seems that efficacy is close to zero.. pic.twitter.com/F7nkrNVdp0

In Sydney, Australia, a post on Rumble noted 140 of 141 people hospitalized with COVID were fully vaccinated, while the one remaining individual had received one dose. Of those hospitalized, 43 were in intensive care, including eight youth under the age of 30.

Although doctors blame these incidents on COVID infection, these health setbacks could just as well be vaccine adverse events either not recognized or not called out as such.

As The Defender reported in late July, the CDC-imposed guidelines for reporting COVID deaths represent an ethically questionable departure from the industry standard previously in place, with medical examiners and others suspiciously instructed to define “deaths involving COVID-19” as “deaths with confirmed or presumed COVID-19.”

Without these skewed reporting rules, an estimated 90.2% fewer fatalities would have been attributed to COVID. Exaggerating the death toll is a tried-and-true maneuver to hawk more vaccines — in the past, CDC insiders have advised framing a given influenza season as more “deadly” to generate demand for flu shots.

Even so, the numbers the CDC reported for July — several thousand deaths “involving” COVID-19 for that month — should have been good news, representing the lowest number of monthly deaths at any point since February 2020.

The July figure was also 31 times lower than the peak of more than 100,000 “confirmed or presumed” deaths reported in January 2021.

CDC admits that among the cumulative fatalities “involving” COVID since 2020 (through July 25, 2021), COVID-19 was the sole cause of death for only 5%. For all other deaths “involving” COVID, death certificates cite an average of four additional contributing conditions or causes.

In contrast, the safety of COVID injections has been dubious from the start. Eight months in, the OpenVAERS Project (an independent group that provides easy access to vaccine injury data from the U.S. Vaccine Adverse Event Reporting System) reminds us the experimental jabs have produced at least “four times more fatalities than the terrorist attacks on 9/11” — or 15 times more, if whistleblower estimates of vast undercounting of COVID vaccine-related deaths prove accurate.

OpenVAERS calls the rollout of unlicensed COVID vaccines the “most disastrous vaccine campaign in American history.”

Outrageously, the U.S. government has just purchased an additional 200 million doses of the Pfizer/BioNTech vaccine, expecting taxpayers to continue financing their own destruction.

Rather than change course or cop to the accumulating evidence of widespread harm, officials find it far more politically expedient to stir up animosity against the army of people — the unvaccinated — asking the right questions.

However, as Jon Rappoport reminds us, this is no time to surrender: “If enough people say NO to the shot, it’s over.”

Postscript: In the midst of increasing propaganda designed to instill fear and panic while falsely elevating the safety profiles of COVID vaccines, the push for vaccine mandates is at an all-time high. Children’s Health Defense has launched a letter-writing campaign directed to local, state and federal officials spelling out why mandates are wrong for people and wrong for America. Our advocacy portal makes it easy for citizens to contact elected officials at every level of government. Send a letter to all of your elected officials with just one click.