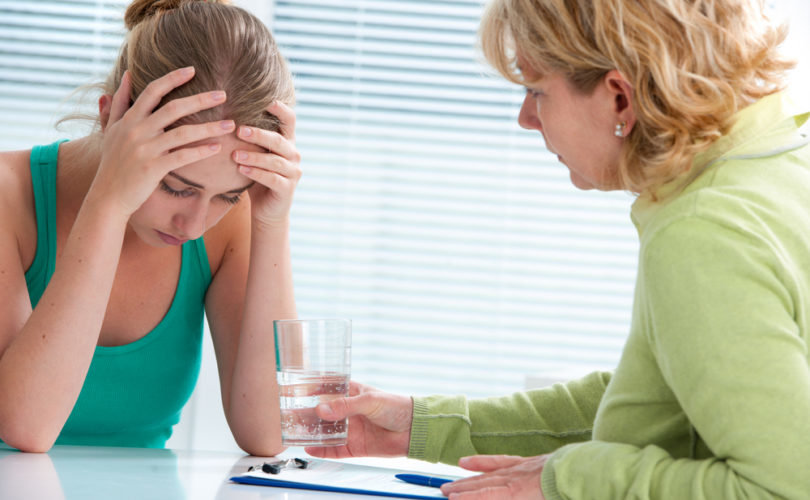 October 18, 2016 (Bound4Life) — Several years ago, I was speaking at a Christian university to their women’s ministry. As I left the stage, a young woman approached asking, “Won’t it be wonderful when there will be no further need for abortion recovery programs such as yours, when Roe v. Wade is overturned?”

I smiled, looking intently into her eyes as I responded: “I pray for the day to come quickly when Roe v. Wade is overturned. That will be a glorious moment. Unfortunately, even when that decision is overturned, there will remain countless millions tormented from their past abortion decision, never realizing that decision as the root of their angst.”

Having worked in abortion recovery ministry for more than a decade, I’ve heard lots of stories. I know abortion changes people; it certainly changed my life. Abortion affects not just the mother and father, but grandparents, siblings, and children of the post-abortive parents.

Our ministry believes the post-abortive (those with a past abortion decision) community could be the largest demographic group in our culture—given the number of abortions that have occurred and the number of individuals affected within the nuclear family unit.

Abortion changes a person’s behavior and quite often causes you to retreat from normal activities or to act out in ways to numb the pain. For the majority of the post-abortive, abortion becomes the secret they will take to their grave. But silence is a killer. Ask any counselor and they will confirm it.

Silence inhibits a person seeing and learning the truth about themselves and their interactions in society. We humans were created as emotional beings with the need for human interaction, vital to process our feelings and thought processes. Remaining silent stifles that basic need.

As a lay counselor in ministry, I witness every week what silence does to the post-abortive. They silently encapsulate themselves from the world thinking they are protecting themselves; unfortunately, the exact opposite often occurs—resulting in slow destruction from shame and guilt. Some dig deeper into their pain, refusing to consider their past decision has any correlation with the agony they are experiencing.

The inner turmoil, never addressed, can be agonizing. To many left behind living with the decision, symptoms of Post Abortion Stress start to appear, putting women and men at higher risk for developing a myriad of mental health, relational, and physical problems.

There are those who firmly believe that abortion is the “liberator” of women—when in fact, it has freed no one, killing nearly 60 million unborn children in the United States alone. Abortion supporters continue to believe Post Abortion Stress does not exist, that it is a “figment of the imagination of religious zealots.”

The abortion activists continue to state that the root of psychological and emotional trauma following an abortion is not supported by the bulk of the research. However, their claims are contradicted by a wave of research that pinpoints abortion as the culprit in many mental health problems. Could it be that so many naysayers are actually more concerned with being right—and not admitting their mistake—than they are in doing the right thing?

Abortion violates all the rules that make a loving, civilized culture possible. It’s not a “victimless” crime, because abortion always kills a baby and frequently harms her mother (and others). But there’s another question that remains unanswered: if research is true and Post-Abortion Stress is real, then a huge public-health concern is exposed.

This week, Planned Parenthood marks 100 years since its founding. With so much discussion over last year’s release of the Center for Medical Progress undercover videos, the non-stop abortion debate during the presidential election this year, and the increasing prevalence of RU-486 abortions, the number of those hurting seeking help has increased exponentially.

Mothers, fathers, grandmothers, sisters, and brothers: each come with their own set of secrets, grief, shame, and remorse. They are desperately looking for a safe, non-judgmental place to resolve their emotional wounds. That’s where post-abortion ministries like Initiative 180 can and do help.

No matter how you spin it, abortion is wrong. The abortion industry as a whole and Planned Parenthood in particular must be stopped. Planned Parenthood targets girls at an early age, they have employed a $30 million campaign to support the Democratic Party in swing states, they hold voter registration at their abortion clinics, and sponsor pro-abortion voter registration drives on many college campuses.

The culture of death from the abortion industry is ever increasingly creeping into all of our lives, from the moment of birth throughout the normal course of our natural lives. Politicians are promising unlimited access to abortions, including partial birth abortions, to every American woman at the expense of every taxpayer by reversing the Hyde Amendment.

This is not the time for apathy nor complacency. In less than a month, an important election takes place that will impact whether abortion continues unfettered—as well as the future of the Supreme Court. The time for action is now through praying for the end of legalized abortion (join up with Bound4LIFE or 40 Days for Life!), voting for pro-life leaders, and supporting life-affirming organizations that give voice to the millions who have lost theirs.

Finally, do not grow discouraged. All believers and God are a majority. Missionary Hudson Taylor said, “There are three stages in the work of God: Impossible, Difficult, Done.” Each of us are called into action.