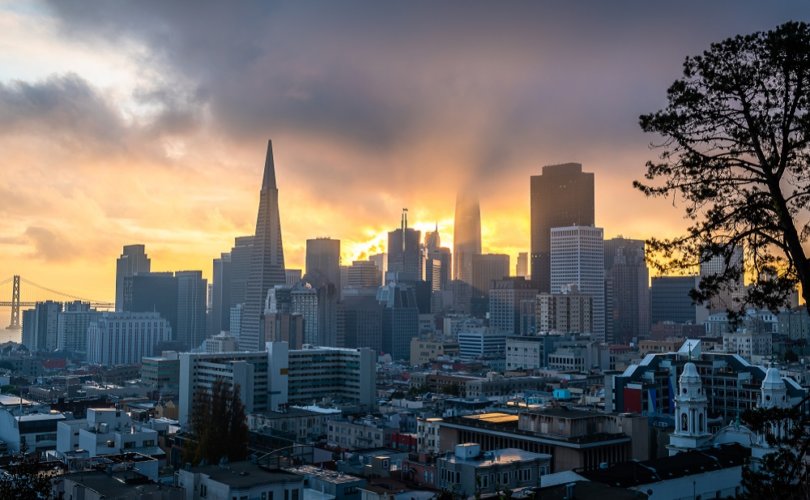 January 17, 2020 (American Thinker) — San Francisco is getting to be a hellhole, and not just because crooks are having a field day, or a vast homeless army has prompted new tech “innovations” in poop-map apps.

It's actually becoming a city with a hollowed out look, redolent of some place like Steubenville, Ohio or maybe Utica, New York, during the bad years — empty storefronts and missing young people. So much for the trope that left-wing cities, with their walkable boulevards full of food trucks, handmade crafts, knitting shops, bookstores, artisan cheese shops, gourmet restaurants, and cafés, are more lively and liveable than right-wing places. For a while, that did seem to be the story. But it's coming to an end. Sure, there's vast wealth. But despite California being in an economic boom, the place is starting to look like Venezuela.

The U.K. Guardian of all places has a haunting report:

At the beginning of this decade, one beloved block in San Francisco had a taqueria, a flower shop and a bookstore. Sparky's diner, a favorite final hangout for night owls, queer teens and the blackout drunk, was open round the clock.

Today, this block of Church Street just south of Market has the kind of abandoned storefronts that are usually a shorthand for declining mill towns, not centers of the tech future. But all those closed shops are emblematic of today's San Francisco, where even in upscale areas, the city's economic boom can look surprisingly like an economic crisis.

What this represents is a strange, second-wave gentrification, in which an influx of well-heeled residents means not Blue Bottle coffee shops and Kinfolk-inspired interior design stores, but emptiness.

Nobody mentions that maybe people don't want to shop in some place where a drunk is puking in the doorway and the district attorney doesn't want to prosecute, so the pukes — and homeless camps and other quality life issues — affect the quality of life. In San Francisco, the well heeled locals can always order online.

But it goes well beyond that. The city has chased out its poor people. And it's happening worst in disproportionately blue states. Taxes, minimum wage hikes, greenie regulations, freezes on new construction, rent control, all supposedly to help “working families,” have all had one unintended consequence: hitting the poor as hard as possible, driving them to move out.

After all, anyone with a six- or seven-figure salary in some lawyer or tech job has no problem buying or renting a house in San Francisco. But these aren't the people who are going to be manning the cash registers in some low-margin business on the first floor. Housing costs have been driven so high by leftist taxes, environmental regulations, and NIMBY-ism that the low-margin shops, the startups, and the poor are the ones who in the end bear the brunt of all the “reforms.”

There's no place for the working poor in a blue city whose entire economic model is premised on taxing “the rich.” New Yorkers have told me that this empty storefront effect was first seen in Michael Bloomberg's New York, by the way, home to similar unintended consequences from the same supposedly help-the-poor policies.

And it's not just the poor who staff shops who are leaving the city. It's also the black people — the city has gotten much whiter in the past decade as people on the bottom rungs of the economic ladder move on to economically friendlier places where both jobs and housing are attainable. And ominously, the young people are fleeing. Here's a recent piece by Monica Fike at LinkedIn describing the problem:

Where have all the kids gone in California? The number of those under 18 fell by more than 400,000 over the past decade to 8.9 million, according to the latest Census data for the state. Declining immigration and the lowest birthrate in California's history are to blame. Experts also cite migration of young people to other states. The decline in youth populations is being felt across the U.S., reports Bloomberg, with 30 states having recorded similar drops in the under-18 age bracket between 2010 and 2019.

This is a crisis, even with the appearance of vast wealth in the state. You can bet that a lot of those fleeing are San Franciscans. And a city without young people is not going to grow, innovate, or enact change, not in the long run — in this case, even in the short run. It's going to have that hollowed out look of western Europe, which has been steeped in socialism for decades, except that it'll adopt that uglier rust belt look or, more likely, the even uglier socialist Venezuelan look.

What's striking about all this is that the state's ruling Democrats don't see a crisis. They should; they are losing congressional seats as a result of it. But they don't. They dismiss the Venezuelification of their bluest cities as nothing. Not one politician puts out word, as some Latin countries sometimes do, that people shouldn't leave, even if it's a useless argument without reforms. Not one talks of lowering taxes on the rich so that the people who work for the rich, or who depend on the rich to buy their products, can have a chance at survival. They ought to be panicking about the loss of their tax base, their congressional clout, and their bad future. But they don't. They live for themselves, they seek to entrench themselves in power forever, and everything is going to stay the same with them on top.

It won't work. It will only get worse. And they won't know what hit them. The only certainty is that they will Blame Trump.