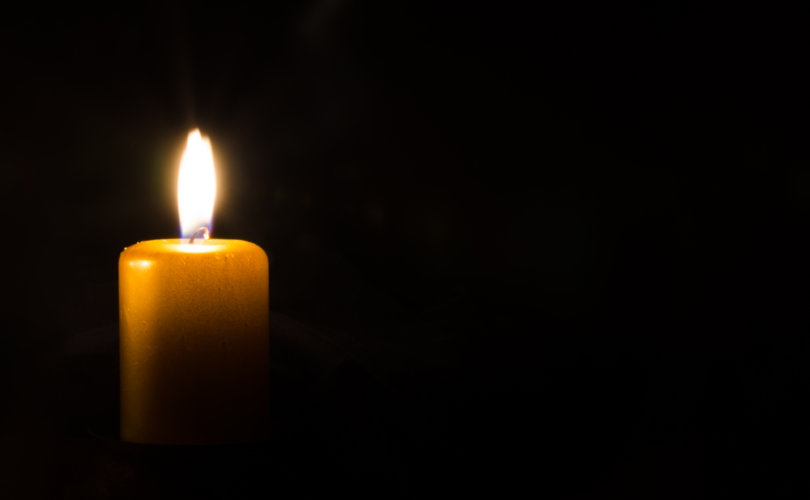 December 19, 2018 (American Thinker) – Candidly, I have not written in a while because I've been in a funk. I caught Rabbi Jonathan Cahn on TV sharing devastating stats confirming that we (conservatives) have lost the culture war – the battle for the hearts and minds of America.

New York City has legalized a “third gender” on birth certificates. Not that long ago, over 40 states passed resolutions supporting God's definition of marriage – between one man and one woman. According to the Public Religious Research Institute, a majority of Democrats, Republicans, blacks, whites, Latinos, Catholics, and white mainline Protestant denominations support so-called “marriage” between people of the same sex. The majority of evangelical Millennials support redefining marriage.

Years ago, LGBTQ activists claimed that openly homosexual leaders admitted into the Boy Scouts had no intention to change the organization from its founding on Christian principles. As it turned out, first on the LGBTQ agenda was to remove “morally straight” from the Scout Oath.

We are living in a pretty sick time when “morally straight” is deemed hateful and offensive.

Recently, “Boy” has been removed from the name of the organization, changed to “Scouts BSA” to appeal to girls. The Girl Scouts are in a huff. They are suing the Boy Scouts because they feel that the Boy Scouts is now in competition with them for girls. The Girl Scouts has also been changed, infected with radical feminism – promoting transgenderism, lesbianism, and abortion. Girl Scouts of Western Washington returned a $100,000 donation, a fourth of its annual fundraising goal, because the donor requested that the gift not be used to support boys pretending to be girls.

Leftists' war on sex includes absurdly claiming that having separate organizations for boys and girls is hateful and discriminatory.

The Bible says in the last days, man will seek to change nature, moving toward what is unnatural. We are seeing this happen. First, leftists claimed they desired only tolerance for the unnatural. Today, anyone who does not fully approve of the unnatural is high-tech executed.

In Dover, Ohio, a Nativity scene and a Ten Commandments display were removed from public property after an atheist group complained.

The new “Batwoman” TV series will feature the first lesbian superhero on television.

“Whiteness Forum” seeks to ban the Christian cartoon Veggie Tales, claiming that it is racist.

A Virginia middle school banned Christmas songs with “Jesus” from its “winter concert.”

Children seeking to transgender themselves has skyrocketed – 4,500 percent for girls and 1,250 percent for boys. My wife Mary alerted me to this horrifying truth. U.S. doctors are performing double mastectomies on healthy 13-year-old girls who think they want to be boys. Leftists have launched a war on sex that far too many Americans either have embraced or are afraid to talk about or push back against.

Over the holidays, I will be celebrating with various family members. Many of them see nothing wrong with practically every TV show, movie, and commercial promoting homosexuality. If I dare mention the media blitz intended to normalize what the Bible says is wrong, I will be viewed as the crazy, intolerant, and hateful old patriarch who is out of touch with the times.

After listening to Rabbi Cahn describe our nation's moral and cultural decline, I felt discouraged, heartbroken, and angry. Rabbi Cahn encouraged Christians to remain faithful, fighting and standing up for what is right. Still, I couldn't shake feeling why I should continue writing articles when a majority of Americans embrace leftists' evil agenda.

Angrily, I questioned why stupid parents gleefully support drag queens reading LGBTQ stories to their children at libraries.  Any idiot can see that leftists are purposely sexing our kids as early as pre-school with homosexual Christmas children books like “Santa's Husband.”

In Austin, Texas teacher at a poverty-level school expressed her frustration. The students struggle with reading, writing, and math. And yet, the school principal made it top priority for teachers to instruct students to embrace all things LGBTQ. The frustrated teacher who sounded the alarm said she was tasked with explaining and presenting homosexuality in a positive light to pre-K four-year-olds.

Frustrated, I asked God, why do the wicked prosper? Discouraged men of God in the Bible asked God the same question. God revealed to his faithful servants that the wicked prosper only for a season and will eventually receive their just reward (Psalm 73).

God instructs, “Trust in the Lord and do good; dwell in the land and enjoy safe pasture. Take delight in the Lord, and he will give you the desires of your heart” (Psalm 37:3-4).

I repent from allowing myself to become discouraged, not trusting God. I will continue fighting back, standing up for what is right. Leftists are evil masters of deception, portraying themselves as all-powerful, winning everything. They are not.