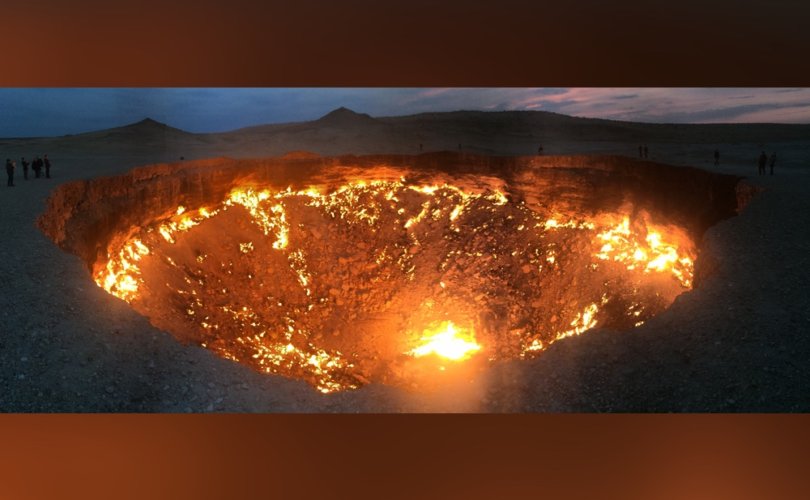 May 17, 2018 (Signs and Wonders for Our Times) – At the end of April, America and the world watched and listened to another nail in the moral coffin of divided America. In what is supposed to be a night of light jabbing over political differences, The White House Correspondents Dinner showed the world just how fast the USA is sinking spiritually. The signs of that demise are now visible for the entire world to see yet again. In the age of all forms of social media, the league of nations heard it all. The nineteen-minute routine of what was called “comedy,” will be heard by multiple hundreds of millions of friends and enemies on the world stage to have an informed opinion on who we are as a people. The night after the event, a personal friend told me he had dinner with a Japanese delegation that was in town.   He said they were in shock that this could even take place at all.

Over 3,000 of the most powerful, annually fight for a spot at a table to be seen in black tie and gown sipping drinks with the rich and powerful. And through it all, the foul fetid noisome profanity laced monologue received laughs from the crowd.

Each year the chosen illumined souls of Hollywood, the press, and big business that cling to the D.C. revolving door, gather to rub elbows and then head to all the local gin mills to wax philosophical on the happenings of the future of the country – and try to push things in their ideological direction. There they may hopefully find their rightful place at the table of government largesse in the form of multi year contracts and remain swamp masters. Much of the left today is a cabal of death seeking a nihilistic destruction with a godless agenda. It is no longer a logical thought process coming to workable solution for anyone. To not understand this, is not to understand the fight. As Mother Teresa would frequently say in public speeches to the west, “the fruit of abortion is nuclear war.”   The gloves are off as the civility is gone between the parties.

For those who have followed the event over the years, it is one of several times a year similar soiree's take place. The Gridiron Club and Alfalfa Club are just two more examples with the attendee list more exclusive. A motto of the clubs is “singe, don't burn.” The roots of the alfalfa seed go deep, and that is what the attendee's are after – deep relationships for the promotion of agenda's and careers.

But this year the White House Correspondents Dinner was different for several reasons. To those who have watched the evolution of the event it has become more personal and tasteless each year. No one will argue that it shows the moral depravity that is generally accepted on the world stage. Generations ago it was the wit and wisdom of Will Rogers who was loved by all for expressing the truth in charity. It was light-hearted humor poking fun at the differences of the political parties. Then came people like Bob Hope doing the same in times of war and peace. These men were guests in the White House and well received for humor, and became beloved institutions. But then again, the issues didn't have the profound moral divide for policy implementation we see today. The differences of thinking then is nothing compared to what it is today – not by a long shot.

The evening “entertainment” also showed it is the mainstream press that is perennially running the event. The speakers and entertainers are now from the hard strident virulent Planned Parenthood left. The comedians (an oxymoron) are unable to write a witty joke because they are not gifted enough to write innuendo or the obvious truth, and find the humor in it without tearing flesh. The more vulgar, crass, and obscene, the more a career will go parabolic because somewhere there is an audience that wants it. The next day Michelle Wolf said Washington, D.C is thin skinned and can't take a roast. This is a far cry from the good-hearted popular roasts of Dean Martin still watched today. Shock sells and they know it. Did you ever hear the name Michelle Wolf until Sunday morning?   The odds are today Michelle Wolf's bookings just quintupled at double the fee.

One joke (?) is when Wolf commented, “Mike Pence is very anti-choice. He thinks abortion is murder, which, first of all, don't knock it till you try it. And when you try it, really knock it. You know, you've got to get that baby out of there. And yeah, sure, you can groan all you want. I know a lot of you are very anti-abortion, you know, unless it's the one you got from your secret mistress.”

The evening also showed how virulent things have become in relationships. People have dug in on what they believe and it is disrupting family unity like never before.   People are now making a conscious choice to avoid or limit contact with those that disagree with their view of the world. This is not insignificant historically because it is a precursor to civil disobedience. Revolutions brew for generations before the steam pot creates a whistle.

After World War 1 and The Treaty of Versailles, the Germans were boxed in with harsh terms for debt repayment, and rebuilding their nation. Recovery was brutally arduous and lengthy. The National Socialist German Workers Party (Nazi) quickly sprouted from a small seed of insignificant and illogical thought at the beginning with a mad man paper-hanger by the name of Adolf Hitler. Writing a manual for the restoration to national greatness while in prison, it matured in less than fifteen years into the Third Reich. On January 30, 1933 President Paul von Hindenburg reluctantly appointed Adolf Hitler Chancellor of Germany because he had such a strong following.   An entire “educated” nation followed suit and wholeheartedly embraced a godless agenda with gusto because of the vision of a man to take away the pain of suffering from the Great War, and the destitution of the Weimar Republic.

What we are watching today is a real time strategic plan to transform the United States into a godless culture of sin that is promoted legislatively. Everything Hitler did was legal because laws were enacted that allowed him act with the tacit approval of the courts. The voice of the people was overwhelmingly silent as they took the bread of man over God.

Today, you are either “IN or OUT,” depending on your view. Christian views are increasingly OUT of what has been recently legislated, as believers are battling a system against their views. No one thirty years ago could have thought this was possible coming from the courts and government.   Christians are now leaving California as they see the trend is one of persecution on the immediate horizon.

A new Rasmussen Poll said that democrats are more concerned about Muslims being mistreated in the U.S. than Christians being slaughtered abroad in Muslim nations. The day after The Correspondents Dinner, Trump met with the president of Nigeria at the White House. One topic of discussion was the widespread horrible persecution and slaughter of Christians in his country. There wasn't a word from the mainstream press about it.

Words have meaning. What is said today has consequences tomorrow. Ideologies good and bad form opinions. What may seem completely absurd and outrageous to one may be acceptable to another. This is why the divide is so great in the church as well as what one thinks about President Trump. Few are neutral anymore. The debate of words is heated before disturbance, and the strong rhetoric of opinion today is a prelude to civil war. The tolerance level for one another with a different view is shrinking by the day.

The Holy Spirit is the ultimate source of truth, love, justice, and light. If one is not trying to conform their views to the light, it is in conflict with the Holy Spirit because God alone is light. Abraham Lincoln would often quote a passage from Scripture during the Civil War that said, “and everyman did that what was right in their own eyes” (Judges 21:25). As people turn away from God, a humanist agenda seeks to dig in further. Jesus said, “My ways are not your ways,” because that is the battle of the ages. Each year the sacraments are absent from a life, one is given over to a depraved mind. Light is not penetrating the soul, and therefore, one will not achieve the Will of God.

We now know the progressive socialist agenda, because it is in the open for all to see. Being able to see the whites of their eyes enables one to know the agenda of the enemy that is no longer shielded behind the false view that we have anything in common any longer. This is positive because the left can no longer hide through intentionally vague and ambiguous language. They can no longer cry peace when what they really want is a moral war ending a Christian view for anyone. The war is now in the open, and we need to plead to God to restore America through supernatural events to the ideals it was founded upon. We were not made to live this way. As Jesus said, “My kingdom is not of this world” (John 18:36).

Published with permission from Signs and Wonders for Our Times.