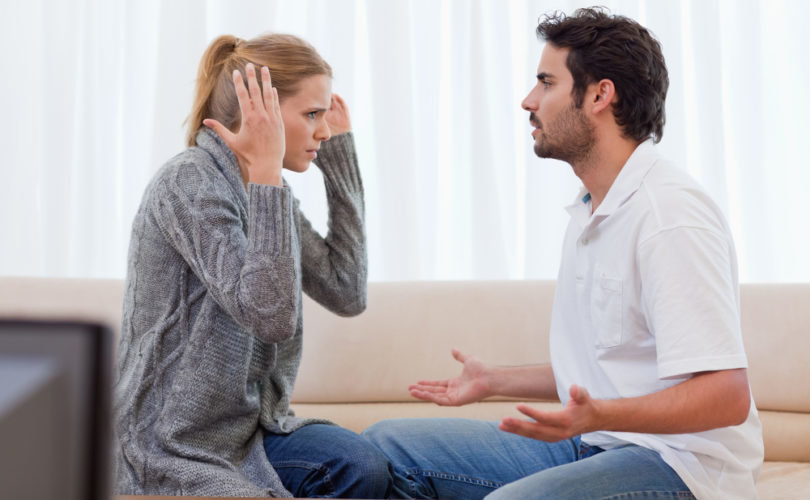 August 27, 2015 (AlbertMohler.com) — “Thou shalt not commit adultery.” One of the most striking aspects of the Seventh Commandment is its utter simplicity. Without equivocation or evasion, God’s law is clear and self-explanatory. The very fact that God included adultery in the “thou shall nots” of the Ten Commandments indicates its particular evil and danger. Moses did not have to provide further elaboration.

The motto of Ashley Madison, the now-infamous Internet business once described as “the premier ‘dating’ website for aspiring adulterers,” is equally clear — “Life is short. Have an affair.” I wrote an essay on Ashley Madison as “Adultery Incorporated” back in 2011, after Bloomberg Businessweek published a cover story on the business. Back then, it was clear that many people saw Ashley Madison as a joke. No one is laughing now.

Everything changed with the hacking of the Ashley Madison website and the release of over 37 million names, along with account information. Now, millions around the world who had paid no attention to Ashley Madison or the “Dark Web” found themselves staggered by the sheer scale of the adultery enterprise. Millions of others faced the reality that their Ashley Madison registration was about to go public, often along with incriminating details.

In an age increasingly hard to shock, the numbers are shocking. Apparently, over 37 million individuals around the world had signed up with the intention of arranging a sexual affair. Noel Biderman, the entrepreneur behind the company, was proud of his business, declaring that “monogamy, in my opinion, is a failed experiment.”

As I explained back in 2011, the Ashley Madison business model is easy enough to understand:

“Biderman’s plan was to create a website that would appear to cater to women seeking an adulterous partner, while actually attracting men seeking the women for an adulterous liaison. Clients of the site establish a personal profile, check off their “availability status,” and mark their personal preferences. The real money flows to the site when men connect online with women and then have to pay rather steep fees for the privilege of continuing the conversation. If all goes according to plan, adultery soon follows.”

And, as we now know, adultery often did follow. But the tawdriness and deceitfulness of sin was more than evident in the fact that millions of customers, mostly men, never actually consummated an affair through the business plan. The number of men registering for the service was a multiple of the women willing to register their availability.

Nevertheless, Ashley Madison became a big business. Any Internet enterprise with 37 million registrations is a really big business, and just before their information was hacked and dumped, Ashley Madison’s parent company, Avid Life Media, had planned an IPO in order to capitalize on the site’s massive growth. Then came the release of the information. Now, the company faces the fact that it has almost surely lost not only its momentum, but its business model. If the company could not prevent the invasion and release of its stolen customer files, it is hard to imagine who is going to sign up now.

Then again, 37 million people apparently signed up and many of them went on to enter credit card information, paying for the service and establishing a record of their intention to commit adultery. Once Ashley Madison — or some other upstart — claims to have “fixed” the problem, will would-be adulterers take the risk again?

Back in 2011, Bloomberg Businessweek understood the predicament the business faced even then:

“What Ashley Madison does is legal. It’s also illicit, in that it helps users violate their marriage vows and engage in deception and secrecy. This presents enormous branding challenges as well as financial ones: How many fund managers want to go home to their wives and announce, “Honey, I found the perfect investment opportunity!’”

Well, that was then. Now, Ashley Madison faces a far greater challenge. So much for secrecy.

Of course, that challenge is insignificant compared to what millions of spouses, children, friends, and loved ones have and will have to face. With the information revealed, dots are soon connected and adulterers or would-be adulterers are being exposed. With 37 million registrations, the exposure may take some time, but it is likely to happen . . . eventually.

It is true that some names listed as account registrations on the business may be fake and some people will surely face false accusations, but when the information is authenticated, exposure will come. That was not what registrants were signing up for when they set up accounts at Ashley Madison.

Given the numbers involved, the exposures are likely to hit nearly every community, millions of families, countless churches, and just about every major corporation and institution in the nation. Christians face the responsibility to respond to these exposures with the full power of the gospel and the full measure of conviction. This is going to require the courage of every affected congregation, underlining the New Testament’s clear instructions on how to deal with sin in the life of a believer. This moral emergency also calls for the full measure of Christian compassion and care for spouses, families, and friends who are suffering for the sin of others.

But in the larger secular culture, the big question is whether adultery really matters or not. Marriage and monogamy have been subverted from an array of cultural forces. Moral revolutionaries declared war on monogamy, declaring it to be unrealistic, patriarchal, repressive, and antiquated. Popular culture and entertainment glorified virtually any experiment in sexual gratification and often portrayed adultery as the victory of personal autonomy and freedom. States dropped adultery from the law books, stating that “morals legislation” was doomed. Evolutionary anthropologists explained adultery as a natural and expected phenomenon.

The mainstream media seems to know that the Ashley Madison hacking story is big news, but the main concern seems to be more about embarrassment than shamefulness.

Then again, even as the larger culture tries to convince itself that it has proudly outgrown monogamy, the furor and grief over the Ashley Madison revelations point to the underlying reality that even those supposedly liberated from conventional sexual morality really do know that adultery is wrong. Nevertheless, severed from any substantial moral grounding, they are not exactly sure why adultery is wrong, or how wrong they should understand adultery to be. Once the scandal subsides, the moral concern about adultery is likely to dissipate as well.

“Life is short,” said Ashley Madison. “Have an affair.” The Sexual Revolution continues, aided and abetted by modern technology. And with that revolution comes hurt and pain beyond calculation, but our sex-obsessed culture proudly denies the obvious, and moves on.

Life is indeed short, and so is the Seventh Commandment: “You shall not commit adultery.”