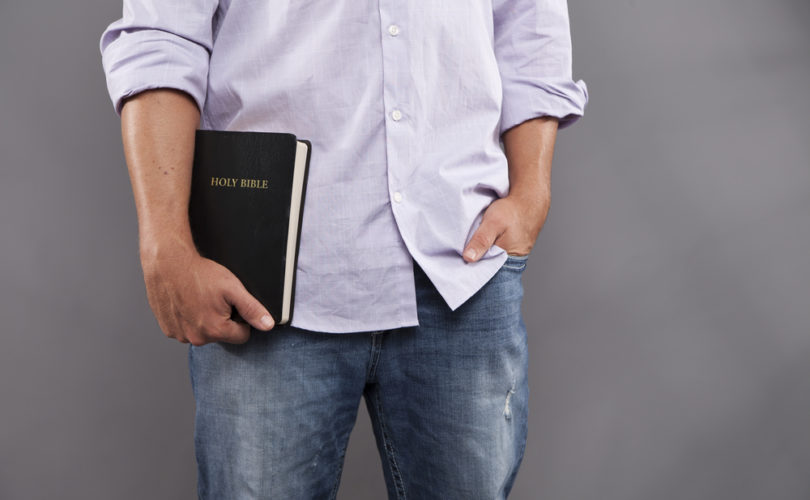 Well, summer’s almost over and vacation is in the rear-view mirror. Time to send the kids back to school, roll up the sleeves, and get back to work.

Yet before the daily grind becomes too all-consuming, I want to ask you to pause and think about a “big question”: As Christians, what is our relationship to the larger culture?

The occasion for this discussion is a debate between BreakPoint favorite Rod Dreher and his critics over what Dreher calls the “Benedict Option.”

The Benedict Option takes its name from the last paragraph of “After Virtue” by philosopher Alasdair MacIntyre. After explaining how morality went from being about virtues rooted in reason to values rooted in human feelings, MacIntyre tells his readers the sobering truth: in our case, the “barbarians . . . have already been governing us for quite some time.”

What we need is another St. Benedict, a reference to the founder of monasticism, who is credited with saving civilization.

MacIntyre’s words inspired Dreher to look for examples of people who are intentionally “dropping out of a barbaric mainstream culture that has grown hostile to our fundamental values.”

In an article in the American Conservative, Dreher wrote about two such examples—the Clear Creek Community in Oklahoma and the Eagle River community in Alaska.

What sets them apart is the willingness to live in close proximity to each other in a way that reinforces their beliefs. For instance, as Dreher writes, “Clear Creek’s mothers and fathers bring up their children largely disconnected from mainstream American popular culture.”

While homeschooling undoubtedly plays a role in that disconnection, an even bigger contributor is the willingness to be different and out-of-step with the mainstream.

Ultimately, Dreher’s “Benedict Option” is more a matter of dispositions and attitudes than geography and living arrangements. Not all of us are either called or able to take the kind of steps that the people of Clear Creek and Eagle River have taken. But we are called to ask ourselves about the effects of mainstream culture on our efforts to live our faith and pass it on to our children. What does it really mean to be in the world but not of it?

This is not disengagement. And it certainly isn’t a call to abandon the work of loving our neighbors as ourselves—the work of feeding the hungry, clothing the naked, visiting the prisoner (which, after all, are the greatest counter-cultural works Christians can perform).

But the Benedict option is an acknowledgment that, as Alan Jacobs wrote, “Man cannot live by constant engagement alone. To try is surely to be gradually but relentlessly absorbed into social structures that are at best indifferent and at worst deeply hostile to Christian faith and practice.”

It’s important to emphasize that what Dreher and others are describing isn’t so much running away from something, as their critics suggest, as running towards something. The goal, as Jacobs writes, isn’t to “build permanent barriers to contact with non-Christians, any more than people who shelter under a bridge during a thunderstorm mean to set up housekeeping there.”

So what is your family’s attitude and relationship to the culture? How about your church? Come to BreakPoint.org and click on this commentary. We’ll have some questions for reflection . . . questions you can ponder in your quiet time, at a family meeting, or with your small group.