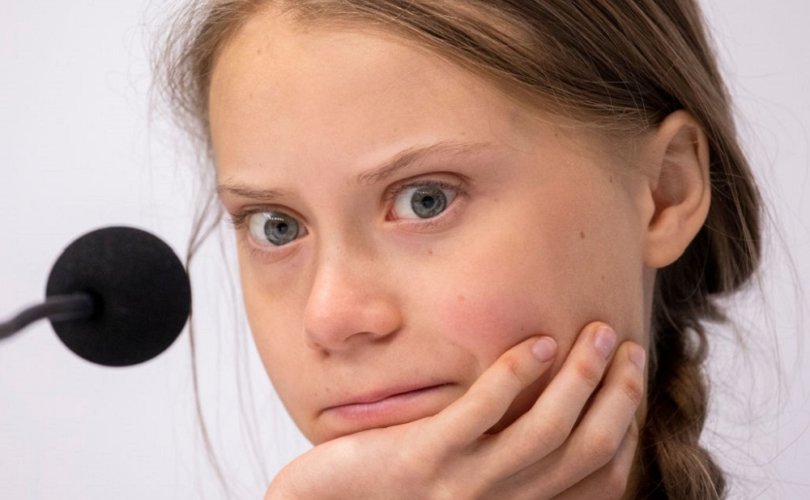 December 24, 2019 (American Thinker) — The world's most obnoxious teenager is now exploiting the misery Australians are enduring as brush fires rage amid a heat wave.  One advantage of being 16 years old is that your ignorance is matched by your presumption that everything you believe is true and righteous, even if the reality is that you are ghoulishly capitalizing on the suffering of others and don't know the first thing about this history of bushfires Down Under.

Not even catastrophes like these seem to bring any political action. How is this possible?
Because we still fail to make the connection between the climate crisis and increased extreme weather events and nature disasters like the #AustraliaFires
That's what has to change.
Now. https://t.co/DQcZViKJQz

[T]his morning from the TV news I note that St Greta the Great prophetess is linking the Australian bushfires to climate change and the “lack of action” apparently by the Australian government.

I quote from immediately below in respect of the history of bushfires in Australia. Peta Credlin has provided an example, certainly not a comprehensive one, of this history:

There is a well known Australian poem published in 1908 and I quote the second stanza:

You will note the emphasized “droughts” and “flooding”. We have always had extremes such as droughts, floods and bushfires; a brief history of these fires is mentioned above. Note also that there is no mention there of the history of fires in Queensland, Western Australia, Northen Territory (corrected) and Tasmania as Peta Credlin is a Victorian. (The Sun rises and sets over Melbourne alone the Victorians believe as the Sydneysiders believe that the Sun rises and sets only over the Harbour Bridge although it was built in 1934 [by a Queenslander John Bradfield].)

Australia's prime minister, Scott Morrison, elected in no small part due to his opposition to extreme measures including closing coal mines, was not amused, either.  The Australian (paywalled) reports:

Scott Morrison has dismissed Greta Thunberg's call for Australia to take more action on climate change, declaring he was “not here to impress people overseas”.

The Prime Minister said he would keep his focus on voters rather than the 16-year-old climate activist, who lashed the Morrison government for failing to take sufficient action on emissions in the wake of the bushfire crisis.

“Australia and the Australian government will set our policies based on Australia's national interests, on what Australia needs to do. That's where I keep my focus,” Mr Morrison said.

“It's not for me to make commentaries on what those outside of Australia think that Australia should do. We'll do in Australia what we think is right for Australia. And that has always been my guiding principle.

“I'm not here to try to impress people overseas. I'm here to do the right job for Australians and put them first.”