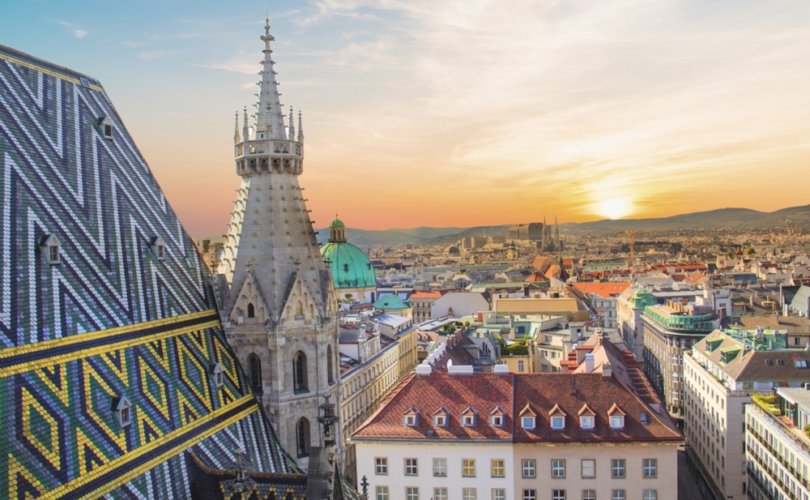 VIENNA, Austria, September 9, 2020 (LifeSiteNews) — A Catholic foundation running kindergartens and daycare centers in the Archdiocese of Vienna is implementing a sex education curriculum informed by gender ideology. Employees are trained in sex education by a group fully embracing gender ideology, too.

The St. Nicholas Foundation is a Catholic institution of the Archdiocese of Vienna. Through its kindergartens and daycare centers with about 850 employees, it looks after about 6,000 children. The Austrian Family Alliance, which is committed to the protection of children against ideological indoctrination and sexual-pedagogical transgressions at educational institutions, discovered almost three years ago that the St. Nicholas Foundation has its educational staff trained by the Viennese sexual-pedagogical association “Selbstlaut.” This association is one of the most ideologically questionable and radical associations in the German-speaking world committed to gender ideology, as can be illustrated by a few examples. In the teaching materials for 6- to 12-year-old children published by the association with financial support from the government, the following illustration of a so-called “House of Diversity” is found, in which various sexual practices are shown by children:

[Editor’s note: Readers should be warned that the illustration is extremely graphic. It can be viewed here.]

Natural procreation through the union of man and woman is presented as one of many possibilities among reproductive medicine and other approaches to having a child under the title, “How do babies really come to us?” Out of 16 family models depicted, only two represent the natural family with father, mother, and children, and these two are ridiculed by their corresponding subtitles. Pictures suggest to the children that half of the people are intersexual (in reality it is less than 0.1 percent).

These are just a few examples of the ideological content of these materials, which aim to present to children an image of sexuality that is detached from the natural family contexts in which they grew up. By denying the children’s realities of life and the biological and sociological facts, the “ideology of diversity” is supposed to be anchored in the adolescents at an early age. The association “Selbstlaut” also represents a concept of abuse prevention that is dangerous for children. The children are supposed to learn “at every small step” of an encounter to “feel” whether a “communicated consent regarding […] sexual activities” is given. This is by no means only about so-called “doctor games”, which serve to satisfy children’s curiosity. Rather, sexual activities among children should be assumed to be normal. In doing so, a morality of consent that is completely absurd for children is established. This sexualized view of children is typical of current sex education in the German-speaking world and can be traced back to the so-called “neo-emancipatory sex education” of professor of social education and pedophilia activist Helmut Kentler. Kentler’s criminal activities in the 1970s are today the subject of public debate and investigation in Germany.

Back to the St. Nicholas Foundation. This foundation had, obviously in cooperation with the association “Selbstlaut”, developed a sexual education concept for its facilities, which was obtained and published by the Austrian Family Alliance. This concept, which is now being applied within the Church, is imbued with gender ideology and reveals numerous shortcomings that are dangerous for the children. They were analyzed in detail in a report by the psychiatrist Christian Spaemann. Among other things, completely unacceptable and uncontrollable staging of sexual self-experience and doctor games are recommended for children in a public institution. According to the concept, every child has the right “to determine his or her own body, i. e. to decide what kinds of touches he or she finds pleasant and who may touch what, how, where and when.” Even the decidedly liberal, respected German sexual pedagogue Karla Etschenberg, when asked, looked at the concept and, in a letter she wrote, assessed it negatively throughout, describing it as dangerous for children. This raises the question of how it is possible that such concepts, influenced by cultural Marxism, can be applied in the Church, while the psychological consequences of sexual assaults between children are increasingly being discussed in scientific communities and the media. Any experienced psychotherapist can tell a thing or two about this.

What has happened in the meantime? More than two years ago, the Austrian Family Alliance contacted the archdiocesan leadership. In doing so, the organization demanded that the foundation publicly distance itself from the “Selbstlaut” association, withdraw the sexual education concept, subject the staff to corrective retraining and, if necessary, draw consequences as to personnel so that one can be sure that nothing like it will happen again in the future. Only in this way can parents in good conscience entrust their children to this foundation. Nothing has happened despite repeated interventions at various levels of Church authorities. This is perceived as depressing insofar as these are children in need of protection. It is also about numerous well-meaning pedagogical staff members who are exposed to ideological indoctrination through further training at the association “Selbstlaut” and who would also be entitled to protection by their employer. The Austrian Family Alliance wants to continue the fight.

The article was first published in German by Austrian Catholic news website kath.net on September 8. With permission, it was translated into English by LifeSite’s Martin Bürger.