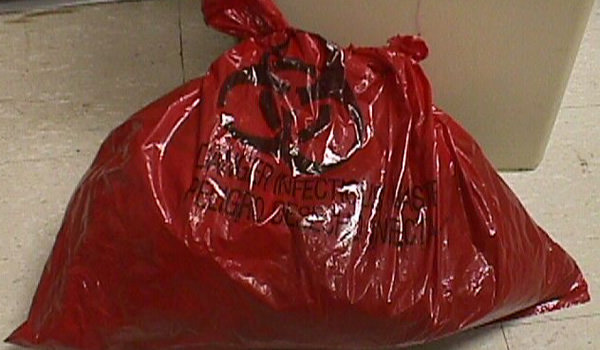 May 6, 2013 (LiveActionNews.org) – A Gyn Diagnostics Center, an abortion clinic in Hialeah, Florida, has a slick and professional-looking website. The site features a picture of a thoughtful- and earnest-looking woman and tells prospective patients that:

The professionals at A Gyn Diagnostics Center are experienced in the areas of women’s health, abortion services, and family planning issues. We are sensitive to the personal issues surrounding birth control and unplanned pregnancy. … From a free pregnancy test to abortion procedures performed by board certified physicians, we will offer excellent care, privacy, confidentiality and compassion.

There is nothing to indicate the grisly events that happened at the clinic in July of 2006.

On July 20 of 2006, an 18-year-old woman named Sycloria Williams arrived for a routine abortion in the 22nd-23rd week of her pregnancy. In 2006, late-second-trimester abortions were legal everywhere in the country, and they are still legal in all but a few states. Williams had paid her $1,200 and was prepared for her abortion. She was given two pills to dilate her cervix and instructed to wait for her abortionist, Pierre Renelique, to arrive. The abortionist, however, was running late. Williams sat for hours, in increasing pain. She ended up delivering a living, breathing premature baby. As the newborn baby girl, who had black hair and brown eyes and weighed approximately 1 to 2 pounds, lay on the floor kicking amid the ensuing commotion, one of the owners of the clinic, Belkis Gonzalez, picked her up and threw her into a red plastic biohazard bag, where she eventually died.

This would have been the end of the story, and no one would ever have known about what happened – except that an anonymous call was made to the police. Police believe that the call was made by another clinic worker, but this has never been determined. Perhaps witnessing the delivery and murder of a living, breathing child was too much for one of the abortion workers to bear, and she could not allow the incident to be swept under the rug. Police searched the clinic but did not find the aborted baby. It was later determined that the child, still in the bag, was hidden by being thrown onto the clinic’s roof. After two more calls from the anonymous informer and another search warrant, the police found the body of the child stuffed into a cardboard box.

According to Hialeah Detective Tony Rodriguez, the lead investigator, “in 24 years in law enforcement, I have never seen a case like this.”

Joanne Sterner, president of the Broward County chapter of the National Organization for Women, commented on the case, saying, “It really disturbed me. I know that there are clinics out there like this. And I hope that we can keep [women] from going to these types of clinics.” One wonders why, if the National Organization for Women is aware there are terrible abortion clinics, its leadership do not take steps to improve them or shut them down.

The autopsy report verifies that the baby was born alive and breathing, as air was found in her lungs. The original autopsy report identified the cause of death as “extreme prematurity,” but the act of placing the still breathing baby into a plastic bag would have ensured her death.

Pro-life groups such as Operation Rescue put pressure on law enforcement to press charges against the clinic. Initially, charges against Gonzalez were filed – not for murder, but for evidence-tampering and the unlicensed practice of medicine. However, even these charges were soon dropped.

Prosecutors argued that the unborn baby was too young to have survived. Viability is generally considered to be 24 weeks, but younger babies have survived. The little girl, who was named Shaunice by her mother but who was identified only as “Baby Girl Williams” in the autopsy forms, weighed between one and two pounds when she was born. Indian baby Rumaisa Rahman survived after being born weighing only 8 ounces. Maddalena Douse was born at 23 weeks and weighed less than a pound. She survived and is a healthy baby today.

This incident of an abortion live birth only came to light because one person with a conscience chose to inform the authorities. How many other times have things like this happened and been hidden?

Note: This is part 5 of a series about how babies are born alive during abortion procedures:

Reprinted with permission from LiveActionNews.org. Sarah Terzo is a pro-life author and creator of the clinicquotes.com website. She is a member of Secular Pro-Life and Pro-Life Alliance of Gays and Lesbians.