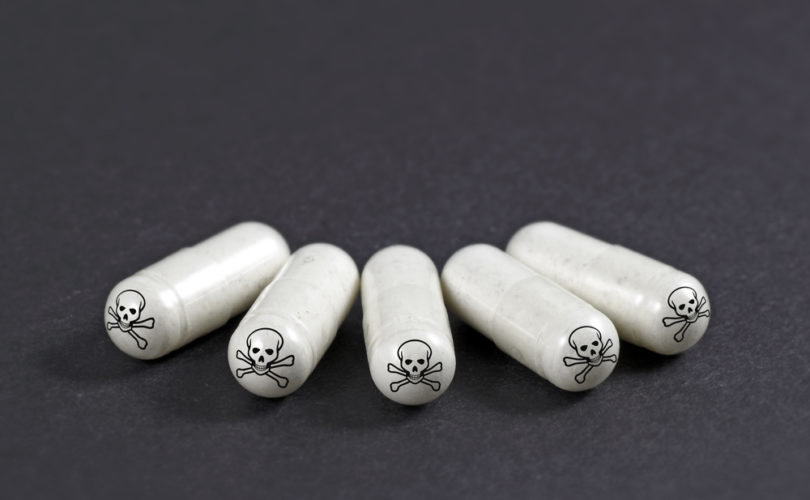 April 20, 2018 (The Public Discourse) – The state of Hawaii has become the latest jurisdiction in the United States to legalize physician-assisted suicide. The Hawaii governor just signed legislation sent to him by Hawaii's House of Representatives and State Senate that authorizes physician-assisted suicide in the state, effective January 1, 2019.

Bowing to political and social pressures, some state and district medical associations have begun to change their official opposition to physician-assisted suicide. These changes are dangerous, for the testimony and opinions of physicians are generally granted considerable weight by the people and their legislators. If more medical associations are swept up by the influence of special interests pushing for the legalization of physician-assisted suicide, the advancement of assisted suicide legislation could gain considerable traction.

There is now a host of state and district medical association chapters of the AMA that are, in some form, no longer opposing physician-assisted suicide. The number of these associations is greater than the number of states in which the practice is legal. (The practice is technically legal as of now in six states and Washington, D.C. Five of these states passed legislation outlining official procedures and regulations, and the sixth—Montana—effectively legalized the practice by wayof a court ruling that found physicians could not be charged for committing the act, but the state has no administrative regulations in place. Hawaii will become the seventh state—and eighth jurisdiction—in which physician-assisted suicide is legal on January 01, 2019.)

Changing with the Moment

The latest state or district medical association to change its position is the Massachusetts Medical Society (MMS). In December, the governing body of the MMS voted to end its opposition to physician-assisted suicide by a vote of 151 to 62; and, by a vote of 152 to 56, the House of Delegates voted to adopt a neutral position on the issue. Even worse, in that second vote, the board capitulated to special interests by officially adopting the euphemistic newspeak “medical aid-in-dying” for the practice of suicide by physician's referral.

Just a little over two months before the MMS vote, the organization was actively opposing physician-assisted suicide legislation in Massachusetts. With lives at stake, the organization quickly caved to the tyranny of fashionable opinion.

The verdict in Massachusetts came on the heels of the decisionin November by the Vermont Medical Society (VMS) to end its opposition to the state's physician-assisted suicide law. The VMS bowed to the influences that have only grown stronger since the state made the practice legal in 2013. Released in December 2017, Vermont's first-ever report on physician-assisted suicide in the state revealed that fifty-two individuals qualified for legal assisted suicide, with twenty-nine ultimately dying directly from the ingestion of a physician-prescribed suicide cocktail. It is not clear how many of the remainder have received the deadly poison. In addition, four individuals who were allegedly terminal and were approved to receive the modern hemlock did not ingest it and were actually still living, according to the collected data.

In California, as SB-128 (the state's physician-assisted suicide law) made its rounds in the Senate and Assembly before being signed by the governor, the California Medical Association recalled its opposition to assisted suicide, bowing to intense lobbying and the ephemeral winds of opinion. In California, from June 9, 2016, the law's effective date, until the end of 2016, 191 people were prescribed suicide drugs and 111 died after taking them.

In 2016, less than two months before Colorado voters would go to the polls and vote in favor of Proposition 106, which authorized physician assisted-suicide in the state, the Colorado Medical Society changed its stance on the practice from opposed to neutral. A report shows that in 2017, the first full year of the Colorado implementation, sixty-nine patients were prescribed a suicide substance, fifty-six of whom had died (it is not known how many died directly from ingestion).

In Hawaii, the executive director of the state's medical association, Christopher Flanders, wrote a forceful letter in 2012 decrying physician-assisted suicide, which he called “unethical and fundamentally inconsistent with the pledge all physicians take to devote themselves to healing and life.” Just four years later, he did not answer a newspaper reporter's question on whether the Hawaii Medical Association (HMA) still stood by its earlier position, but stated that they had “softened our position on that quite a bit.” The next year, in 2017, Flanders and the HMA flipped publicly and refused to oppose the state's physician-assisted suicide legislation, deciding, rather, to remain neutral on the matter. Displaying how physicians' alleged expert medical opinions were being influenced by exterior ideologies and pressures, Flanders conceded: “sometimes the writing's on the wall, and we have to accept that.” One factor that could have contributed considerably to the Hawaii legislative decision in March might have been the HMA's change in opinion. The bill was the first to be voted on since the HMA made its neutrality announcement and all prior legalization attempts had always failed to be approved.

In addition to Massachusetts, Vermont, California, Colorado, and Hawaii, the medical societies of the following states and districts are among those that have in some form publicly altered their stances on physician-assisted suicide from opposed to neutral either in general or in response to specific legislation: Oregon, in 1994; Nevada, in 2017; Minnesota in 2017; Maryland in 2016; Maine, in 2017, and Washington, D.C. in 2015.

The trend is troubling for those who know the truth about the thoroughly inhumane practice of legally sanctioned suicide by physician prescription. Physicians must resist the politicization of truth, for the truth knows no politics. Members of other state medical associations must ensure that their own groups do not capitulate to the trend, while members of those groups that have already fallen must push actively for a return to opposition to a practice that is in direct conflict with the duties of the physician.

Deceit: Euphemisms and Altering the Meanings of Terminology

Those who understand the truth about physician-assisted suicide must also battle against its proponents' attempts to alter terminology relating to assisted suicide.

Aristotle argued in the Topics that: “For those who make false statements, and say that an attribute belongs to [a] thing which does not belong to it, commit error; and those who call objects by the names of other objects (e.g. calling a planetree a 'man') transgress the established terminology.”

The proponents of physician-assisted suicide are trying to change definitions; they are “calling,” to use Aristotle's words, “a planetree a 'man.'” The president of the Vermont Medical Society, Trey Dobson, has said that changing the Society's terminology from '”physician-assisted suicide” to “medical aid in dying”' helps physicians “understand” that the issue is “not about suicide” but “about helping patients who are suffering.” Physician-assisted suicide advocates have also attempted to redefine and to rebrand the meaning of “compassion.” The Latin origin of the word means: “to suffer with.” There is, however, no compassion in the killing of a human being or in the hastening of an individual's death because of illness or disability.

The reason for the hijacking and alteration of words by physician-assisted suicide proponents is that the words that make the most sense reveal too much truth. These advocates adopt softer-sounding euphemisms in order to mask the truth of the actions actually taking place.

The multitude look to experts for guidance, and individuals often trust the medical opinions of physicians. In the Topics, Aristotle agrees with the tendency to look to the knowledgeable for definitions, rather than to the multitude, saying “it is right to call 'healthy' whatever tends to produce health, as do most men: but in saying whether the object before us tends to produce health or not, we should adopt the language no longer of the multitude but of the doctor.”

Aristotle, however, did not expect the present conundrum in the case of physicians' professional societies changing their stances on the definition of health and on the proper ends of the physician. In these medical societies, the physicians' judgements can no longer be trusted, for their expert opinions are being coerced by exterior ephemeral ideologies.

One of the largest special interest ideological groups pushing for physician-assisted suicide in the United States instructs patients that there is no shame, or possible financial-estate ramifications, in choosing suicide by physician: “If your death results from taking medications legally prescribed and obtained under a physician aid-in-dying statute, your death certificate will list your underlying illness as the cause of death.”

Indeed, the truth behind the person's death is concealed. As the special interest group exclaims: “Physician aid in dying statutes specify that participation under them is not suicide. Therefore, your decision to end your life under an aid-in-dying statute has no effect on your life, health, or accident insurance or annuity policy.” The special interest group is speaking correctly: the death certificates of physician-assisted suicide victims are indeed required by law to conceal the truth.

For instance, official instructions for physicians by the Washington State Department of Health mandate the following: “The underlying terminal disease must be listed as the cause of death” and “The manner of death must be marked as 'Natural.'” Further, “The cause of death section may not contain any language that indicates that the Death with Dignity Act was used.” And “If a death certificate contains any reference to actions that might indicate use of the [physician-assisted suicide] act, the Local Registrar and Funeral Director will be instructed, under RCW 70.58.030, to obtain a correction from the medical certifier before a permit to proceed with disposition [to the State Registrar] will be issued.” In other words, the truth must be masked with a lie. Anyone who attempts to tell the truth will be forced to make a “correction” and utter state-mandated falsehood.