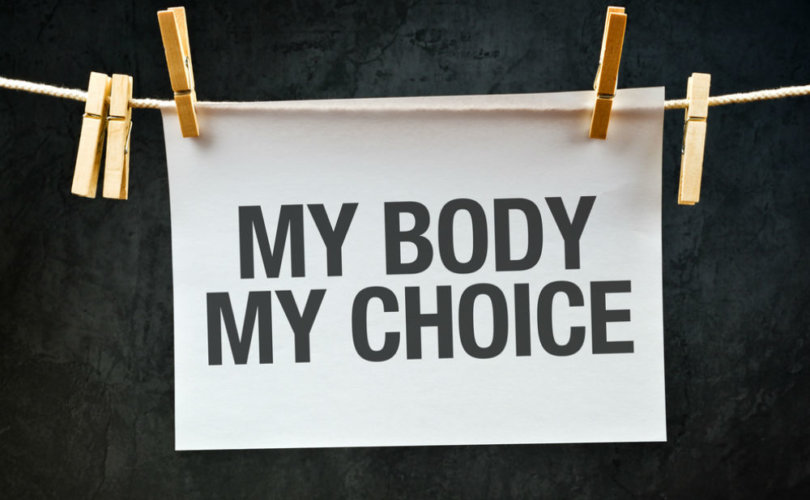 May 20, 2016 (LifeSiteNews) — It was Wednesday evening, the sun was setting, and I was just leaving a business meeting. As I walked down the street, I saw police lights flashing across the road at the Canadian Tribute to Human Rights Memorial. I knew immediately what was going on. I had watched less than an hour earlier as event organizers prepared the microphones and readied themselves for the candlelight vigil that was to be held there that night. I had seen the stream of pro-life activists, young and old, walking down Elgin Street towards the memorial. I had felt a swell of pride for their courage and perseverance, and I had felt an instant camaraderie with the event participants, even though we had never met and would likely never know each other’s names.

So in that moment, seeing those flashing lights, I knew what had happened. As I watched from across the street, I could see the pro-abortion protestors who were occupying the ‘stage’, waving their signs and shouting their slogans. I could also see the women who were being dragged away from the event by the police, screaming and collapsing to the pavement. And even though I disagreed with them and what they stood for, I felt their pain. So after watching for a few seconds longer, I continued on my way, not wanting to add to the spectacle of what was likely one of the worst moments of their lives.

But even though my eyes were turned away, I could hear the pro-abortion protestors begin to shout. And all down the street, as I walked, I heard them shout those four familiar words:

Most of us are all too familiar with this slogan. We know what it means, why it is used, and how to respond to it. I mention this pro-choice rhetoric in almost every single presentation I do, particularly with students, because it has a very attractive logic to it.

My body, my choice.

It sounds so simple. So empowering.

I’m not writing this as a response to the argument behind these words, even though I do have an answer. Rather, I am writing this to address the worldview that these words mask: the worldview that is held by those who occupied the stage and tried to ruin the event by pulling apart the sound equipment. Because behind the rhetoric of “my body, my choice”, there is a distinct perspective that has an incredibly narrow view of what choices should be allowed and who should be entitled to make them.

But don’t be deceived. Because those who use this slogan do not fight for freedom across the board. No, their freedom is only for the few: the few who agree, the few who conform, or the few who remain silent.

Take the situation on Wednesday evening as an example. A candlelight vigil is taking place. A group of pro-life individuals are exercising control over their bodies and choosing to attend a pro-life event. But then a group of pro-abortion individuals take away the freedom and choice of the pro-life individuals by staging an aggressive protest. And ironically, they do this all using the rhetoric of “my body, my choice”.

Pro-abortion advocates will say “my body, my choice”.

But then they take away a pro-life individual’s ability to choose to peacefully assemble.

Pro-abortion advocates will shout “my body, my choice”.

But then they take away a pro-life individual’s ability to choose to speak freely about their beliefs.

Pro-abortion advocates will scream “my body, my choice”.

But then they are all-too-willing to take away my ability to identify as a pro-life feminist.

Do you know why I hate the slogan “my body, my choice”?

Because, behind this empowering façade, there is an elitist mentality that says only a few people, only a few members of society, only a few women should truly have a right to choose. And I am not included in those few. And if you are pro-life, neither are you.

I’ve said it before, but it would seem that I need to say it again:

An individual’s right to choose what they want to do with their body ends where the rights of another human being begin.

This applies to the mother facing an unplanned pregnancy.

And this applies to the pro-abortion protester facing a pro-life perspective.

Lia Mills first stepped onto the stage of activism at the age of twelve, when a video of her presenting a speech about abortion went viral on YouTube. Now nineteen-years-old, Lia is undeterred in her goal to make abortion both unnecessary and unthinkable. Her autobiography will be released in later this year. For more information, visit https://www.liamills.ca/.