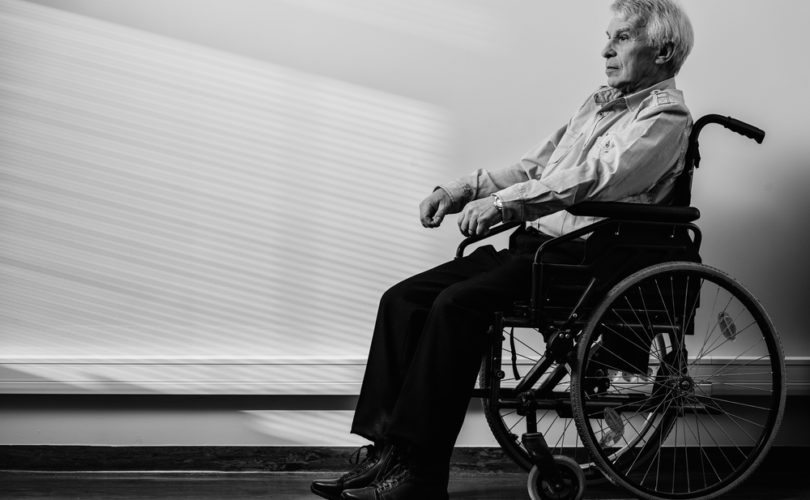 June 30, 2015 (MercatorNet) — The name and the story of Belgian chemist Dr Tom Mortier (a MercatorNet contributor) has become known throughout the world. His physically well mother was clinically depressed. Yet in 2012 she was euthanised without his knowledge in Belgium. He and his sister were left to pick up the pieces.

His experience was recently described in a stunning feature in The New Yorker by journalist Rachel Aviv. Ever since his mother’s death Tom has been campaigning against legalized euthanasia in Belgium, much to the consternation of figures in the euthanasia establishment who have become the darlings of the media.

“I am afraid that the notion of ‘free will’ has become dogma, behind which it is easy to hide,” Tom wrote in a Belgian medical journal. “Wouldn’t it be better to invest in mental health and palliative care?”

The establishment was indignant at this impertinence. Etienne Vermeersch, who has been called the most influential intellectual in the country, complained that Tom was conducting a “smear campaign”. Seven thousand people signed a petition objecting to the criticism. At least he knows who his enemies are…

Tom spoke recently about his experiences at a symposium I organised in Adelaide, South Australia, and two weeks later in Dublin. We have corresponded and talked on and off for the last few years after meeting briefly in Brussels in November of 2013.

Tom is incredibly open and honest about his personal history: his father’s suicide when Tom was small; becoming both child and carer for his mentally-ill mother; their later estrangement; and his own difficulties in dealing with depression and mental health issues.

His mother’s death and the trials that followed as he struggled to understand the how and the why can be easily understood to be stressful and challenging.

Tom and I went fishing for a few days after our event. He’s a warm and intelligent man with a zany sense of humour. He is also a husband and father. We spoke about his grief following his mother’s death, what he has learned since about euthanasia practice in Belgium. Tom says, “I did not ask for any of this.” I am in awe of Tom, his inner strength, his lucid thinking and his drive for justice. He is a survivor, not a statistic.

But any suggestion that Tom’s behaviour, the path he has pursued and the questions he has asked of those involved in his mother’s death, are the actions of someone who is not in control of his faculties, who sought, “self-treatment with lawsuits to the European Court of Human Rights” is beyond the pale. But that is precisely what Dr Jan Bernheim and Professor Etienne Vermeersch did in defending their euthanasia colleagues in the De Morgen newspaper after Tom’s story was the focal point of an extensive article in The New Yorker magazine recently.

Bernheim, like Dr Wim Distelmans who killed Tom’s mother, is an oncologist. Vermeersch is a philosopher. Along with Distelmans, they are part of the foundation movement that brought euthanasia to Belgium in 2002. None is a psychiatrist and yet Distelmans cleared a mentally-ill woman for euthanasia while his colleagues “diagnosed” her son as suffering “pathological grief” in a newspaper – no issues of confidentiality for them!

There’s a very distinct empathy deficit here; a deficit, I submit, that characterises the Belgian euthanasia experiment over these last 12 years.

Think of the pain and distress this De Morgen article visits upon Tom and his family. If Bernheim and Vermeersch had the slightest shred of decency they would have taken a more humane and sensitive route in defence of their colleagues.

But then, this does not surprise me. I first met Tom at a debate on euthanasia in Brussels in 2013. Tom and I were in the audience that night when both Bernheim and Vermeersch defended Belgian euthanasia. As the evening began Bernheim declared himself a Malthusian devotee of population control. Vermeersch declared that he wanted to be rid of “all suffering” in Belgium (I’ll leave the reader to contemplate what that might mean) and made it abundantly clear that people living with disability were a target. There was no “common ground” between the two sides that night; nihilism has no friends.

Ad hominem attacks such as this are really the white flag of surrender. That one courageous man can stand up to this vicious behaviour and nepotistic cohort in a country where euthanasia has become a “fundamental human right” and expose its raw underbelly is testament to the ‘power of the one’.

Tom Mortier, we salute you!