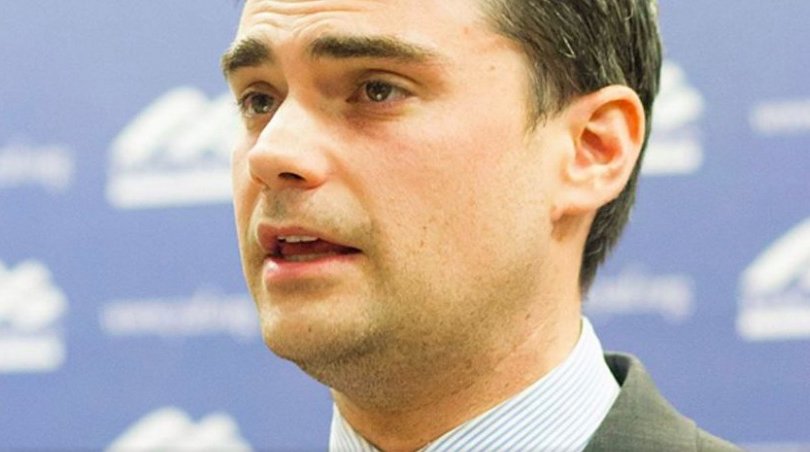 October 12, 2016 (LiveActionNews) — Actress Olivia Wilde recently sent shockwaves across the country when she appeared in a video, pregnant, saying she would be voting for abortion in November because she’s “literally about to have a baby.” According to Wilde, abortion is a “basic human right.” People were predictably shocked and disgusted, because the idea of a pregnant woman using her preborn baby as an excuse to shill for abortion is abhorrent. It didn’t take long for someone to come up with an incredible response.

Ben Shapiro took on Wilde’s comments for a segment on “The Ben Shapiro Show,” where he utterly destroyed every pro-abortion argument that the abortion lobby likes to use.

“This is about as perverse a notion as I could possibly imagine,” he said. “That as you’re about to have your child, you’re thinking, ‘boy, wouldn’t it be great if I could still kill this thing?'”

Shapiro then warned viewers about what they were about to see: “This is going to be mildly graphic,” he said, “but it’s important, because I’m sick of euphemisms. It’s not aborting a fetus; it’s not getting rid of a ball of tissue.”

Wilde and abortion supporters want women to be allowed to have an abortion anytime they want, even moments before birth. They do so in the name of “human rights,” which Shapiro completely dismisses, saying no one has the “right” to kill another human being. He used an awful picture of one of abortionist Kermit Gosnell’s victims to drive the point home.

As Shapiro pointed out, these are fully-formed children. Abortion kills these children out of convenience.

“The idea that you get to murder a kid… no one has a ‘right to choose’ this,” he said. “No one. No one. No one has a ‘right’ to choose this — that’s a baby — you don’t get to kill it just because it’s convenient to you. You don’t have a right to say, ‘It’s my decision to decide where and when and how to have the baby.’ That’s an individual human being, and if that baby were outside the womb and you stuck a knife through its chest, you’d be charged with first-degree murder. You kill it in the womb, and we call it a ‘human right.’ That’s not a ‘human right,’ because that’s a human and that human doesn’t have any rights because you just decided its rights are less important than your right to your own convenience.”

“Despicable,” Shapiro added. “Despicable.” He then showed a graph that outlines the development of a preborn child:

Let’s play a game, leftists. It’s called: when is it okay to kill this baby?pic.twitter.com/Szb5YEAQpM

Some abortion advocates believe that you should be able to abort a baby right up to birth — and they do so in the name of “choice,” as if choosing to dehumanize, subjugate, and kill people is a “human right” that anyone can choose.

“This is not a matter of a ‘women’s right to choose,'” Shapiro said. “A slave owner didn’t get to ‘choose’ to hold slaves; Nazis didn’t get to ‘decide’ which Jews got to live. And don’t give me the, ‘it’s legal, therefore it’s okay.’ Lots of things were legal; lots of things in human history have been legal that were totally evil.”

Of course, the abortion lobby doesn’t want people seeing graphic pictures like the baby girl above. It’s traumatizing, and rightly so — seeing victims of any crime is horrifying to any person with a conscience. But according to Shapiro, that response should tell abortion advocates something.