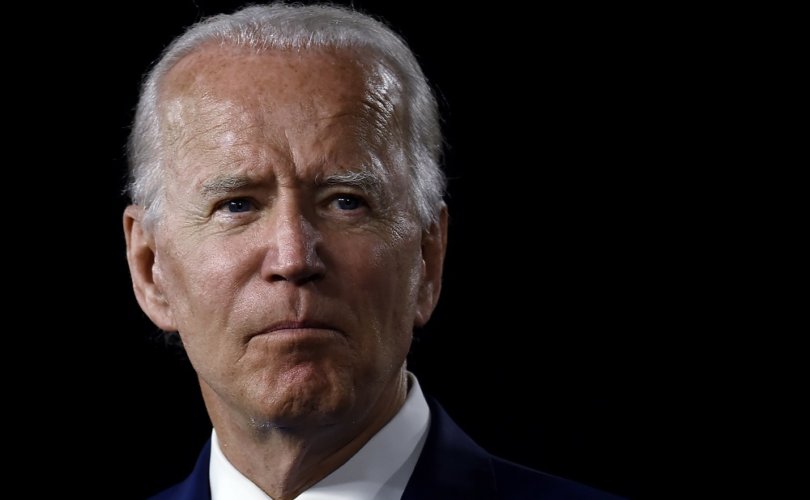 April 20, 2021 (AmericanThinker) – On April 15, President Biden signed an Executive Order on Blocking Property with Respect to Specified Harmful Foreign Activities of the Government of the Russian Federation. Contrary to its title, this Executive Order (EO) is not about Russia. It is designed to allow the Biden administration to deprive American citizens and organizations of their rights and property by arbitrarily linking those persons to real, imagined, or vaguely defined activities of the Russian government.

The Biden administration unilaterally makes the determination and requires neither criminal acts nor intent. The punishment is blocking assets and a prohibition on any dealing with the accused person. Spouses and adult children of individuals found guilty by accusation under this EO are punished, too.

The EO was preceded by some distracting manoeuvres, both diplomatic (hostile rhetoric toward Russia) and military (sending naval ships toward the Black Sea and recalling them back, as if dealing with Russian threats). Thus, many people assumed that the EO was directed at Russia, and completely missed the fact that it is directed at dissent here, at home.

Over the past four years, the Democrat Party, Fake News, and Big Tech have been frequently portraying their opponents as Russian trolls or Russian misinformation operators. The Russian collusion narrative, initially invented to overthrow the Trump administration, has been used to smear many conservative movements. Now this effort has been crowned by an Executive Order.

Biden’s administration has been recently pushing so many other radical changes, such as packing the Supreme Court, eliminating the filibuster, restricting Second Amendment rights, etc., that the real ramifications of this new EO went completely unnoticed. In my opinion, this EO is the most dangerous of them all. It allows the Biden regime to eliminate its opposition, quickly and quietly.

Section 1 of the EO enumerates prohibited activities and defines guilty persons as those “determined” by the Secretary of Treasury and/or Secretary of State in consultation with the Attorney General to be:

(B)  interference in a United States or other foreign government election;

(C)  actions or policies that undermine democratic processes or institutions in the United States or abroad;

Some of the language in this EO borrows from another: EO-13224 – Blocking Property and Prohibiting Transactions With Persons Who Commit, Threaten To Commit, or Support Terrorism. George W. Bush signed EO-13224 on September 23, 2001, in response to 9/11.

However, Biden’s EO is as similar to Bush’s EO as an atomic bomb is to a sniper rifle. Bush’s EO targeted financing terrorism. It defined terrorism clearly and narrowly. It minimized legal jeopardy to US persons. It did not strip away the standard for criminal liability requirements of action and intent. It did not target spouses or children of accused individuals. Additionally, Bush made a legally meaningful promise to use it with due regard to culpability and the Bush administration used it with restraint. Even so, Democrats criticized it harshly, opposed it, and fought it in courts.

In contrast, Biden’s new EO is directed mostly at US persons. It criminalizes speech and political activities, based on whimsical and arbitrary definitions. The Biden administration can define “malicious activities,” “democratic processes or institutions,” and the activities that undermine them as it wants.

The Biden administration is also free to interpret what constitutes “interests of the Russian Government.” Such broad and vague language allows the Biden regime to select US citizens and political organizations arbitrarily, and then deprive them of their property and rights without anything reminiscent of due process. The EO does not even require that anybody commit an actual crime somewhere. False cyber-attribution or fake bounty claims are sufficient. Biden’s remarks to the EO showed no regard to the culpability of any targeted US citizens or other persons.

Leftist pseudo-elites have been eager to ban speech based on allegations that such speech may be beneficial to Russia. Such ideation has been present among Big Tech influencers for a long time. This EO effectively gives Big Tech, banks, and credit card companies a new pretext to deplatform conservatives and anyone else who opposes the Biden regime by claiming that they are now engaged in illegal activity.

Biden’s EO appears to allow the Democrat party to deny Americans the right to advocate against it in future federal elections. This might be accomplished through a “determination” that Russia is interfering in elections against democratic candidates. Thus, any US citizens who also oppose Democrats could be found to acting for Russia’s benefit, directly or indirectly.

The list of prohibited activities justifying a Biden administration “determination” to deprive American persons of their property and other rights (referred to here as a “Deprived Person”) states:

[a] (iii) to be or have been a leader, official, senior executive officer, or member of the board of directors of:
…   (C)  an entity whose property and interests in property are blocked pursuant to this order;

For comparison, Bush’s EO only covered the leaders of terrorist-supporting entities, not multiple officials, executives, or directors.

[a] (v)    to be a spouse or adult child of any person whose property and interests in property are blocked pursuant to subsection (a)(ii) or (iii) of this section;

[a] (vi)   to have materially assisted, sponsored, or provided financial, material, or technological support for, or goods or services to or in support of:

(A)  any activity described in subsection (a)(ii) of this section; or

[a] (vii) to be owned or controlled by, or to have acted or purported to act for or on behalf of, directly or indirectly, … any person whose property and interests in property are blocked pursuant to this order.

Notice the infinite reach these subsections afford. Those connected to a “Deprived Person” can receive the same designation, and so on. There is no limit to the number of iterations.

“Deprived Persons” essentially become untouchables, as dealing with them in any way is expressly prohibited without additional determinations:

Sec. 2.  The prohibitions in section 1 of this order include:

(a)  the making of any contribution or provision of funds, goods, or services by, to, or for the benefit of any person whose property and interests in property are blocked pursuant to this order; and

(b)  the receipt of any contribution or provision of funds, goods, or services from any such person.

Giving legal representation, hosting the website, selling food, and giving medical care to a “Deprived Person” is automatically prohibited. Section 4 prohibits transactions that “cause a violation” of this EO, even absent intent or knowledge. This serves as a hint to pre-emptively cut ties with anyone the Biden regime targets.

Section 9 exempts UN bodies and “related organizations” (NGOs) from any responsibility for interfering in US elections and other activities under this order.

The Russian Federation is mixed into the EO only for distraction and as a primer, triggering expanding layers of culpability.

I do not expect any putative human rights organizations or large media outlets to hold the Biden regime accountable for how it applies this EO or to defend its victims. So far, these outlets have either ignored it or defended it.