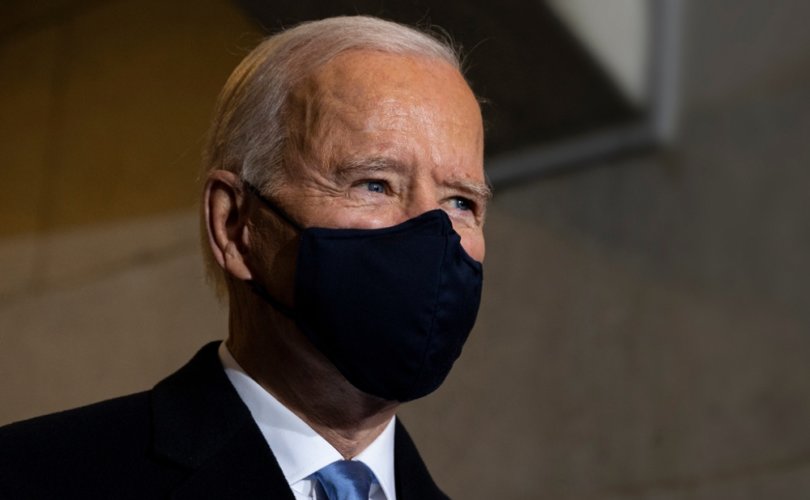 (Conservative Treehouse) – Deep inside the legislative language of the falsely titled “Inflation Reduction Act,” aka, “The Green New Deal legislative vehicle constructed by lobbyists and passed by Congress,” people are now starting to realize a carbon-trading system was created.

Ultimately, a carbon trading system has always been the holy grail of the people who run the western financial system and want to create mechanisms to control wealth by using the “climate change” agenda.

READ: Green New Deal is a new version of Agenda 21, the plan to destroy US way of life

A carbon trading system is a very lucrative financial transfer mechanism with a potential scale to dwarf the derivative, Wall Street betting market. Secondarily, such a market would cement the climate change energy policy making it very difficult to reverse. The new creation as explained by the Wall Street Journal, holds similarities to the EPA’s (Environmental Protection Agency’s) ethanol program.

The Renewable Fuel Standard (RFS) is a government mandate, passed in 2005 and expanded in 2007, that requires growing volumes of biofuels to be blended into U.S. transportation fuels like gasoline and diesel every year. Approximately 40 percent of corn grown in the U.S. is used for ethanol. Raising the amount of ethanol required in gasoline will result in the need for more biofuel (corn).

The EPA enforces the biofuel standard by requiring refineries to submit purchase credits (known as Renewable Identification Numbers, or RINs) to the EPA proving the purchases. This enforcement requirement sets up a system where the RIN credits are bought and sold by small refineries who do not have the infrastructure to do the blending process. They purchase second-hand RIN credits from parties that blended or imported biofuels directly. This sets up a secondary income stream, a trading market for the larger oil companies, refineries and importers.

Understanding how that system operates, back in June I said, “the RIN credit trading platform is similar to what we might expect to see if the ‘Carbon Trading’ scheme was ever put into place.”  Well, based on the legislation within the Green New Deal/Inflation Reduction Act, that’s exactly what is happening.

As reported by the Wall Street Journal:

A brand-new market for green tax credits is taking shape as bankers and advisers figure out how to funnel tax breaks from energy companies that generate them to profitable corporations eager for smaller tax bills.

The market is forming because Congress last month expanded renewable-energy tax credits and made them transferable in the law known as the Inflation Reduction Act.

[…] The tax-credit sales mark a shift in the U.S. strategy for attracting public and private capital to renewable-energy projects, and they will happen alongside existing climate-finance markets such as carbon offset purchases. The deals won’t start in earnest until 2023, but lawyers and financiers are already structuring transactions. They are discussing arrangements in which credits would be sold at discounts from face value, and they are determining how to cushion tax-credit buyers against potential risks.

Within a year or two, it could be easy for a corporation with no direct renewable-energy investment — a profitable retailer, pharmaceutical maker or high-tech company — to purchase tax credits. Because of the expected discounts, companies could earn an instant profit, paying $90 or $95 for a $100 coupon off their income-tax liability.

These transferable credits, however, expose a potential dilemma for Democrats. The party aimed to raise corporate tax bills and prevent large, profitable companies from paying too little. But the tax-credit transfers open a new avenue for many of those same companies to pay less.

‘They can basically purchase the tax credits, advance their ESG goals and get certain economics from the credits without taking any construction or operational risk of the project,’ said Hagai Zaifman, a partner at Sidley Austin LLP in New York who helps structure renewable-energy deals.

We know exactly who we have to thank for this, West Virginia Senator Joe Manchin.