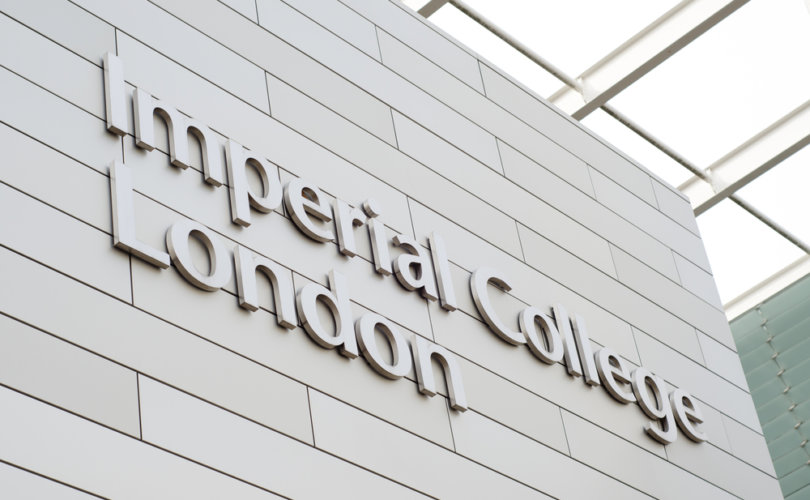 [Update: the World Health Organization has now labeled this strain the “Omicron variant,” in noticeably skipping over “Xi” in the greek alphabet]

The corporate press and world governments have produced an incredible amount of noise about a claimed new COVID variant, the “Nu” variant, which has been detected in South Africa and Botswana.

The ‘nu’ variant has an eye-watering number of mutations, many of which could help it dodge immunity, or make it more infectious.

Just as with previous ruling class-fomented bouts of Hysteria-19, there is no statistical cause for alarm over this new strain, which is one of over 100,000 mutations of the coronavirus.

The “new strain” has hardly produced any lab confirmed cases, but a panicked narrative has already been seeded in the public. The U.K. in particular has driven the fear to new levels. The country has already added several African nations to its travel ban list, citing the new strain.

OK, it looks like we may have a Nu Variant of Concern on our hands … 😕

From noon tomorrow six African countries will be added to the red list, flights will be temporarily banned, and UK travellers must quarantine.

Similar to every other government-prescribed policy to fight a war on a virus, travel bans do not actually work to stop a virus, but they do successfully agitate the markets and masses into bouts of madness.

And it is not a coincidence that the U.K. is again the first mover on the “Nu strain” front.

The new variant hysteria originated at Imperial College UK, the home of a disgraced, corrupted academic modeling institution that proselytized lockdowns to the Western world. Throughout COVID Mania, Imperial has been the source of countless versions of “new strain” propaganda.

But the institution does not only participate in shoddy modeling. It both foments the insanity and demands a series of totalitarian measures to deal with their faulty narrative creations.

The new variant scare campaign originated earlier this week with a Twitter thread from Tom Peacock, a postdoc in his early 30s who is employed at Imperial College London. He set the gears in motion through his alarmist interpretation of the variant, describing the new strain as having a “really awful Spike mutation profile.”

NEW: a new variant with an “extremely high” 32 mutations – but only 10 cases so far – has been identified in South Africa, Botswana and Hong Kong. Thanks to the excellent work of @PeacockFlu who identified it. It’s called B.1.1.529 @theipaper https://t.co/HosJudKzdL

The corporate media, world governments, and other institutions have regurgitated Peacock’s pandemic proclamations, setting off a new series of authoritarian demands from the ruling class.

The current new strain panic comes at a time in Europe when COVID-19 cases are surging in the continent, despite the universal embrace of mRNA injections that were promised to resolve the COVID-19 problem.

This “new strain” has reportedly been found in Europe, driving the media’s narrative even further into the totalitarian abyss.

NOW – Stocks tumble on Black Friday as Belgium confirms the first case of “new variant” in the European Union. pic.twitter.com/Xe0B3yEmwp

With claims disseminated to the masses by Big Tech and world governments, the Gates Inc and China-influenced World Health Organization is sowing maximum panic and terror.

Outside of the Chinese Communist Party, no other institution has been as influential in driving destructive COVID-19 policies than Imperial College London.

Imperial College U.K. is the home of the infamous “doomsday models” for COVID-19, which promised that millions of people would imminently be wiped off the earth if the Western world did not lock down in March of 2020 for COVID-19.

The idea that the world needed to “flatten the curve” through pseudoscientific lockdowns was spawned by a faulty academic model from Neil Ferguson, an epidemiologist at Imperial College.

— Article continues below Petition —
HELP AUSTRALIANS restore their freedom by protesting outside the Australian High Commission - Dec. 4th - UK
Show Petition Text
1875 have signed the petition.
Let's get to 2500!
Thank you for signing this petition!
Add your signature:
Show Petition Text

On the topic of new strains, it seems everything old is new again. Imperial was the primary source of the new variant scare models of 2020. It was around this time last year when U.K. Prime Minister Boris Johnson, citing Imperial speculation on a different strain, initiated a Winter lockdown.

A new corona variant 70% more transmissible than the original virus. A lockdown that isolates London. A prime minister in crisis. Our full report one of the pandemic’s darkest days in the UK. W/⁦@_StephenCastle⁩ https://t.co/hS4USrDpXE

Read my piece in the Dossier about that “new strain” of 2020 and you will see the incredible parallels. The South Africa/Botswana “Nu strain” propaganda relies on the same fear campaign, but a rebranded version. It’s the exact same playbook.

Last year, it commenced with Erik Volz, an epidemiologist at Imperial College London, who claimed the new strain was 70% more transmissible. His exact language was later repeated by PM Johnson in justifying his lockdown.

Before Nu, the previous scariant, best known as the “Delta variant,” had a similar viral marketing campaign behind its emergence.

Notably, Imperial’s virology and epidemiology departments have received incredible amounts of funding from the Gates Foundation, the world’s most influential driver of global “public health” policy. According to a review of their public records, Gates Inc has delivered close to $300 million dollars to the Imperial College London.

1
A legacy of scandal: Pope Francis says he has ‘carried out’ plans laid during ‘pre-Conclave meetings’
2
Mass hypnosis: why can’t people see through the COVID deception?
3
Abp. Viganò: Global liberalism and Communism are destroying the Church and society from within
4
Dr. Vladimir Zelenko was a true hero and patriot who saved many lives with his COVID treatment
5
Dutch farmers fight for their livelihoods against government plans
Subscribe to Daily Headlines »