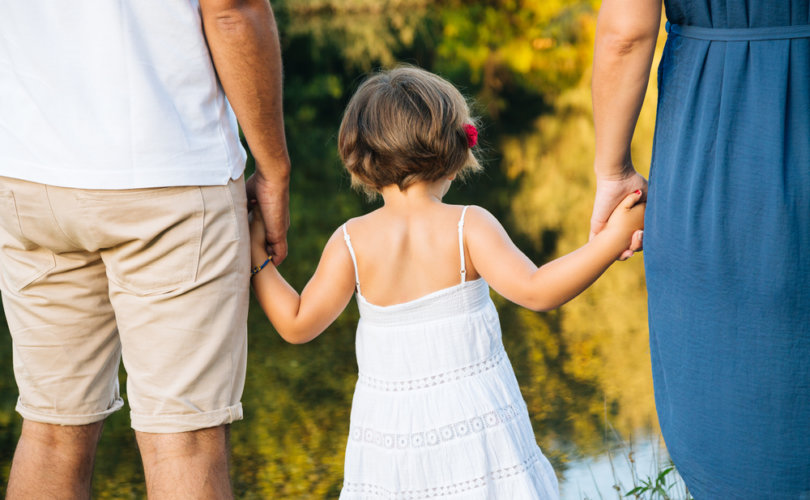 March 1, 2019 (LifeSiteNews) – When it comes to treating children with gender dysphoria, who should decide — their parents or the state?

In Canada, the Supreme Court of British Columbia has just ordered that a 14-year-old girl who identifies as a trans boy must be allowed to receive testosterone injections without parental consent. And if her parents refer to her with female pronouns or address her by her birth name, the court said, they will be considered guilty of “family violence.”

Here in the US, bioethicists are laying the groundwork for a similar power grab by the state. The current issue of the American Journal of Bioethics features an article arguing that the state should overrule parents of transgender children who do not consent to give them puberty blockers.

Written by Maura Priest of Arizona State University, the article argues that denying puberty blockers to children with gender dysphoria constitutes harm because it puts them at risk of suicide; ergo, the state’s “duty entails legally mandating that transgender children have a right to puberty-blockers” through public schools and state-funded health clinics — “even if the parents disapprove.”

In other words, Priest wants schools to propagandize for the trans agenda, then channel kids into medical and psychological treatment — without their parents’ consent.

The fact that the article appeared in a respected, mainstream publication ought to alarm everyone. Parents seeking to protect their children from being treated as guinea pigs in a medical experiment are being accused of harming them.

This is completely backwards. Puberty blockers are themselves a form of harm. They have radical, body-altering medical consequences, many of which are still unknown. The transgender movement is using the strong-arm tactics of the state against its own citizens.

In The Sexual State, economist Jennifer Roback Morse explains that the sexual revolution as a whole was driven not by ordinary people but by the state. As Morse writes, gender ideology “creates a separation between children and their parents and inserts the state between them,” as the “state sets itself up as the public enforcer of their new identities.” Already many schools forbid teachers to tell parents what gender identity their children claim in the classroom. Students are policed for their pronoun use.

As Morse notes, “Totalitarians of all stripes have sought to control the family.” Why? Because in the family, people gain an independent mind; they do not blindly follow the state-sanctioned ideology.

To protect liberty, we need to remind people that public schools exist to serve parents, not supplant them. There are lots of ways to love and support gender-dysphoric children without allowing them to be injected with dangerous drugs. After all, up to 90 percent of children with some symptoms of gender dysphoria outgrow those feelings if allowed to go through normal puberty.

Studies find that the strongest correlate of both same-sex orientation and transgenderism — far stronger than any genetic link — is “childhood gender nonconformity,” that is, kids who behave in ways more stereotypical of the other sex.

In my book Love Thy Body I tell the story of Brandon, a boy who suffered from gender dysphoria from a young age. Before he was even walking, his babysitter told his mother, “He’s too ‘good’ to be a boy!” By that she meant he was quiet, gentle, compliant — characteristics stereotypically associated with girls.

When Brandon reached preschool, invariably he played with the little girls, not the boys. By elementary school, he was coming to his parents weeping because he did not fit in anywhere. He said: “I feel the way girls do, I am interested in things girls are. God should have made me a girl.”

By age 14, he was searching the internet for information on sex reassignment surgery.

What did Brandon’s parents do? First, they made sure he knew they loved him just the way he was. They told him it is perfectly acceptable for a man to be gentle and emotional. It may mean God has gifted him for one of the caring professions, such as psychologist, counselor, or healthcare worker.

In the same way, of course, it is acceptable for a girl to be rational, take-charge, and assertive. His parents’ favorite line was, “It’s not you that’s wrong, it’s the stereotypes that are wrong.”

Eventually Brandon decided that transitioning would not give him what he wanted — he faced the biological reality that hormones and surgery could not make him a girl.  We know from science that every cell has a sex.

Today young people are under intense pressure to question their gender identity as never before. Many gender clinics fast-track young people into transitioning.

But Brandon’s parents fought for him. As teachers, coaches, pastors, and counselors, we all need to fight for our children in a culture that tells them all identities are up for grabs — that there are no signposts, that even their biological sex is a social construct and gives no clue to who they are.

The “sexual state” described by Morse is aggressively invading our families to advance the sexual revolution. It’s time to push back — before the state strips parents of their inalienable right to raise their own children.

Parents should not be punished for disagreeing with a state-sanctioned sexual orthodoxy.

Nancy Pearcey is author of Love Thy Body: Answering Hard Questions about Life and Sexuality. An editor-at-large of the Pearcey Report, she is also is professor and scholar in residence at Houston Baptist University.