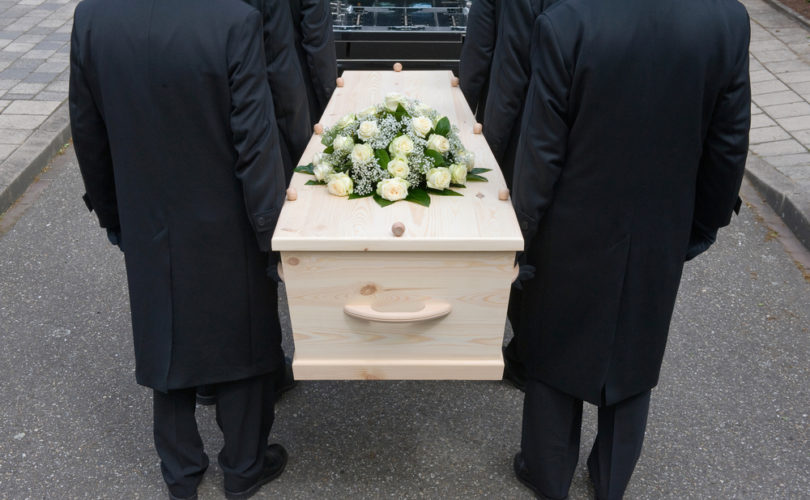 Assisted suicide is an idea which keeps evolving in unpredictable ways. Who could have foreseen the development of groups of non-doctors which help hundreds of people to die in Switzerland? They are non-profits and charge only for membership and handling fees. But what if companies saw a commercial opportunity in the market for ending one’s life?

Almost everyone finds the notion utterly repugnant, including ardent supporters of assisted suicide. If funeral homes offer creative services for the already dead like drive-through viewing and car-shaped coffins, imagine what tacky deals they would dream up for the about-to-be dead. If you have any doubts about this, check out the options at Golden Gate Funeral Home, an innovative service in Dallas catering for African-Americans.

Now a bioethicist from the University of Tübingen in Germany has pointed out that “commercially assisted suicide” (CAS) – paying a non-doctor to kill patients – is a logical development of physician-assisted suicide.

Roland Kipke argues in the leading journal Bioethics that there are no ethical arguments against CAS which cannot also be deployed against physician-assisted suicide (as in Oregon). It is not a popular cause, as the thought of CAS horrifies both supporters and opponents of assisted suicide.

Kipke rolls out several arguments which support CAS. It is not a breach of medical ethics because no doctor is involved. A for-profit provider will be more readily available than a doctor, who may have qualms of conscience.

He takes a very sceptical view of the competence of doctors. A commercial provider may not be skilled at detecting depression, but neither are doctors:

“The most common psychiatric disorder, and, at the same time, the disease that is most commonly associated with suicidal intentions, is depression. Several studies clearly show that a large number of physicians fail to recognize the depressive disorders of their patients. This is particularly remarkable because people with depression account for about 10% of a GP's patients…. Therefore, it is not justified to say that doctors are in general particularly able to assess the conditions for an autonomous decision for suicide.”

Nor are doctors particularly competent at prescribing adequate doses of drugs to commit suicide.

“a doctor does not normally learn (in education and medical practice) how many grams of sodium pentobarbital cause a quick death. Above all, the necessary knowledge about the correct dosage is limited and can easily be acquired by non-physicians.”

Kipke feels that patients would have more autonomy in making their final decision if they use a commercial provider.

“Studies have shown that doctors' assessment of the quality of life and of the suicidal wishes of seriously ill patients depends significantly on the psychological situation of the doctors themselves, and that they systematically underestimate the quality of life of their patients. Quite a few doctors also advocate directive counselling, even on morally controversial issues. It is probable that this is not fundamentally different with regard to their decisions for or against suicide.”

Finally, would CAS be another step forward in the demeaning commercialisation of human life? Not really, says Kipke. “Doctors always earn their living from the needs of their patients: no one takes offence.” Why not a commercial provider of death services?

I detect an element of savage satire in Kipke’s dry academic prose. His modest proposal is not so much a trial balloon for CAS as an attempt to prove that legalised physician-assisted suicide must inevitably lead to commercial assisted suicide. Denying this, he argues, is quite illogical.

“… there is not a single ethical reason that speaks persuasively only against CAS. Either the arguments do not apply to CAS, or they do apply but equally or even more so to PAS … To reject CAS while endorsing PAS is, therefore, not ethically justifiable: it is not a coherent ethical position. Therefore, the position of the liberal advocates of PAS has to be revised. Either they have to expand their advocacy to include CAS and therefore radicalize their position considerably or they have to revise their rejection of some arguments that are generally raised against assisted suicide.

Perhaps it is a good argument to deploy in a debate. If commercial suicide services are too dangerous, what evidence do you have that physician-assisted suicide is any less so?