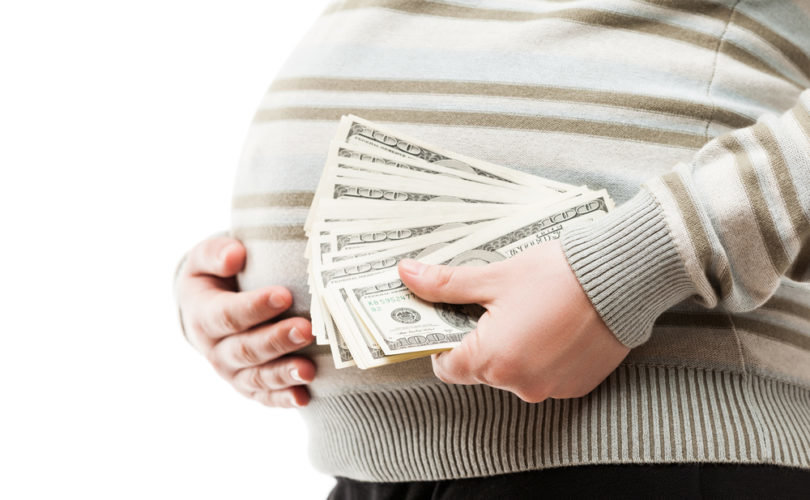 July 6, 2015 (NationalReview) — I coined the term “biological colonialism” as a descriptive of the practice of well-off westerners (and others) who travel to very poor countries so as to exploit the destitute for their body parts and functions.

Thailand was one major port of call for treating humans as a copper mine or timber forest. Then, an Australian couple abandoned their biological baby born of a surrogate because he had Down syndrome, leaving the baby in Thailand.

The Thai government cracked down and now another case has come to light–only this time the surrogate has changed her mind and refuses to relinquish her parental rights. The father took the baby from the hospital, but he and his husband are now in hiding, refusing to give up the little girl–even though Thai law grants automatic custody to the birth mother. From the Bangkok Post story:

The reasons for the woman’s sudden change of heart remain unclear, but she has launched a media campaign accusing the couple of running a human trafficking operation. “This clearly is human trafficking because there is money involved,” the woman’s representative, lawyer Verutai Maneenuchnate, told Bright News in an interview screened on March 5.

At a certain level, that is true. At the very least, they were exploiting a poor woman for her gestational capacities.

The woman may have changed her mind because the men are gay. But she also developed an emotional bond to the baby during gestation–a matter too often sniffed at by those who supporting destitute women being exploited for their gestational capacities:

The woman…told Bright News that she was adamant about keeping custody of Carmen. “The bond I have with my baby can’t be traded for money and I am not going to sell my daughter,” she said. The woman has already been paid US$9,250 (about 313,000 baht). A final payment of $5,100 is due after she signs the documents to relinquish parental rights. She has offered to return the money.

The father and his husband see it differently:

For now, the couple are trying to remain upbeat, though the fatigue is obvious in Mr Lake’s voice. “It’s one foot in front of the other, but we have to think of the endgame, of our family back home together.”

Who has a closer bond to the child and should have legal rights, an unrelated man, the husband of the biological father, or a woman who gestated the child for nine months?

Besides, they knew the practice was considered shady in Thailand:

Mr Lake and Mr Alvero as they travelled to Thailand early last year, drawn by reports of the country’s quality surrogacy services, which while not strictly legal were widely tolerated by authorities.