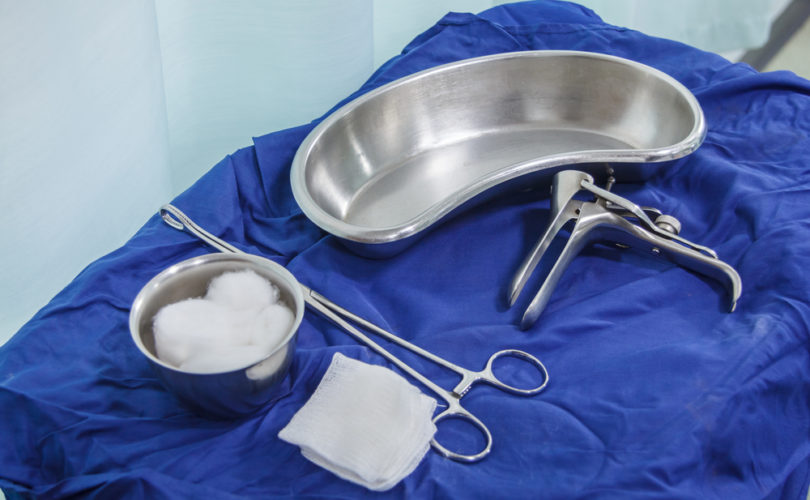 January 31, 2019 (LifeSiteNews) – A scientist who specializes in biomedicine revealed his horror over the bill that New York Gov. Andrew Cuomo signed into law, legalizing abortion up until birth.

The scientist has chosen anonymity, fearing repercussions for expressing truth.

This news is written in shock. The reason may not be obvious to those who are unaware of the medical evidence regarding conscious fetuses and perhaps emergent conscious embryos.

This news just hit me, I managed to overlook it yesterday, when the NY State Legislature announced legalizing abortion UNTIL birth WITHOUT no requirement for MD supervision.

Here is the reason why this legal act raises a very real danger of de facto and de jure genocide.

Somewhere between three weeks after conception, when neural crest cells arise and begin to function, and the third trimester of gestation, with considerable variability, sensory consciousness arises in utero.

This has been known for a very long time in medicine and by lay persons involved in assisting in birth.

The traditional time of the “quickening” in pregnancy is when the mother feels the baby “kicking,” and when the baby in utero seems to respond to the mother's singing and moving, even intermittently.

This is as good a sign as any, but now of course we have a huge array of medical instruments to pick up earlier signs of cortical activity that will soon lead to a clearly conscious sensory cortex in the emerging baby.

There may be no precise signposts for the emergence of sensory consciousness — which implies both pain perception and feelings of comfort, joy, pleasure and love in the cortical anterior insula. Somewhere before or after the third trimester consciousness is very likely to emerge.

The evidence on that is now beyond serious empirical question.

Because nobody –NOBODY – really knows the advice mothers and their unqualified advisers are taking about abortion decisions, there must be a probability distribution. We know that for decades Planned Parenthood and its slavish media have encouraged girls and women to believe in a very late emergence of conscious experiences in babies. This ideological meme is almost certainly mendacious and false, and it is driven by the same ideology that promoted racial abortions during the Woodrow Wilson period of the Progressive Era. Woodrow Wilson was that rare bird, a genuine, passionate racist college president (Princeton University) who was convinced that black babies should be aborted. Planned Parenthood has its roots in that time and in its blind ideology.

We know that one mass murdering “abortion doctor” has been killing black African-American babies AFTER birth in a way I will not describe.

He has now been convicted and sent to prison for life, although I would have preferred giving him the fate he apparently liked to inflict on living babies. Some people are so evil they deserve preemptive imprisonment.

This comes after decades of the highly concentrated mass media blinding their audiences to the ethical dilemmas of abortion, even after the rise of sensory consciousness, a date that we do not know with perfect safety. But real medical science is getting better on identifying conscious babies in utero.

In normal birth, the weight of evidence very strongly suggests that babies are entirely conscious. There are exceptions of course for stillborn babies, and perhaps for babies that are irreversibly ill.

Medical people privately have a deep understanding of these matters, but women have now been taught via the ignorant public media to believe there is NO ethical dilemma whatsoever. This is an obvious falsehood. There are many great dilemmas in life, and if someone is taught otherwise they can become handicapped for life. “We” the mass culture has brought up such generations of ignoramuses.

Just as in the case of marijuana, which is far more dangerous than the mass media pretend, especially for a sub-group of adolescent boys, our over-concentrated media never tell the truth.

This is just like Pravda and Isztvestiya in the USSR and China, which also promoted massive abortion at certain times.

In China today there is a huge imbalance between young men and women, because girl babies were routinely aborted under the “One Child per family” population control policy.  This implied genocidal killing of conscious babies in utero, because of the statistical distribution of the time of abortions. Chinese government has a very long history of ruthless killings, which have been rationalized for the greater good of society.

Unless the third trimester criterion (OR earlier) is rigorously enforced by modern medical profession, the chances of killing conscious babies in extreme pain and distress is VERY HIGH.

If we had perfect medical criteria for sensory consciousness (including early pain perception in utero) we might be able to determine a more precise date.

But in the absence of certain knowledge, medical people have long taken the Hippocratic Oath: FIRST, DO NO HARM.

That Oath has of course been undermined in the last several decades, and I cannot believe that that has been done in ignorance. It coincides with the rise of centralized socialized medicine in Europe and Canada, and perhaps to some extent in the United States under ObamaCare.

Dr. Laureys and colleagues have done outstanding research to identify “true” (unconscious) coma, and distinguish it from “locked-in” syndrome, where the patient is conscious but paralyzed, and is therefore locked in to a conscious condition while s/he he or she is being treated surgically or simply sent to the morgue to die.

During Dr. Laureys’ Coma Day, a Belgian physician who runs a terminal care facility stated in no uncertain terms that his budget allowed for three weeks for patients in BEHAVIORAL coma (simply unresponsiveness, such as happens with paralysis) to be fed intravenously, and then he would routinely ship them to the morgue, come hell or high water.

I half-understood what he was saying, but I did not realize the full significance, because I don't know enough about actual terminal care in social-democratic Europe.

That point has become more than obvious today with the UK NHS “Liverpool Pathway” for allegedly terminal patients who do not have enough brownie points (called QALI's) to deserve taxpayer-funded care.

In the UK I believe it is technically illegal for families to pay extra for patient care if they believe their loved ones are still alive, which is ENTIRELY POSSIBLE.

The legal catch is that any British patients can go to Singapore or the United States to get first-rate medical care, either by paying the cost, or perhaps for some legitimate reasons, such as research or for compassionate reasons. I do know that UK Prime Minister Theresa May refused openly to allow a young child near death to be treated free of charge, I believe at the Vatican hospital for children, which offered to provide free care that is no longer allowed by the UK NHS.

British medical doctors have declared very plainly that in seriously ill patients, the time and exactly causation of death is NOT predictable on an individual basis, just on average. This inevitably means that bureaucrats who only look at averages are consigning potentially surviving patients to a very certain death. That is the precise logic of their declared legal position.

We do know much more today about TRUE coma, TRULY irreversible medical conditions, and perhaps even about the onset of sensory consciousness and pain/distress in utero. Today, cases of behavioral BUT NOT brain coma can be rescued, and they can even communicate via eye movement technology that is fairly cheap and very practical.

There is no truth whatsoever to the philosophical fantasy that babies and children are “not really” conscious persons until some arbitrary date decided by utterly ignorant and frequently Kapo-syndrome philosophers.

Conscious pain perception arises during gestation, and it may be late in the second trimester, but I simply do not know, because I must defer to excellent medical researchers on that point.

What I believe with little empirical doubt is that the New York Legislature has just legalized conscious fetal murder on a potentially very large scale, WITHOUT competent medical supervision. The latter point strongly suggests that they don't want to hear the truth from highly qualified MD's.

This is no longer a theoretical debate.

This is legalized genocide.

I do hate to think that, but the evidence I know, though never enough, has now flipped in that direction.

I would be happy to stand corrected by medical people, of course, and by brain scientists. I do not want to hear from philosophers who have not studied the best empirical literature.

This is no longer a matter of guesswork, of speculation, or of completely arbitrary interference by utterly ignorant “ethicists”.

I am eager to hear from qualified medical people and scientists.

I certainly don't claim to know more than others.

This is an emergency message, and I would welcome reasoned and ethical feedback, of course. If I am wrong, I would be the first to celebrate, and of course I will notify whoever would like to be notified. I would LOVE to be wrong.

Thank you very kindly for your consideration,