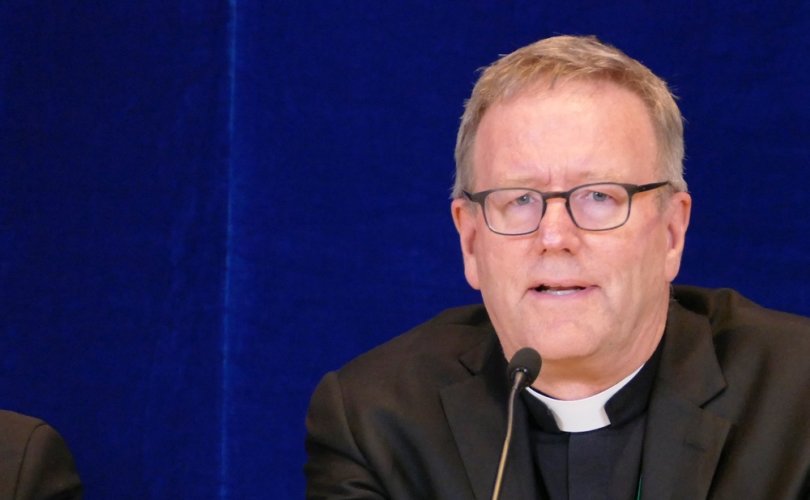 January 28, 2020 (LifeSiteNews) — In 2018, during what became known as “the Summer of Shame,” the world was rocked by an unprecedented scandal — a scandal that avalanched down from the highest reaches of authority in the Catholic Church.

And now, less than two years later, one of America’s most prominent bishops is calling for the hierarchy to begin policing Catholic laypeople’s social media platforms.

Bishop Barron said he believes the bishops should consider exercising their authority in the digital sphere “just as John Paul II, in Ex Corde Ecclesiae, called for the bishops to exercise greater supervision of universities operating under the aegis of the Church.”

“There are, to be blunt, a disconcerting number of such people on social media who are trading in hateful, divisive speech, often deeply at odds with the theology of the Church and who are, sadly, having a powerful impact on the people of God,” he said.

“I do think that the shepherds of the Church, those entrusted with supervising the teaching office, can and should point out when people on social media are harming the Body of Christ.”

Bishop Barron suggested that it may be time for bishops “to introduce something like a mandatum for those who claim to teach the Catholic faith online, whereby a bishop affirms that the person is teaching within the full communion of the Church.”

You read that right. Barron wants the Church to institute a formal mandatum process to label which Catholic social media users are bishop-approved. That way, Catholics can know whom to trust.

Barron’s pathetic suggestion would be just plain comical if not for the dead-serious facts surrounding it. It’s as though Barron wants us to forget the horrors that our leaders inflicted on our most vulnerable brothers and sisters in recent years — terrible crimes against the Body of Christ, and against our own children.

It was mere months ago that we learned our leaders had pulled a deliberate and cynical con job after the Catholic sex abuse scandal of the early 2000s and delivered two decades’ worth more of our children up to homosexual abuse.

They had allowed the very worst actors among themselves, such as the rapist Cardinal Theodore McCarrick, to grab greater and greater positions of power over vulnerable boys and young men — to say nothing of the profound influence such clergymen had over who could and could not become a bishop or cardinal during those disastrous years.

As if that weren’t enough, many of our leaders are apparently too shameless to have learned the lessons of the Summer of Shame. In fact, judging from Barron’s bizarre proposal, the heart of the scandal — the callous arrogance of bishops — has not gone away at all.

And whom exactly does Barron want the bishops to shame and discredit through his proposed mandatum? He didn’t have the courage to name any names. But here are a few Catholic voices the bishops could start with:

While the blame lies squarely with establishment hierarchs, the ripple effects of their mismanagement have done untold damage to the work and witness of Catholic lay apostolates as it is: Catholic pro-life organizations like my own were left to defend America’s unborn children under the shadow of faith leaders who refused to defend our children even after birth.

Barron claims to be defending the Body of Christ against “divisive” voices online. But if there’s anything I’ve learned from a lifetime of work in the pro-life movement, it’s that it’s Barron’s style of “unity” that does the most damage.

In fact, his plan to maintain unity in the Church reads to me like a thinly disguised plan to do the opposite in every meaningful sense.

As I wrote elsewhere, some “imagine that we would be more successful if the pro-life movement were only more cohesive, obedient to one centrally managed plan”:

… A fragile system is one that only works under a narrow set of conditions, which random and unpredictable events can easily shatter. Any centrally planned economy or monolithic political movement is fragile[.] … [F]ragility’s real opposite is antifragility, the power to actually benefit, learn from, and grow even stronger as a result of setbacks and reversals. …

Working differently, even separately, is not the same as working at cross-purposes. We need unity in charity, in gratitude, and in mutual respect — but the false idea that we need unity in strategy, tactics and institutions leads to most of the ill-will and infighting in pro-life circles[.] …

The pro-life initiatives that have had the greatest impact in recent years were not the fruit of committee meetings at long-standing, well-funded pro-life organizations, but entrepreneurial initiatives that seemed to come out of nowhere.

If Barron set out to deliberately undermine and even destroy Catholic witness in America, he couldn’t do much better then with such a plan as what he has proposed.