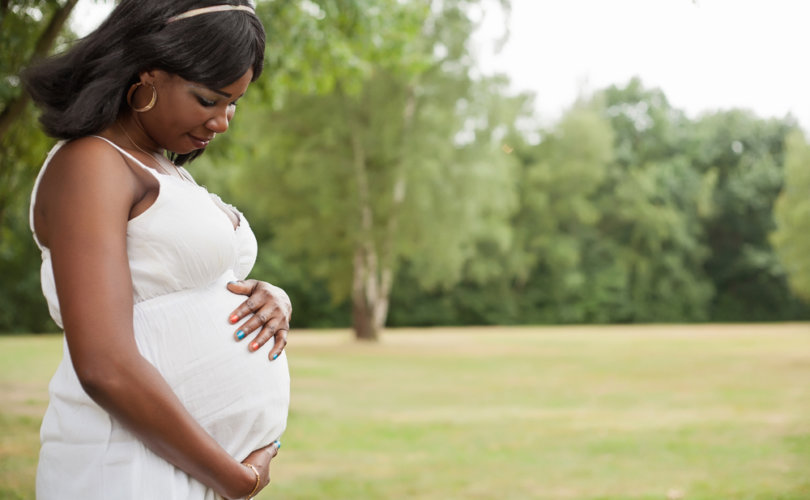 The irony is not lost on anyone with a semi-functioning pre-frontal cortex. Racism certainly still exists today, but nowhere is it more apparent and pervasive than the abortion industry. While systemic racism in the police force or America writ large has been thoroughly debunked, the only system it seems to have fully infected is the one Black Lives Matter is the most intent on defending and celebrating.

Largely responsible for flat-lining the black birth rate in America, Planned Parenthood has naturally leapt at the opportunity to take the focus off themselves by declaring that Black Lives Matter; at least the lives of born black Americans who escaped the profiteering death camps strategically placed in minority communities.

The willingness of Black Lives Matter to overlook racism that doesn’t serve them to condemn is shocking. The governor of Virginia, who also previously dressed in either blackface or a KKK costume is currently being celebrated by Black Lives Matter for his announcement that four statues depicting confederate figures in Richmond will be removed due to their troubling racist history. Meanwhile, Black Lives Matter continues their affair with an organization whose founder created the Negro Project, a eugenics “project” so controversial that Margaret Sanger enlisted the help of black ministers to pitch it because she did “not want word to go out that we want to exterminate the negro population and the minister is the man who can straighten out that idea if it ever occurs to any more rebellious members.”

Planned Parenthood even had the guts to acknowledge their racist history in a recent tweet, and promise to publicly reckon with it. Only an organization that calls killing babies “reproductive justice” could get away with promising to “reckon with their racist history” while it currently murders upwards of 247 black lives every single day! This means that Planned Parenthood kills more black lives in two weeks than the KKK lynched in a century.

As a pro-life speaker, I have been ripped up and down online for pointing out the inherent double standards of Black Lives Matter. I’ve been told that each movement is entitled to its outrage and I shouldn’t so harshly criticize BLM. These critics, some of whom are pro-life, say that while BLM isn’t perfect, their focus and goals are good. Putting aside the debate over whether BLM’s goals are good or not (the goals on their website are quite horrible), these critics are now questioning a rule whose truth is as axiomatic as gravity: the law of non-contradiction.

Two opposing ideas cannot both be true at the same time and in the same way. You cannot be both racist and anti-racist. You cannot both oppose killing unarmed black lives and support killing unarmed black lives. You cannot tell your black neighbor you love them while also telling them you think it should be legal to kill them, provided that they’re still small and dependent. It doesn’t work that way. How is black America served by BLM if the organization bearing its name publicly celebrates and defends the homicides of 1,000 black lives every single day by the abortion industry as a whole?

Can black America escape the sins of our country, that dehumanized and denied rights of personhood to their ancestors if the very organization and movement that promises to usher them into a new tomorrow is willing to repeat those sins by dehumanizing and denying rights of personhood to the most defenseless black lives among us? How is racism defeated if black America continues to vote disproportionately for the political party that bled to protect slavery and is willing to die today to protect abortion, the number one killer of the black community?

Many BLM supporters will disagree with this critique and find offense at my suggestion that abortion is evil for the same reason that slavery and racism is evil, namely that it treats actual human beings with inherent dignity as sub-human. But offense alone is not sufficient to dismiss my critique. Racists and slave-owners during the 1800s were equally offended by the idea that those they considered property were indeed fully equal in value and worth to any white person.

Tragically, the organization that exists to correct the ways in which black America was mistreated has forgotten the lesson of one of their greatest defenders. Abraham Lincoln eloquently articulated the truth that every human being is a person. He did this by illustrating that there is nothing you could cite to justify slavery that would not apply to many white people as well. In other words, when human value is grounded in accidental properties like skin color or intellect rather than a human nature, it is not only the victim class that is dehumanized, but all human beings since no one shares those properties equally.

If human beings begin at the moment of conception, which the science of embryology has long-established they do, then there is nothing you could cite to justify killing the unborn that would not also apply to a born person. The very ideology that justified slavery is the same ideology that Black Lives Matter has so zealously embraced, namely that not all humans are persons.

Black Lives Matter and their majority Left-wing base stand in stark opposition to the pro-life movement and certainly the Republican party. However, as in 1860, it is again the abolitionists and the Republican party who provide the best hope for black America. Today’s abolitionists seek the nearly identical goal of their Republican forebears: to grant all black human beings rights of personhood (i.e. preborn) and end the legalized violence against people of color (abortion). Contrary to how the Left portrays these modern abolitionists, the pro-life movement is the biggest defender of black lives because the largest slaughter of black lives is happening in the womb.

Ironically, the very premise that is embraced by Black Lives Matter in their protests and activism following the murder of George Floyd is treated as a stranger when it comes to abortion: it is always wrong to intentionally harm or kill innocent human beings. The killing of George Floyd was evil because, regardless of whether he innocently used a counterfeit bill or not, the actions of Derek Chauvin were completely unjustified. When pro-lifers cite that same premise to explain their opposition to abortion, Black Lives Matter draws a blank.

Seth Gruber is the West Coast Director for Life Training Institute. He is also the host of “UnAborted with Seth Gruber.” Visit his website here.