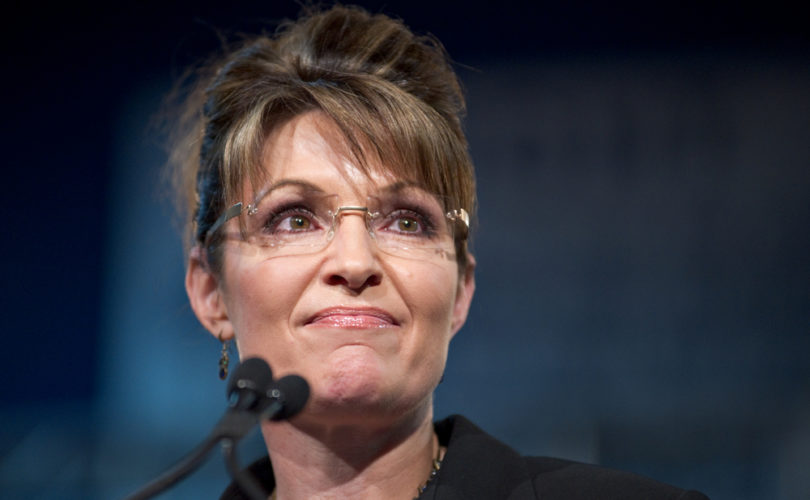 July 28, 2015 (LifeSiteNews) – Planned Parenthood got caught. They're shocked that we're shocked at what is finally revealed. Dismembering babies, delivering them dead, and bartering the sale of baby body parts.

Video records Planned Parenthood officials nibbling salad, sipping fruit of the vine, nonchalantly pondering where to spend their profits. More wine? Fast cars? These are horrifying videos, with many more to come, one recorded over a nice meal with a doctor sipping, explaining snipping, and cutting, and butchering babies so they can harvest the beating heart that was just snuffed out, the lungs, the liver… all in the most profitable manner. Just another day at the office.

A civilized nation does not tolerate this. Even friends saying they may still be pro-choice are sickened by the abortion industry’s revelations. As one friend just emailed me, “This is not what we signed up for when told abortion would be safe, legal, and rare. I can not believe this is happening, selling baby parts.”

Can you imagine the outrage on the Left if these were puppy parts?

How can the origins of Planned Parenthood and the philosophy of its founder be tolerated, much less praised and celebrated – and blessed – by the Left?

Here is how this atrocity began: the early 20th century's “progressive movement” was caught up in a racist pseudo-science called eugenics. The core idea of eugenics was the use of birth control, abortion, and selective breeding to weed out the so-called “unfit” to create a “cleaner” human race. This horrifying idea actually inspired the Nazis in their evil determination to create a “master race,” a deranged obsession that led to the Holocaust.

One prominent leader of this racial cleansing eugenics movement was Planned Parenthood founder Margaret Sanger. She boasted of her mission in abortion to reduce the numbers of minorities and immigrants in order to create a “cleaner,” i.e. whiter, race. She wanted to enable “the release and cultivation of the better racial elements” and “the gradual suppression, elimination and eventual extirpation of defective stocks—those human weeds which threaten the blooming of the finest flowers of American civilization.” She was a white supremacist in her beliefs.

And she is heralded as a hero on the Left. Instead of rejecting Sanger and these hateful, racist ideals, Hillary Clinton expresses her admiration for her; President Obama asks God to “bless” Planned Parenthood. An op-ed in the New York Times calls for Sanger to replace Andrew Jackson on the $20 bill. Planned Parenthood has done its best to deceive and pretend their foundation is not unsavory, but they stand upon it. Their work strives to meet their founder's goals.

Knowing Sanger’s racist beliefs, why is anyone surprised that Planned Parenthood placed 80% of its abortion clinics in minority neighborhoods? I posted a simple graphic on my Facebook page showing the Confederate flag on one side and the Planned Parenthood logo on the other, with the question: “Which symbol killed 90,000 black babies last year?”

Our nation commits to turning the page on a tragic chapter of racism by expressing #BlackLivesMatter, so why are our tax dollars subsidizing an organization founded on racism?

America, enough is enough! Planned Parenthood receives over half a billion of our tax dollars every year. Why should they have ever received one penny? They neither need nor deserve your hard earned money that was redistributed to this ghastly organization by condoning politicians holding the purse strings.

Don’t fall for Planned Parenthood’s nonsense about all the women’s health procedures they supposedly preform. They merely refer women elsewhere for many procedures they're now, in panic mode, trying to claim credit for. They operate by aborting babies. It's what they do. It's what your taxes support. There are plenty of other medical facilities that provide mammograms and birth control and other services to women. Many are free, and with the lid now blown off the abortion industry we can get to work on supporting wonderful efforts to help parents in need during a trying pregnancy. There is no longer any need for Planned Parenthood.

A movement will rise up out of this where the spirit of adoption permeates, with loving foster care and resource provision voluntarily shared so no mother is ever led to believe she must kill her child to make life easier.

In this world's hour of negativity, division, hopelessness, and fear blanketing so many, this will be a unifying movement that gives real hope and real change to those who understand the ugliness of racism and the sin of snuffing out the life of the innocent. This will help fundamentally restore America.

It’s time to shut down Planned Parenthood. How much more grisly proof, how many more stomach-churning videos explaining how to butcher a baby must we see, until we get the message: a civilized society does not accept this. During the fight against slavery, Americans rose up to change yesterday's inhumane laws that, unfathomably, didn't regard black Americans as “fully human.” It's time we rise again to fight for those who, under some lawmakers' purview, today aren't considered “fully human” – our littlest sisters and brothers in the womb.

Americans united in the past against atrocities around the world that we dared not turn a blind eye to, and we said, “Never again.” In our own homeland now, it is that time again.

If today's laws reflect the belief that a parent deserves the right to choose whether their unborn baby lives or dies, then the choice to let the baby live must also be supported.

Minority women are Planned Parenthood targets, and many want to give their child life. They need help doing so. Abortion deeply hurts the mothers and fathers involved. This absolute truth is slowly coming to light as more women – including even pro-choice celebrities like Nicki Minaj, Toni Braxton, and Sharon Osborne – acknowledge pain and regret over their decision to abort. They know, however, there is grace and mercy from above to heal broken hearts.

We all are burdened with regrets, but thankfully the burden lifts when this is acknowledged and given up to God. Pain is used for good purpose in helping others avoid living their days under the same dark cloud, wishing for a second chance. Parents having been wounded through abortion can empower others to embrace the beauty of selflessly sharing life, which is never, never regretful.

Truly heroic is Dr. Alveda King. Following in her pro-life uncle's footsteps, she fights for justice as Martin Luther King, Jr. did, knowing how devastating blind acceptance of abortion is to the black community and all of America. She's turned her grief over choosing abortion into action to help others choose life, even in less than ideal circumstances. Dr. King helps others rest in the knowledge that God’s grace covers all.

We can join her and help right the wrongs of abortion. Work now lies in building an authentic culture of acceptance and compassion that supports women in times of need. Instead of making them feel weak, dependent, and incapable of going through the remainder of their 40 weeks of pregnancy, we can empower them to continue to work, or go to school, or raise their other children. That means offering real choices instead of pushing them towards abortion – as if their unborn babies are nothing more than the “human weeds” Margaret Sanger called them, their tiny bodies torn apart and sold to the highest bidder by Planned Parenthood.

Yes, a unifying movement will rise from this; respect for all races, the strength of women, and love of life will make it beautiful.