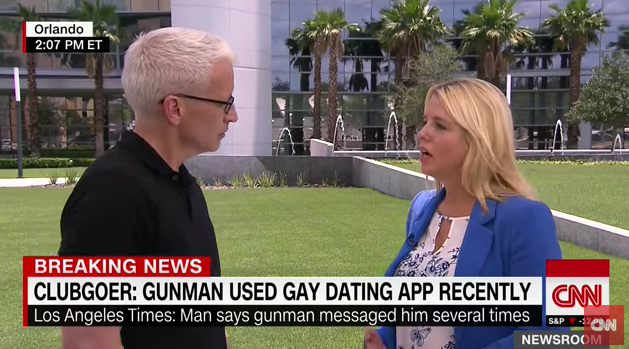 June 23, 2016 (BreakPoint) — Two Sundays ago, an ISIS-inspired terrorist killed forty-nine people at a gay night club in Orlando. Yet just three days after the attack, the New York Times editorial board laid the blame for Omar Mateen’s self-professed act of Islamic terrorism squarely at the feet of…believers in traditional marriage. I’m not kidding.

For those confused about how Christians and social conservatives are responsible for a radical jihadist’s actions, the Times helpfully explains: Our “corrosive politics,” they write, paved the way for this monstrosity. And by “corrosive politics,” they make it clear they mean defense of the natural family and created differences between the sexes. The Daily Beast followed up, accusing conservatives who are mourning the tragedy of “exploiting the LGBT community.” Evidently if your politics don’t line up with the goals of the sexual left, you’re not allowed to shed tears for the victims of terrorism.

But by far the most disturbing response, at least to me, came from CNN’s Anderson Cooper, who decided to publicly shame Florida Attorney General Pam Bondi during a live interview. While Bondi tried to explain what Florida is doing to help the victims and their families, Cooper raked her over the coals about her opposition to same-sex “marriage.”

In fact, he all but called her a hypocrite for defending the Florida constitution which—at the time—defined marriage as the union of man and woman. An attorney general’s job, of course, is to uphold and defend her state’s constitution. But Anderson Cooper did not seem to care.

As Mollie Hemingway remarked at The Federalist, apparently Cooper and CNN cannot fathom how anyone could oppose gay “marriage” and also grieve the murder of fifty fellow human beings. The implication by the media is clear: If you haven’t been on board with the LGBT political program, you’re partially responsible for what happened in Orlando.

Let me just tell you my first reaction to this: I was angry—very angry. I wanted to get on the air and scream from the rooftops how absurd, immoral, and unfair this kind of equivalence is. A self-proclaimed ISIS devotee committed the worst mass murder in this country since 9/11, and the media can think of no one to blame but conservatives and Christians!

Now that I’ve had some time to compose myself, I think it’s important we don’t respond with anger. In fact, my BreakPoint colleagues and I debated whether we even should dignify this foolishness with a response. And we decided to do so for a couple of reasons.

First, although we can expect to see more abuse of Christians in the news, we cannot let this become the new normal. Not in America. And we should respond by defying the caricatures—just like the Orlando Chick-fil-A managers did when they opened their stores on a Sunday to feed blood donors. And then there’s Lutheran Church Charities, which sent comfort dogs to help mourners in Orlando.

Second, the media has a long history of botching religion stories. Recall when The New York Times described the Church of the Resurrection as “the site where many Christians believe that Jesus is buried.” As Mollie Hemingway points out, sin and salvation are foreign concepts to journalists in America today. And the three-dimensional idea of grieving the deaths of those who disagreed with our politics doesn’t fit two-dimensional narratives. So when the Anderson Coopers of the world insist loving people means approving of everything they do, we must reply that love often means exactly the opposite.

No, we’re not responsible for what happened in Orlando. But it’s our love and proclamation of God’s grace, not our angry self-defense, that will prove it.