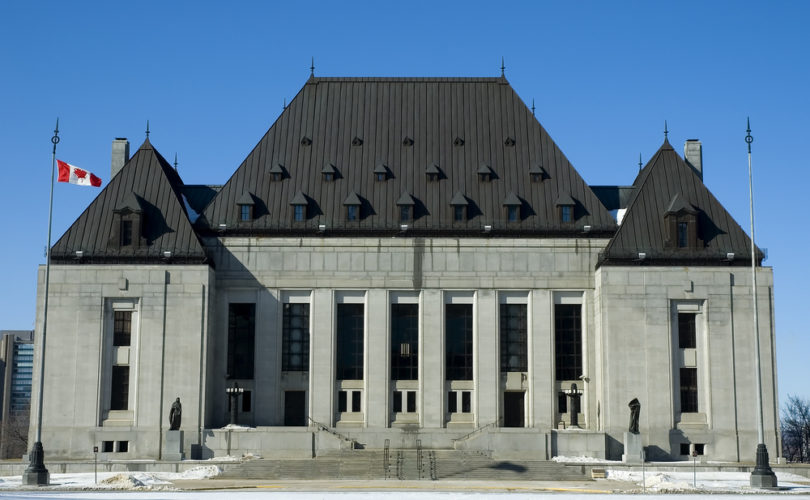 Febuary 18, 2015 (PanAmPost.com)– On February 6, the Supreme Court of Canada found the current prohibitions against euthanasia and physician-assisted suicide (PAS) to be violations of our Charter of Rights and Freedoms. It charged the Canadian federal government with drafting a law to permit the practice.

Our current majority-Conservative government has actually stood firmly against moving in this direction, and was not alone in its opposition. Only four years ago, in 2010, our Parliament voted 228 to 59 against a Private Member’s Bill to legalize euthanasia.

Despite this, in 12 months, Canada is expected to legalize it and PAS, with all the “necessary safeguards” that sold this solution to pain and suffering of citizens around the world.

On the night of the decision, I couldn’t help but remember the 2004 tsunami that devastated Thailand. Those who were curious and unaware walked out onto the ocean bed to marvel at the spectacle of a receding ocean, caused by an earthquake. I’m sure their cooing and gasping must have added to the sheer excitement.

We learned afterward that elders in some of the tribes read this sign correctly and instructed their people to head for higher ground. There was no time to marvel. This earthquake was about to unleash a disaster that had been unknown in the current cultural memory, save for the few. Most of those tribes’ people survived the disaster that took approximately a quarter of a million people.

The Campaign Life Coalition is the largest pro-life organization in Canada. Our primary focus has been advocating for the unborn, which has led us to lobby against embryonic stem cell research, cloning, and other scientific practices that contribute to the killing and dehumanizing of the unborn at the earliest stage.

We of course stand firmly against euthanasia and PAS. CLC was a vocal opponent to all the bills that have attempted to change Canada’s absolute prohibition.

In 1969, Canada’s absolute prohibition against abortion was cracked slightly in a bill that allowed for abortion in cases of rape and incest, and when the life of the mother was in jeopardy. Not only were those exceptions the “safeguard,” the woman’s case also had to go before a panel of three physicians, two of whom would have to approve the procedure.

Now that, ladies and gentlemen, is how it began in Canada.

In 1988, the Supreme Court decided these safeguards were a rights violation, according to the Charter of Rights and Freedoms, and threw out that section of the Criminal Code. What the justices didn’t expect was that Parliament would attempt to redress this vacuum — but the attempt was feeble, and failed to pass a bill.

Thus, the unborn were left with no protection at any stage of a woman’s pregnancy. In Canada, we have publicly funded abortions for any reason, at any time of gestation. Just find the doctor to do it.

In response to doctors who object to abortion, and to doing other procedures they find repugnant, the conscience rights of physicians have repeatedly come under attack in various provinces. The latest skirmishes are right now occurring in Ontario and Saskatchewan. In Ontario, the pressure has been strong, relentless, and deeply disturbing.

So though some Canadians are running toward this Supreme Court decision in great delight, it doesn’t inspire joyful reveling in us. In our eyes, it does not meet the standard for compassionate care. Rather, like the elders, we can read the signs. We have connected all the dots that have brought Canada to this sad and sorry state of affairs. We are staking out higher ground for the vulnerable. The tsunami is coming.

Reprinted with permission from PanAmPost.com.