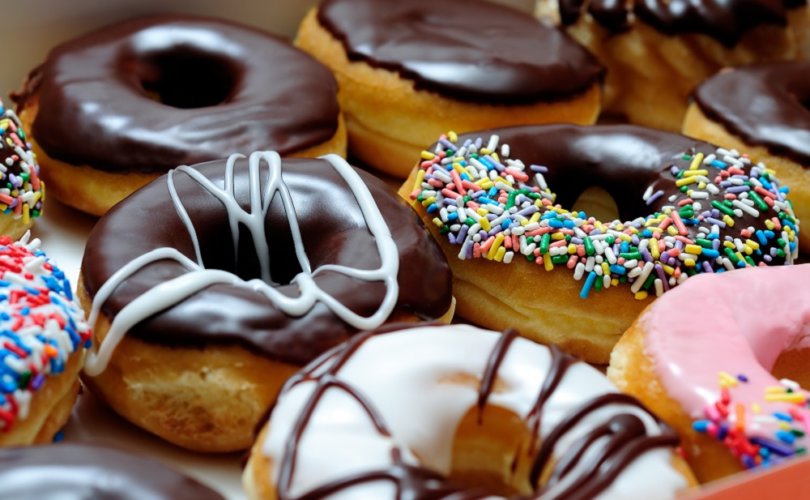 May 23, 2019 (Family Research Council) — When shoppers are barraged with Converse's 11-year-old drag kid and Target is busy funneling money to an LGBT indoctrination factory, it's a relief to see that some companies refused to get caught up in radical politics. Over at Dunkin' Donuts, executives have decided to distinguish themselves another way: by staying neutral.

“We are not Starbucks,” Dunkin' Brands Vice President Drayton Martin told a group over lunch at the International Trademark Association. “We aren't political.” That'll come as a breath of fresh air to fans of the chain, who are sick and tired of being told that their conservative politics aren't welcome at a certain Seattle franchise. Of course, conservatives have known about Starbucks' ultra-liberal ties dating back to 2012, when then-CEO Howard Schultz told shareholders that redefining marriage really is “core to the Starbucks brand.” The company went on to sign a string of legal briefs for LGBT causes, arguing at one point that customers who didn't like it could take their business elsewhere. Some did.

Others broke their Starbucks habit a few years ago when 2nd Vote released a list of more than three dozen companies who've been contributing to Planned Parenthood — either directly or through an employee matching gift program. After intense public pressure, some of the brands dropped their partnership: AT&T, Coca-Cola, Ford, Macy's, and Xerox. Starbucks, one of the most politically liberal companies on the market, refused.

“Great American brands distinguish themselves by creating exceptional products and putting customers first. Everything else is a distraction,” expert Adam Johnson points out. Like us, he's watched the fall of household names like Kellogg's, Nike, Target, GrubHub, Penzey's Spices, Levi's, and others because they decided to focus on politics, not products. At a time when some CEOs seem more preoccupied with pushing their brand of morals than merchandise, we applaud companies like Dunkin' for making the choice to do business — not politics.