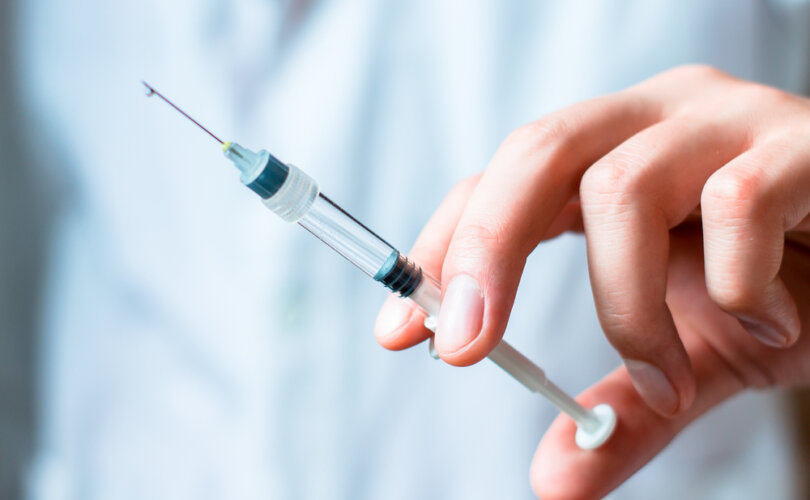 (Euthanasia Prevention Coalition) –  I have written about the euthanasia death of Alan Nichols before, in fact I worked with the Nichols family in 2019; nonetheless, Flo Read wrote an excellent article about Alan Nichols that was published by UnHerd on October 18, 2022.

Read interviewed Gary Nichols, Alan’s brother. Alan was not sick or dying but he was depressed when he asked to be killed in 2019 at the Chilliwack General Hospital.

As a child, Alan Nichols had suffered complications from surgery which affected his mobility on one side and left him with hearing loss. Still, he was living independently before his death. Physically, Gary says, his brother had been doing much better: ‘He was being treated for absolutely nothing, no illness.’ But Alan’s mental health was volatile. ‘He would go through stages where life was good and then he’d hit a stage for a while, for a month or two, where he didn’t feel like living.’ He was prone to paranoia and reacted badly to change: if Gary was getting ready to leave, Alan might say: ‘Are you going to leave me home with all these knives?’ And Gary would have to say: ‘Alan, I trust you. If that’s what you want to do, I can’t guard you 24/7.’

He did guard Alan, as well as he could. After their parents died, Gary and his other brother Wayne took turns in helping Alan to do tasks that overwhelmed him, such as banking. But they both had their own lives, and Alan struggled to accept help from friends. In the months before his death, he had begun to feel increasingly isolated. His local network was coming apart: Wayne had decided to take a trip across Canada; a trusted neighbour was planning to relocate; his favourite shop had closed. His story isn’t unusual: of the 31,664 assisted deaths in Canada, 17% of the patients cited ‘isolation or loneliness’ as a reason for wanting to end their lives.

The week before Wayne was due to leave, Alan was found by paramedics on the floor of his apartment. The neighbour he trusted had raised the alarm after not seeing him for days. He was malnourished and clearly suffering a major depressive episode. He was taken to Chilliwack General Hospital.

Alan did try to resist being sectioned. Gary was told that his brother ‘was fighting not to go into the ambulance.’ Gary rushed to the hospital to see his brother, who said to him: ‘If you’re not here to bust me out, you might as well leave.’ Gary didn’t bust him out, a decision he now says he regrets. He trusted the hospital to look after Alan. When he called to get updates on Alan’s condition, the staff were optimistic: ‘The hospital would say, ‘Oh, he’s doing fine. He’s okay. Yeah, he’s eating.’’ It made Gary think Alan was ‘getting back on track.’ What the hospital didn’t tell Gary was that his brother had actually signed his own death warrant.

Patient confidentiality prevented Gary from knowing what was happening to Alan.

But what happens when there is no terminal diagnosis? What if your family don’t support your wish to die? In the days and weeks following his hospitalization, Alan refused to take visits from his brothers. Gary tells me that patient confidentiality meant that the doctors didn’t have to inform them about Alan’s application for assisted dying. The people who loved him didn’t find out about it until a couple of days before the procedure was scheduled. Gary sees the hospital as partly responsible for keeping Alan from his family. ‘The last two weeks, they were treating him for nothing. They were giving him room and board.’ He could have gone home. When, later, Gary asked the hospital, ‘Why did you keep him there?’ they said: ‘Alan didn’t think he should go home because you guys would try to convince him otherwise.’

— Article continues below Petition —
The Quebec College of Physicians must not be allowed murder infants
Show Petition Text
4916 have signed the petition.
Let's get to 5000!
Thank you for signing this petition!
Add your signature:
Show Petition Text

Gary did, indeed, spend the last day of his brother’s life trying to change Alan’s mind. He winces at the memory: ‘I think we came really, really close to convincing him not to do this.’ Aware that his brother felt isolated, Gary told him: ‘Alan, I’m contemplating retiring this year, and possibly coming back to Chilliwack. To give you a little more support and a little more family close by… He just looks at me and says, ‘Geez, I wish I’d known that.’’ In Alan’s view, it was already too late to alter his decision.

Now, Gary wonders if his brother would have regretted his attempt to end his life, had it not succeeded. It’s common knowledge in psychiatry that most previously suicidal people do. One Harvard study shows that ‘nine out of ten people who attempt suicide and survive will not go on to die by suicide at a later date.’ Gary says he feels utterly betrayed by the hospital, the Canadian government, the whole system that undid all his family’s hard work to keep Alan alive.

The government is planning further expansions of the euthanasia law.

Gary suspects Trudeau will allow the laws to go even further. ‘Why don’t you just set up a walk-in clinic for it? Because that’s what’s going to happen: once the government opens the door, these physicians and medical teams are just going to open it wider.’

As we say our goodbyes, Gary remembers something:

So, I went over to see him, and his door was locked and wasn’t opening. I called a locksmith who came and opened up the door, and we went in there and he was laying in his bed.

And he says: ‘I knew eventually somebody would come to see me.’’