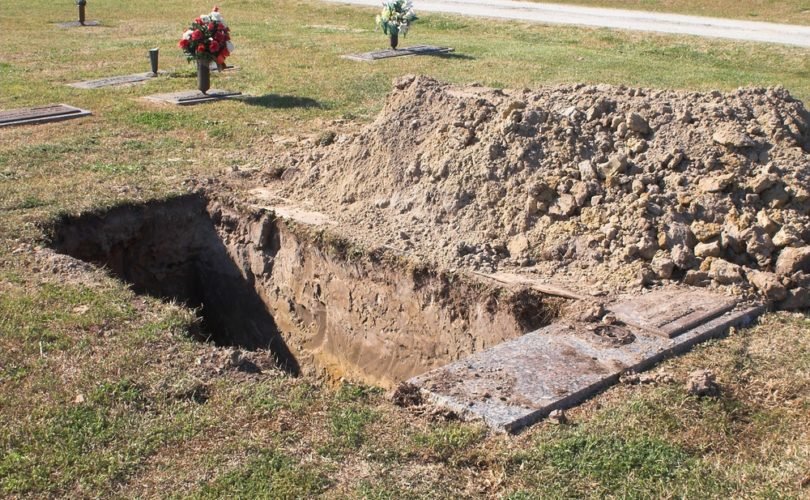 One morning in early March, 1987 the phone rang at our home on Chicago’s Northwest Side. It was Tom Bresler, founder and director of the Aid for Women pregnancy resource center on Michigan Avenue.

Tom had just received a call from the marketing director of the Michigan Avenue Medical Center, an abortion clinic located just down the street from his pregnancy center. The gentleman from the abortion clinic was disturbed about some of the “protocols” he witnessed at the abortion clinic. He wanted to come and talk to Tom Bresler about it.

Tom was open to meeting with him, but wanted Joe Scheidler (my husband) to join him for the meeting.  Joe, however, was out of town on a speaking tour. So I offered to join Tom for the meeting, and headed down to Aid for Women.

It was an interesting hour.

Victims of Abortion Thrown Out with the Garbage

Our “informant,” Don, told us that he was appalled at the way the staff treated the women who came to them for abortions. He said they had no respect for women. And he was shocked to discover that they threw the aborted babies into the garbage dumpster in the alley behind the clinic.

Don also told us that he needed us to protect his identity, as he was afraid for his own life and safety. He said the Michigan Avenue Medical Center was tied in with a Filipino Mafia-style organization. He wanted help finding another job so he could get away from the abortion clinic.

He gave us detailed information about the disposal of the fetal remains, which were packed into blue boxes, taped up, and tossed in the trash. I took down that information, and in consultation with Joe, gathered a select group of pro-life activists to go to the alley and see if Don was telling the truth.

Sure enough, he was.

The blue boxes were there in the dumpster. Monica Miller (then known as Monica Migliorino) was one of the brave pro-lifers who volunteered to retrieve the aborted babies from the garbage. As she wrote in her book, Abandoned: The Untold Story of the Abortion Wars: “Week after week for two months pro-lifers retrieved the remains of aborted fetuses from a trash dumpster behind the Michigan Avenue medical Center at 30 S. Michigan. The experience has been physically and spiritually debilitating for all involved.”

We checked with the Chicago Police, the city Health Department and the state Department of Health. There was no law against throwing human remains in the garbage. And, of course, killing them in the first place was legal. But those who recovered the bodies of the babies wanted to give them the respect and dignity they deserved.

On one of those evenings our parish had its annual St. Patrick/St. Joseph dinner, which Joe and I attended. Then Joe went down to join the retrieval crew, and afterward, they brought the boxes of aborted babies to our garage.

Documenting the Atrocity, Burying the Victims

Each little tiny baby was in its own ziplock bag with the date of the abortion and the name of the mother written on it. Twins were placed together in one bag. They photographed some of the babies to document the atrocity, all the while exercising the utmost care and respect. But it was an awful sight. I could not stay very long in the garage.

We all agreed that the public needed to know how these children were treated and to confront the reality of abortion. On May 6, we held a press conference in front of the Michigan Avenue Medical Center abortion clinic and displayed the 600 aborted babies that had been taken from the trash right behind the building located on this famous street.

The reaction? People were shocked. Some were angry. The police told us we needed a permit. The clinic personnel were totally caught off guard.

Shortly after the press conference, Monica arranged for the burial of these abandoned children in St. Mary’s Cemetery in the Chicago suburb of Evergreen Park. A marker in that place assures that they will never be forgotten.

We pray for them, for their parents, for those responsible for their deaths and for the society that lets the abortion atrocity continue.

Remember the Victims of Abortion on September 13

A memorial service will be held at the final resting place of over 500 victims of abortion who are buried at St. Mary’s Cemetery in Evergreen Park, as well as more than 100 other burial sites and other memorial locations nationwide next Saturday, September 13, in commemoration of the National Day of Remembrance for Aborted Children.

Find details for the memorial service nearest you here.