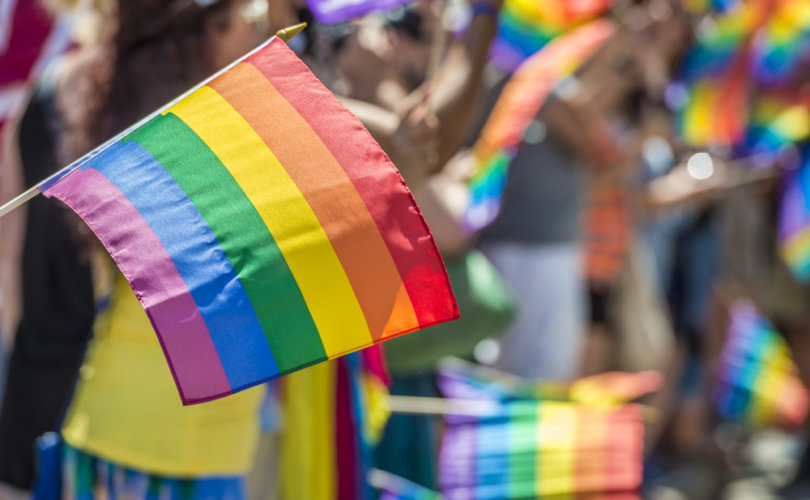 April 8, 2016 (NCFamily) — The media has made a big deal during the last week about various business interests coming out in opposition to the passage of House Bill 2, North Carolina’s Bathroom Safety and Privacy Bill. These actions have left many across the state and nation befuddled and scratching their heads. Why are some executives with Fortune 1,000 companies and other businesses speaking out against the bill, which essentially reiterates existing state policy and includes a number of overtly pro-business provisions? And why is the president of a national LGBT (lesbian, gay, bisexual, transgender) activist group, the Human Rights Campaign (HRC), delivering an opposition letter to N.C. Governor Pat McCrory on behalf of these business interests just days after the bill passed?

While LGBT activist groups would like for us all to believe this was a spontaneous uprising of indignation among the state and national business community, a closer examination reveals that it is actually part of a carefully orchestrated campaign by the HRC and its network of allies.

Each year since 2002, the Human Rights Campaign has produced what it calls a “Corporate Equality Index” to track and report efforts within corporate America to promote acceptance of the LGBT agenda. A review of this document for 2016 sheds quite a bit of light on the questions above.

In its report, the HRC discusses how it targets and rates Fortune 1,000 companies and the nation’s 200 largest grossing law firms on their friendliness to LGBT interests, and how it will penalize these entities for “a large-scale official or public anti-LGBT blemish on their recent records.” It also highlights how businesses that supply or contract with these corporations and firms are pressured to adopt pro-LGBT policies, and how the HRC seeks to deny corporate philanthropic funding to nonprofits that don’t share its view.

For a group that purports to support “tolerance,” these ratings and pressure tactics seem far from accepting of other viewpoints.

Since 2002, the HRC’s criteria for corporate ratings (on a scale of 0-100) have continued to become increasingly aggressive and stringent and now are based on three main criteria — a company’s: “global workplace non-discrimination policy and/or global code of conduct;” “requirements for contractors, vendors and suppliers (U.S.);” and “corporate giving guidelines.” (Please be sure to see the more detailed summary of the HRC’s corporate rating criteria below.)

Well before the invention of the Corporate Equality Index, HRC began working to organize LGBT employees within the nation’s largest companies, establish “affinity groups” within these corporations, and identify well-placed “executive champions” to push the LGBT agenda within the corporate structure. As we have seen in other states—and now in North Carolina—when things happen that the HRC doesn’t like, this network is activated, and allied corporations and executives are unleashed to do the HRC’s bidding.

While I am sure a handful of Fortune 1,000 corporate executives are personally supportive of HRC’s agenda, I fully expect others feel pressured and compelled to act in order to avoid getting a black mark beside their company’s name in the Corporate Equality Index and being targeted for boycotts and other forms of retaliation. As you can see in the summary of the HRC’s corporate rating criteria below, it is not only the omission of internal pro-LGBT corporate policies, benefits and culture that can result in retribution against a business, but it is also a failure by corporate executives and others to demonstrate “public support for LGBT equality under the law through local, state or federal legislation and initiatives.”

This is exactly why we have been hearing some business representatives and others, who have clearly not read House Bill 2 and who have no idea what the bill actually says, parroting the HRC’s talking points over and over again. This is also why the delivery of a letter by the president of HRC to Governor McCrory bearing the signatures of a handful of well-positioned corporate executives decrying the passage of a pro-business bill doesn’t pass the smell test.

Far from an “organic” outrage by the business community, you have to hand it to the Human Rights Campaign for orchestrating a masterful PR and lobbying campaign against House Bill 2. Good spin does not make good policy, however, and despite all the noise, North Carolina should continue to resist the temptation to bow to bully tactics.

The following is a summary of the criteria used in the Human Rights Campaign “Corporate Equality Index 2016.” Rating points are deducted if a company does not comply with each of the following:

Finally, the Criteria Rating System and Methodology, states “Employers will have 25 points deducted from their score for a large-scale official or public anti-LGBT blemish on their recent record.”

Reprinted with permission from NC Family.