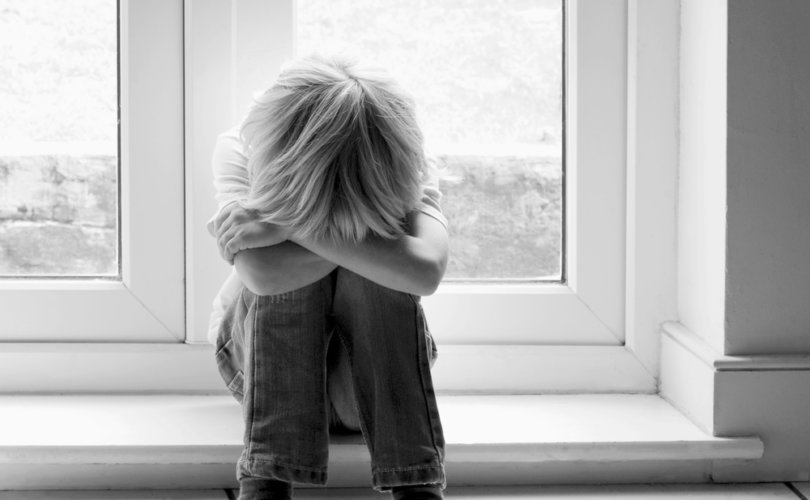 September 9, 2020 (LifeSiteNews) – Sure, let’s make it easier for adults to homosexually molest young teens. This makes lots of sense.

And ignores thousands of years in the track record of child corruption.

Why are we even talking about this? There are sound reasons why adults who have same-sex attractions have historically been barred from access to children, and we ignore the time-honored rationale at our peril.

California, on a track to become the most self-destructive state in the union (not counting Oregon, Washington, and New York), just passed a bill that weakens penalties for adults having homosexual sex with minors.  Senate Bill 145 is ready for Gov. Gavin Newsom to sign, and by the time you read this, it may be law.

The reality is, this bill amends a bad law to make it worse. Right now, a 23-year-old guy who has sex with a 15-year-old girl does not automatically become a sex offender. This bill seeks “equality” to make homosexual encounters on par with the current law.

Wiener apparently believes there are young people born with an “LGBTQ” identity sticker tattooed on their infant bodies, rather than these being developed, deviant, avoidable desires. Wiener also assumes that a 14-year-old is mature enough to give consent, also not true, but like many homosexuals, he may have little knowledge of child development. And probably doesn’t care.

Homosexual activists have pushed for many years to lower the age of consent for teens to have homosexual sex. But why legitimize this behavior? Homosexual coupling will never be marriage in the eyes of God, if you believe Scripture. And we can also point to the evidence of destruction clearly before us.

Yes, not all adults with homosexual attractions are interested in children, but enough are that historically, societies have kept such folks separated from kids.

Opposite-sex molestation is a concern as well, but there’s a key difference. There are already built-in barriers to limit men from molesting girls compared to same-sex molestation, a big one being the potential for pregnancy and the disclosure that brings.

But overall, opportunities for same-sex sexual contact are greater. Adult males can be camp counselors and sleep in the bunkhouse with boys. They may use the same restrooms as boys. Adult females may be coaches of girls’ teams.

The restroom/locker room access issue for gender-confused youth is one championed by “LGBTQ” activists because it opens up even more opportunities for sex in all directions. It seems cynical, but given the amount of time and funding devoted to selling this to America, one cannot help but conclude that there are big donors in the “LGBTQ” community fond of the idea of males (dressed as females or males) with easy access to little boys or little girls. All the barriers come down if they get their way.

Relative to childhood innocence and sexual integrity, there are several categories of adults with same-sex attractions:

And this is why homosexual behavior should never have legitimacy, certainly not as marriage. It’s not just what they do (bad enough) but what they support, or fail to protect.

Homosexuals virtually never protect children. Why? Because most are still children emotionally themselves. And our culture is critically damaged when adults with powerful political sway refuse to protect, and even endanger, children.

It’s also why those of us who have seen the evolution of this movement and its interest in children are heartbroken that everything we predicted is now happening.

And it never had to, if Christians would listen and be willing to speak out. There are still way too many self-labeled (but biblically illiterate) Christians who have the following attitude:

“I know two ‘gay’ guys down the street and they would never hurt anyone! I see no reason why they shouldn’t love whomever they want.”

Yes, and they probably fall into category 3 or 4 above. Their behavior, and its legitimacy, fosters the systemic sexualization destroying the lives of too many children.

And that’s why California is stupid and reckless with the welfare of its kids if they enact this law. The state already requires porn-drenched “CSE” sex education in schools, a jaw-dropping reality just dawning on parents of public schoolchildren. California also requires, by law, “LGBTQ” issues to be taught in schools as a positive option. It’s completely insane.

I hate to say we told you so, but we told you so. Many so-called “progressives” and many in our churches will continue to be blind. Let’s pray for hearts to change, for those corrupting children to repent, and for eyes to open so our kids can receive the protection they deserve from responsible adults.