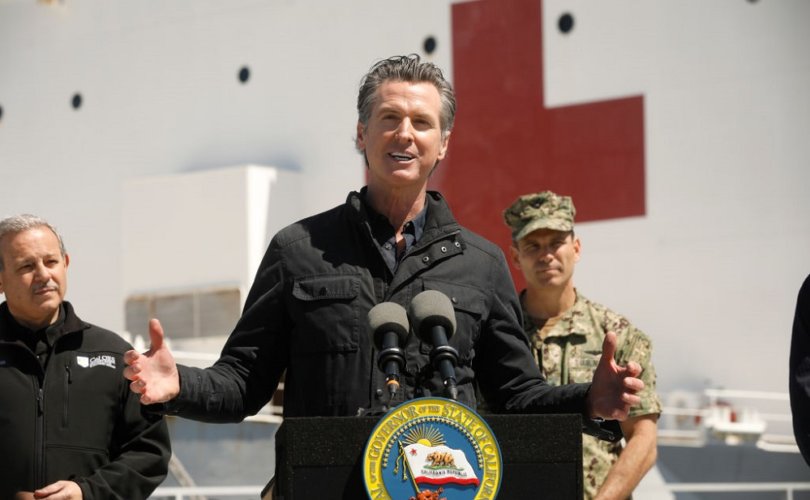 April 6, 2020 (American Thinker) — Trump has not been perfect in managing the coronavirus situation, in large part because perfection in these situations is illusory. From the start, the available information about the coronavirus has been fluid, whether because of China's lies, the inherent variability of an unknown virus, or the different outcomes in different nations.

Nevertheless, Trump is a naturally proactive person, and he has been responsive in essential ways to the black swan that is the coronavirus. His two most significant moves were to ban flights from China and then, as the situation in Europe deteriorated, flights from Europe, too.

Trump took other important steps as well. He cut the red tape that was preventing the U.S. from having functional coronavirus test kits. He also harnessed the American private sector in a way that hasn't been done since World War II. This is why, despite past Obama administration negligence, America is coming up to speed with the N95 masks that health care workers need.

Democrats' response to the coronavirus has been to complain about Trump — that is, when the Democrats aren't panicking about shortages of masks and respirators. Those shortages are especially concerning in New York and California, two of the states hardest hit by the coronavirus epidemic.

That's why it's so fascinating to learn that both New York and California sowed the seeds of their own destruction when they failed to take necessary steps to replenish supplies that got diminished when H1N1 hit America. Interestingly, that virus, which occurred on Obama's watch, sickened 60.8 million Americans, resulted in 274,000 hospitalizations, and killed 12,469 people with nary a peep from the media. Not all epidemics are created equal.

But back to California and New York. RedState ably summarizes what happened in California:

If Garcetti had access to three mobile 200-bed hospitals with ICU units and surgical suites, “50 million N95 respirators, 2,400 portable ventilators, and kits to set up 21,000 additional patient beds wherever they were needed,” he would probably feel a bit more prepared to handle the predicted onslaught.

California had such a system, implemented by former Gov. Arnold Schwarzenegger in 2006. Schwarzenegger was troubled by the suffering he saw along the Gulf coast after Katrina and was concerned about a possible bird flu pandemic. Knowing that devastating earthquakes and “wanted to prepare the state for future calamities.”

“They were not like a MASH tent on TV….They were fully insulated, HVAC-equipped, semi-permanent tents. They had ventilators, a full complement of medications, and they would roll out in 18-wheelers with [a Highway Patrol] escort. They had sleeping quarters for the staff — really comprehensive.”

During the 2008 recession state revenues plummeted, and the state faced a $26 billion budget deficit by the time Schwarzenegger left office. Gov. Jerry Brown cut the system in 2011, sarcastically remarking that “the programs had been set up to counter 'a potential influenza pandemic which did not occur.'”

Meanwhile, California has already spent over $5 billion on its high-speed rail, and that's just the beginning. The plan was to connect Los Angeles to the San Francisco Bay Area, but only a few miles of track have been laid, and the state still needs an estimated $75 billion to complete the project. California also spends over 17% of its budget on illegal aliens and is so committed to “sex change” that it's paid for a prison inmate's surgery.

While California still has an emergency stockpile of 21 million N95 respirators, they're technically past their expiration dates. This may not be meaningful, though. Regulations require that manufacturers put expiration dates on drugs and some supplies, but those dates are usually irrelevant.

New York was no better than California at emergency preparation. In November 2015, the New York State Task Force on Life and the Law published Ventilator Allocation Guidelines. The task force expressly stated that it had prepared these guidelines because “pandemic influenza is a foreseeable threat.”

While the task force boasted that “New York State has stockpiled 1,750 ventilators to help reduce ventilator need in the face of the moderate scenario,” it conceded that it did not have any “current plans to buy enough ventilators for the most severe model.” In any event, said the task force, without enough trained people to work additional ventilators, any further purchases would be a waste of money. Interestingly, New York has always found money for its 750,000-plus illegal aliens. It also pays for genital-mutilating surgeries. It's always about priorities, isn't it?

Our federal system is predicated on the states being responsible for themselves, while the federal government is responsible for the nation as a whole. Democrat-run states, though, have been so busy funding all sorts of politically correct initiatives that they forgot that their core responsibility is to be there for their citizens in emergencies.