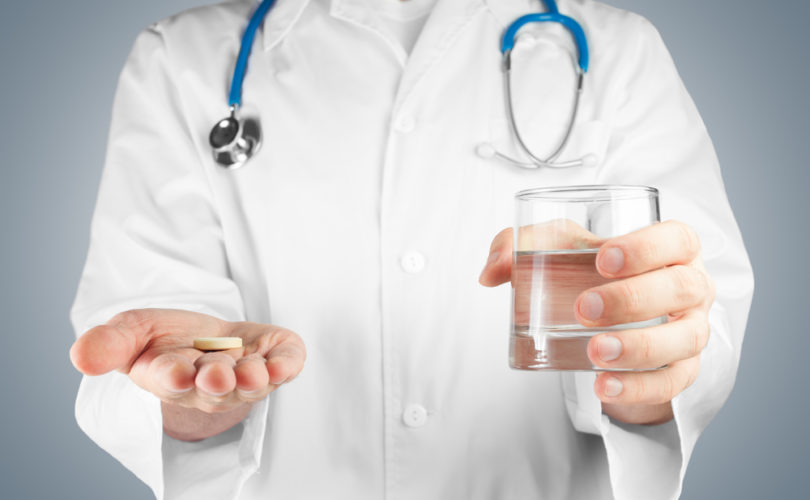 July 7, 2016 (Population Research Institute) — At what point can we say that a life no longer matters?

For California lawmakers, it seems that their answer to all these questions would be a resounding yes. They are terribly mistaken, however—all lives matter and there is never a point where one can say they no longer do.

The assisted suicide law passed by the California legislature last year, euphemistically titled the “End of Life Option Act,” takes effect this month. The law makes it legal for doctors to prescribe lethal drugs to patients who request them. And it’s not hard to “qualify” for them either.

While assisted suicide has been legal for decades in Oregon, and for several years in other states like Washington and Vermont, the new California law escalates assisted killing to an unprecedented level. It is estimated that the number of assisted deaths will now triple as a result, given that California is home to nearly 40 million Americans.

To qualify for the lethal drugs, patients only need to be a resident of the state, have a terminal illness with an estimated less than six months to live, and must be capable of making an informed decision free of any mental disorders or obvious outside pressure from relatives to end their life. The law only requires patients to make two verbal requests fifteen days apart and one written request in order to receive the life-ending drugs.

California’s new law is flagrantly unethical and will have a number of extremely harmful consequences.

Legalizing assisted suicide will fundamentally change medical ethics not only in the state of California, but in the rest of the country as well. Assisted suicide is diametrically opposed to the principle of refusing to hasten death which at one time defined medical ethics. The original version of the Hippocratic Oath specifically prohibited assisted death. For millennia, doctors have sworn to “not give a lethal drug to anyone if I am asked, nor will I advise such a plan.” That is all about to change now; the Oath will either be changed or ignored, defeating its purpose.

Doctors and medical ethicists will be forced to re-evaluate where they stand on the issue. Those who choose to become involved with helping to kill the terminally ill will undoubtedly need to invent a new standard of ethics to justify their killing.

Where will the line will be drawn between what is acceptable and what is not? Wherever that line is drawn, odds are it will shift over time. Will the line remain at patients with an estimated six months to live? But why six months? The number is rather arbitrary in the grand scheme of things. Why not nine months? Twelve? Why won’t patients who are completely paralyzed and unable to self-administer the deadly barbiturates qualify? Mental disorders like bipolar disorder are commonly diagnosed on a spectrum. How far along the bipolar spectrum must patients be in order to qualify?

These new lines will not be drawn by the cautious, but by the most active of the assisted suicide providers. (I hesitate to call them “doctors.”) Once these providers become accustomed to deciding who can and cannot be killed, they will begin adding exceptions to the list of people who qualify for assisted death.

The law’s proponents often point to the fact that assisted killing will only be made available for the terminally ill who want to die and will not affect people like the elderly and the disabled. But why is it acceptable to target the terminally ill? Who made the California state legislature the arbiter of which lives may or may not be worth living?

Rather than selecting a subset of the population–in this case the terminally ill–for assisted death, all life should be defended and respected, without regard to age, socioeconomic status, or health condition. All people, especially the terminally ill, have dignity and the right to not have society tell them that they might want to kill themselves. Doesn’t this just increase their suffering? It would for me.

One of the supposed “safegaurds” in the California law involves screening patients for mental disorders that could impair their judgement. Patients who request assisted death must have the “physical and mental ability to self-administer” the lethal drugs.

How many people with mental disorders could be killed as a result of this policy? It is difficult to say. But a recent study published in The Lancet found that general practitioners, on average, were only able to correctly diagnose major depression in their patients less than 50% of the time, and incorrectly determined that their patients were not suffering from depression (when in fact they really were) almost 15% of the time.

The California law also attempts to prevent patients from regretting their decision by requiring that the verbal requests be spaced at least fifteen days apart. Fifteen days, however, is not a sufficient length of time to establish a consistent intention. Studies show that the average length of a major depressive episode lasts about 3 months. Episodes last longer than 21 months for every one out of five people living with depression. Even depressive moods for people not suffering from major depression can last over two weeks.

But even if no symptoms of depression are present, those who take lethal drugs eventually regret their decision–if they survive. People who survive suicide attempts are nearly always thankful that they survived, and often say the worst part of the whole experience is the regret they felt after having made the decision, and having no way of avoiding death.

Panic is a common symptom people experience after ingesting the deadly barbiturates the suicide pills contain. Unfortunately, after ingesting the lethal drugs there is nothing a patient can do to take back their decision. So much for providing safeguards against regret.

At the same time, however, health care providers are not allowed to prohibit employees from participating in assisted suicide at other institutions that they may be affiliated with and cannot prevent them from making referrals.

So, for example, a Catholic hospital that decides not to offer assisted suicide services because it violates Catholic moral teaching would not be able to disassociate themselves from a certain employee who is involved with assisted suicide at a public hospital on the other side of town. The same Catholic hospital would also not be able to prevent their employees from offering patients referrals or information on how to obtain lethal drugs. Forcing institutions to act as middlemen in assisted suicide cases constitutes a clear violation of conscience rights and constitutionally guaranteed religious liberty rights.

One safeguard sorely lacking is that the law ignores the real reasons why many people seek assisted suicide in the first place.

California lawmakers assume that someone is giving informed consent of their own will simply because they sign a form. Motives can often be disguised, and a signature on a form does not suffice to assure that a patient’s decision is not coerced.

Patients may be unwilling or uncomfortable to discuss their true motivations. Patients may not even be aware of some of the underlying causes leading them to consider suicide. What patients say they want and what they actually want can be two very different things, especially when a depressive mood is involved.

People can also be manipulated and controlled. Some may have been conditioned by family, friends, or society to think that death is the best option for them, even if it is not really what they want. The coercion does not have to be overt. People can be coerced through implied thoughts and views expressed in attitudes or suggestive manners of speech from relatives, friends, or health care providers. Those suffering from terminal illnesses can be made to believe that they are a burden to their family without a word being said.

Legalizing assisted suicide places some of the most vulnerable members of society at risk. Terminally ill patients suffering from even a brief depressive episode can sometimes “see” signs that their relatives are tired of caring for them even when this is not the case. People know when they are unwanted, but the emotionally weak often believe they are “unwanted” even when it isn’t true. For the terminally ill, especially those saddened or afraid of what lies ahead, these are powerful and coercive motivators to consider assisted death. Patients who ask for assisted suicide in these scenarios cannot be said to give informed consent of their own will, but under California’s assisted suicide protocols, we will never know the underlying causes.

There is nothing compassionate about selecting what kinds of lives may not be worth living. Every human life has dignity and is worth living. Assisted suicide laws in the United States are an affront to human dignity.

They should be rescinded.