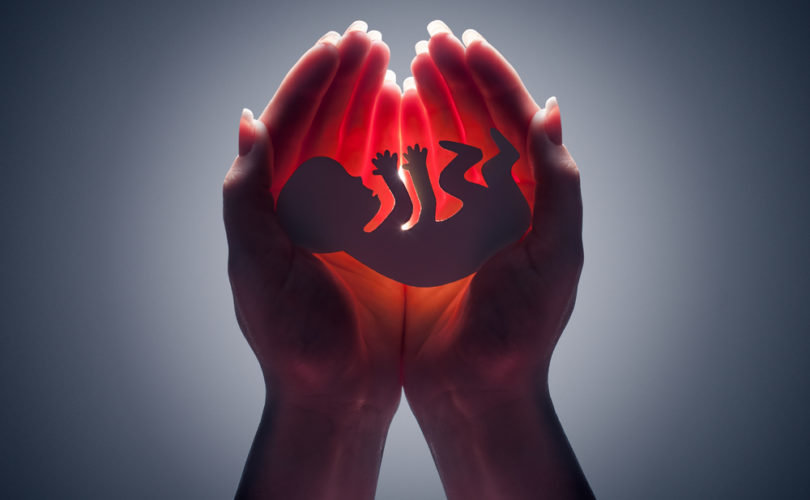 When the phone rings at Operation Rescue, one never knows quite what to expect.

The red light flashed on my office phone alerting me that a voicemail message awaited my attention. As I started my computer and settled in on Monday morning to begin a new week of work, I hit the voicemail button and fumbled for a post-it note.

“Hi, Cheryl. My name is Danielle…” the voice began.

Danielle had been having a series of reoccurring dreams about a doctor she had seen in 1987 or so when she was a young girl in the Baltimore foster care system. One such dream prompted the early-morning call to my office.

A name she couldn’t shake all those years – the name that was the subject of her disturbing nightmares — was the name of Dr. Ghevont Wartanian.

“I almost died after an abortion that Dr. Wartanian performed,” Danielle said. She related how Wartanian had conducted an abortion on her in her sixth month of pregnancy. However, he left tissue and the placenta inside her, which putrified and caused a massive infection. She had to be rushed to the hospital for emergency surgery to remove the festering tissue.

At the time, Danielle was just 13 years old. She had been placed in foster care after suffering from physical and sexual abuse in which she became pregnant and infected with a venereal disease.

As horrific as her story was, it happened so long ago that I knew that there wasn’t much we could do for her. Thinking Danielle just needed a referral for a post abortion healing program, I had our assistant, Deborah Myers, contact her.

But Danielle didn’t need post abortion healing. She just thought the information she had might help us in some way after seeing a story I wrote about Wartanian in 2010.

At that time, Wartanian was working at the now-closed GyneCare abortion facility in Severna Park, Maryland. He was keeping the abortion business running after the owner, Romeo Ferrer, had his medical license suspended following public outcry over the death of his abortion patient, Denise Crowe.

I found that Wartanian had a long history of medical abuses that became the subject of a front-page story in the Baltimore Sun in 2001 that exposed a dangerous lack of oversight at the Maryland Board of Physicians. Wartanian was used as an object lesson in a call for Board reforms and greater oversight of physicians.

Despite several cases of negligence that resulted in dead babies that were wanted by their mothers and life-threatening injuries inflicted on women, Wartanian was never disciplined by the Maryland Board of Physicians.

In 1994, an attorney representing a woman whose baby, Paul, died due to Wartanian’s incompetence complained to the MDBP and implored them to look into Wartanian’s practice. The Board declined.

In 2002, when the Maryland General Assembly was considering amendments to the law that would have reformed the way the Board disciplined dangerous physicians, the attorney submitted cases of Wartanian’s incompetence but was told the Board found nothing that warranted discipline.

To this day, even though additional malpractice suits have been filed against Wartanian, he still boasts of a clean record which belies the truth behind a career that has been characterized by what can only be described as quackery.

Troubled that this long-time abortionist, whose incompetence and “cavalier attitude” toward the suffering of others was running interference for an incompetent abortionist that had recently killed a patient, we wrote to the MDBP and asked that they perform a competency review on Wartanian. To my knowledge, one was never done.

We found out later from Michael Martelli, the former director of the Maryland Coalition for Life, that my exposé had greatly disturbed Wartanian, who maintained a private practice with another doctor in Glen Burnie. Two days after its publication, Martelli decided to take his 40 Days for Life prayer group over to Wartanian’s main office hoping to persuade Wartanian to stop doing abortions at Ferrer’s clinic.

Wartanian met with Martelli and after a cordial 45-minute discussion, Wartanian agreed to stop doing abortions effective immediately. He called Gynecare, cancelled his existing appointments, and told the clinic he would not be coming back. With no one to replace Wartanian, Ferrer permanently closed Gynecare. Ferrer’s own medical license was soon surrendered, and we thought that was the end of the story. With Wartanian supposedly out of the abortion business, we soon moved on.

That is, until Danielle called.

Deborah searched Wartanian’s medical license to see if he was still practicing. That’s when she discovered that he was in fact still in business and had been just been reprimanded in an order dated July 22, 2014. It was the first disciplinary action against him in all his years of documented ineptitude.

According to the disciplinary documents, Wartanian had been reprimanded and ordered to pay a fine of $10,000 for “engaging in unprofessional conduct and sexual misconduct in the practice of medicine.”

It seems that the “preponderance of the evidence” against Wartanian proved that he had committed sexual impropriety when he made two patients undress in front of him, then humiliated them with sexually explicit comments during manual examinations of their private body parts — all without a chaperone in the examination room.

The Maryland Board of Physicians ordered Wartanian to work under the watchful eye of a chaperone as a permanent condition of his licensure.

Sexual improprieties and even molestation and rape are not all that uncommon within the abortion cartel. Wartanian’s disciplinary action is a further case in point.

I can only wonder if these women would have been spared the indignities they suffered if only the Maryland Board of Physicians had acted to perform that competency review we asked for in 2010, or if better discipinary rules were passed in 2002, or if they had seriously investigated him in 1994, or if he had been held accountable for nearly killing 13-year old Danielle in 1987. There were many opportunities throughout the years to protect the public from Wartanian’s abusive practices.

Each time the Board declined to act, more women suffered.

Last month’s reprimand and fine are too little, too late for a man with a history like Wartanian’s.

It is evident that traditional discipline and public exposure of his misdeeds did little to persuade him to amend his ways. It is more than apparent that the reforms called for in 2001 and again in 2010, after the discovery of Steven Brigham’s illegal bi-state late-term abortion scheme, did not nearly go far enough.

Often we are asked how we discover information on the abortion cartel. Sometimes it comes through plain hard work, but other times, like in this case, the information seems to come to us through circumstances that could only be orchestrated by God. Danielle’s dreams were for a reason, so the ugly truth about this dangerous man could be further exposed, lest we forget that men like Wartanian are out there abusing women in the name of medicine for their own perverted pleasure.

Speaking of Danielle, her story was easily corroborated with a simple Google search.

It seems that Danielle suffered horribly from abuse at such a young age, which was only compounded by her botched abortion. Nevertheless, her experiences drove her to help others. Today, she is a social worker whose job it is to prevent children from suffering the abuse she endured, both at the hands of family members and the hands of an incompetent abortionist.

Meanwhile, Wartanian, now 68 years old, has stopped doing abortions, according to his receptionist, yet he remains open for business and is still seeing patients despite molesting at least two women who trusted their care to him — not to mention four decades of infliction of human misery and tragedy on one patient after another.

It is evident that the physician disciplinary system in Maryland is broken and that greater reforms are needed. A lack of Board action on a doctor’s profile is certainly no indication of physician competence in that state. But women who don’t know that continue to walk into the offices of abusers like Wartanian, abortionist LeRoy Carhart, and others thinking they are getting competent medical care when nothing could be further from the truth.

Maryland must stop looking the other way and clean up their regulatory mess before more women suffer and more babies needlessly die.