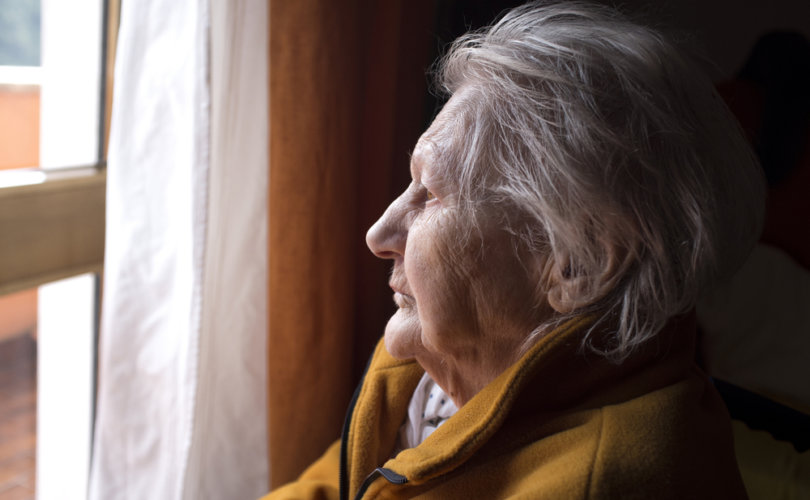 (Euthanasia Prevention Coalition) – Dr Ramona Coelho is a family physician in London, Ontario, whose practice includes caring for marginalized patients and those living with mental illness and disabilities. In her article “Medical assistance in dying overused in Canada even before expansion,” Coelho explained how Canada’s euthanasia law has become the most permissive regime in the world.

Her article was published by the London Free Press on July 9, 2022.

Canada’s medical assistance in dying (MAiD) law is the most permissive euthanasia and assisted-suicide legislation in the world. The United Nations (UN) special rapporteur on the rights of persons with disabilities, the UN independent expert on the enjoyment of all human rights by older persons, and the UN special rapporteur on extreme poverty and human rights, have all warned our Canadian government that our MAiD law will lead to human rights violations.

Still, the federal special joint committee on MAiD is studying and making recommendations to the government on expanding the system that was created in 2016 and further enlarged in 2021.

Here are some recent examples of MAiD abuses under the current law, based on information provided by doctors, a patient, and family members:

A man was admitted to hospital after suffering a small stroke affecting his balance and swallowing. He was feeling down and isolated due to a COVID-19 outbreak on his ward. The stroke neurologist anticipated he would be able to eat normally and regain most of his balance. Psychiatry diagnosed an adjustment disorder but noted his prognosis was very good.

The patient then requested MAiD. Neither of his MAiD assessors had expertise in stroke rehabilitation and recovery. Because he was temporarily eating less, the MAiD assessors decided he could die right away instead of waiting the required 90 days for those living with disabilities despite having no terminal comorbidities. He received MAiD the following week. This man died alone and depressed and before he had tried proper therapy or reached maximal recovery.

A 71-year-old widower was admitted to a Southwestern Ontario hospital after a fall. His family says during his admission he contracted an infectious diarrheal illness. He was humiliated by staff for the smell of his room, his family said. He developed a new shortness of breath that was not comprehensively assessed. In this context, a hospital team member suggested he would qualify for MAiD. The team said he had end-stage chronic obstructive pulmonary disease (COPD) and it was terminal. The patient was surprised by the diagnosis but trusted the team.

Was MAiD raised as an option because the man’s admission was taking too long or his room smelled or because he was a victim of ageism? Did he choose death because his treating team made him feel horrible or he made his decision based on inaccurate information? His family believes this is the case. There is no safeguard in the legislation that protects marginalized Canadians (victims of ageism, racism, or ableism) from MAiD being raised as a “treatment option.”

CTV ran a W5 story showing a man’s MAiD provision, and a patient let me know the story was very appealing, and MAiD would be a good option for her. This patient is in her midlife and had a recent onset mild spinal cord injury of which she hasn’t had time to adjust, receive any peer support, or proper symptom control. She would prefer to die than be poor and she is aware the government won’t provide what she needs to live with her new disability.

The legislation is written such that she can access MAiD before she can get better, heal to the extent possible, and adjust. Also troubling, the government has not considered the well-documented phenomenon that messaging promoting suicide increases rates of suicide. Have we considered how MAiD offered by the government might affect a person’s decision to choose death?

Despite these cases and numerous others in the media spotlight that should make us pause and consider the evidence, some are pushing for MAiD expansion. The federal expert panel on MAiD for mental illness has recommended mental illness be grafted onto the MAiD framework without any legislative changes in March 2023.

Troublingly, Canadian bioethicist Udo Schuklenk dismisses concerns that suffering caused by societal injustice could lead to choosing death. Schuklenk claims that limiting MAiD for psycho-social suffering “would translate into removing the agency of [decision-capable] patients without offering them a way out of their predicament.”

Schuklenk speaks of agency but shows no consideration for how societal structures, such as governments, create and sustain the predicaments that can make death an attractive choice for those who would have instead benefitted from greater resources and care.

Dr. Jeff Kirby, a member of the expert panel on MAiD for mental illness, writes that he had to resign before the report was published as the recommendations were “soft” and “inadequate.” He also states there were procedural issues, including the discouragement of members bringing forward relevant matters for deliberation and a lack of reporting transparency.

Canada’s MAiD law currently allows suicide facilitation for persons with disabilities and is on track to expand in March 2023 to those living with mental illness. The first report of the federal special joint committee on MAiD suggests it will not only ignore all the problems caused by MAiD, but also further entrench and expand MAiD in Canada.