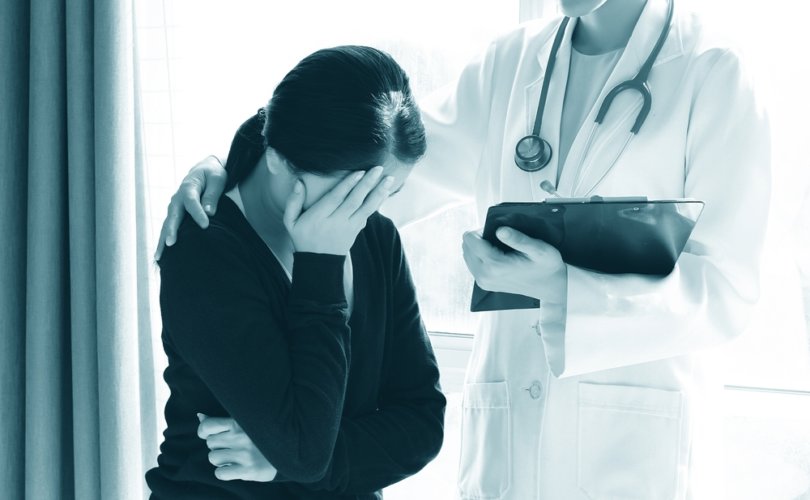 April 18, 2017 (NationalReview) — Euthanasia/assisted suicide is NOT about terminal illness. The issue is about normalizing killing as a response to human suffering.

Sure, the initial sales pitch would restrict doctor-administered or prescribed death to the dying. But that’s just to get people comfortable with the concept. Once a society accepts the principle, logic quickly takes it to a broad euthanasia license.

Canada is a prime example. Before the Supreme Court imposed a national euthanasia right on the country, the debate was all about terminal illness. But now that euthanasia is the law throughout the country, the push is on to allow doctors to kill the mentally ill who ask to die.

The Globe and Mail’s pro-euthanasia health columnist, André Picard, uses the suicide of a mentally ill person to push that agenda. From, “The Mentally Ill Must Be Part of the Assisted Suicide Debate:”

We should not discriminate or deny people rights because it makes us queasy or because of our prejudices. This case reminds us just how severe mental illness can be. “Non-existence is better than this,” Mr. Maier-Clayton said. “Once there’s no quality of life, life is akin to a meaningless existence.”

Opponents of assisted death argue that those who suffer from mental illness cannot make rational decisions, that they need to be protected from themselves.

But we’re not talking about granting assisted death to someone who is delusional, or suffering from psychosis or someone who is depressed and treatable. The suffering has to be persistent and painful, though not necessarily imminently lethal.

I would hasten to add, as defined by the suicidal person and regardless of ameliorating treatments that could be administered. But anyone who is suicidal believes his or her suffering is unbearable. Otherwise, they wouldn’t want to die.

This ever-broadening death license is only logical. If killing is indeed an acceptable answer to suffering, how can it be strictly limited to people diagnosed with a terminal illness? After all, many people suffer far more severely and for a far longer time than the imminently dying.

The Netherlands, Belgium, Switzerland, and now Canada, demonstrate that over time, it won’t be.

Meanwhile, California has a regulation requiring state mental hospitals to cooperate with assisted suicide for their involuntarily committed patients with terminal illnesses–despite supposed protections in the law for those with mental conditions that could affect their decisions.

Meant to be compassionate, assisted suicide is actually abandonment most foul. Compassion means to “suffer with.” Euthanasia is about eliminating suffering by eliminating the sufferer.

Or, to put it another way, euthanasia endorses suicide. It’s not choice, it is the end of all choices.

In any event, this is the debate we should be having. Whether one agrees or disagrees with my take, surely as we in the USA should debate the issue with intellectual integrity and honesty.

But we won’t because pro-euthanasia forces know they would lose. The obfuscating claim that assisted suicide will only be about the terminally ill for whom nothing else but death can eliminate suffering is just the spoonful of honey to help the hemlock go down.