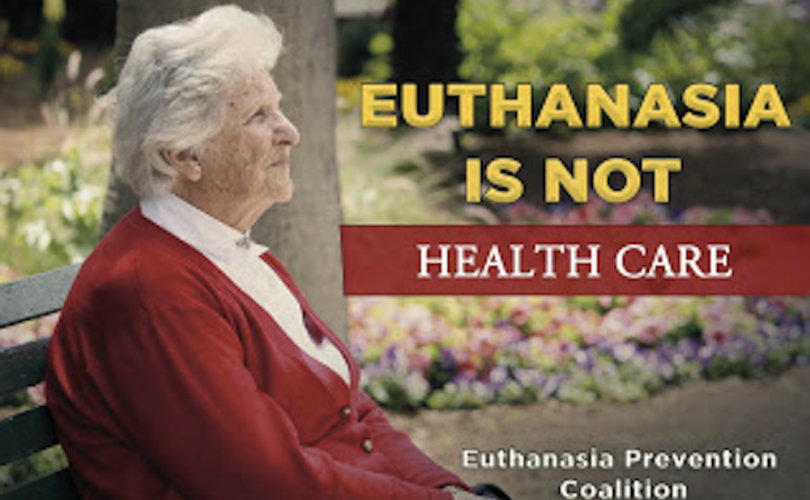 There were 167 reported euthanasia deaths in Québec prior to the federal government legalizing assisted death, therefore as of June 30 there have been (1,982 + 167) 2,149 reported assisted deaths in Canada.

Canadian governments have established a self-reporting system, meaning the doctor who carries out the death is the same doctor who reports the death (no oversight of the law) therefore it is possible that under-reporting and abuse of the law occurs. Based on the first Québec government euthanasia report 14 percent of the assisted deaths did not comply with the law.

There have been several stories indicating that there are problems with Canada's euthanasia law. For instance, Candice Lewis was pressured by doctors to die by euthanasia. Now she is feeling much better.

In late September 2016, Dr. Will Johnston reported on two British Columbia deaths that appear to abuse the euthanasia law.

In November, I was contacted by a man who stated that his Aunt, who died by euthanasia, may only have had a bladder infection.

Canada's euthanasia law does not protect conscience rights for medical professionals. The Coalition for HealthCare and Conscience launched a legal challenge to the Ontario College of Physicians policy that forces physicians, who oppose killing, to “effectively refer” their patients to a physician who will kill.

Effective referral is defined as referral for the purpose of the act. The court case was heard (June 13-15) in an Ontario court.

A Canadian bioethicist published an article promoting euthanasia/organ donation and a study was published stating that up to $138 million can be saved by euthanasia.

Meanwhile, a Toronto study that was published in the New England Journal of Medicine found that requests for euthanasia are based on existential distress and not physical pain.

To make matters worse, in June an Ontario judge extended euthanasia to non terminal people by redefining the phrase “natural death must be reasonably forseeable” in his decision and Canadian euthanasia doctors are demanding more money to kill.

The number of Canadian euthanasia deaths is high when compared to Belgium, where there was 235 reported assisted deaths in the first year (2003), 349 in the second year and 393 in its third year after legalization. In 2015, there were 2021 reported Belgian assisted deaths. Belgium has approximately one-thirdof Canada's population.

Data from a study published in the New England Journal of Medicine (March 2015) indicates that more than 40 percent of the assisted deaths in Belgium were not reported in 2013.

Based on the number of reported assisted deaths, it is possible that Canada will quickly surpass the Netherlands and Belgium.

The euthanasia debate must go beyond theory and buzz words and focus human reality. People usually ask for euthanasia when they are emotionally or psychologically distraught by their medical or personal situation. Euthanasia abandons people at the most vulnerable time of their life.

The answer to euthanasia is to care for people and not to kill people.