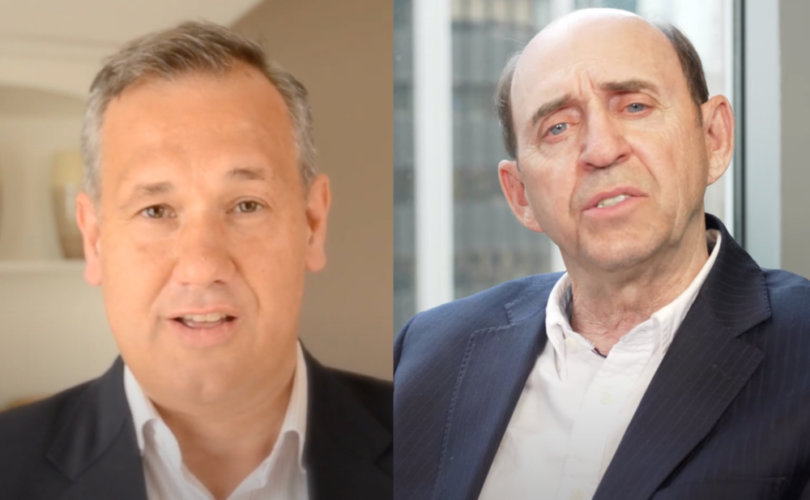 (Campaign Life Coalition) – Cheating and corruption is hard to take, isn’t it?

Especially in a democratic election, and when done in plain sight. And especially when committed by a party that constantly rails against the corruption and undemocratic behaviour of the Trudeau Liberals.

As I wrote Monday, two of our pro-life, pro-family Conservative leadership candidates were disqualified from the race with the most outrageous of excuses from the party establishment.

To their amazement, Joseph Bourgault and Grant Abraham were informed they had not met the advertised $300,000 ($233,560 USD) fundraising requirement, even though they each paid the party more than $300,000 by the April 29 deadline.

When we dug deeper to understand how the red Tory swamp could tell such a lie, we found out that they invented a new rule, out of thin air, which was not contained in the official rules for the leadership contest.

Yes, that’s how bold their lie was.

What’s even more perplexing is that Bourgault submitted $367,453 before the deadline, well above the make-believe number that party bureaucrats pulled out of their magic hat. I guess that Wayne Benson, CPC Executive Director, and Ian Brodie, Chair of the Leadership Election Organizing Committee (LEOC), would have us believe one more improbable mathematical equation:

Our sources inside the CPC tell us that members of LEOC were surprised to hear that the buy-in fee was suddenly now $345,000, and not the $300,000 they had been working with.

One LEOC member shared, in confidence: “They made this figure up. We’d never heard of it before. The only number we had ever heard was $300,000.”

— Article continues below Petition —
PETITION: Tell the CPC to reinstate conservative leadership candidates!
Show Petition Text
5370 have signed the petition.
Let's get to 6000!
Thank you for signing this petition!
Add your signature:
Show Petition Text

In order that you can see with your own eyes what the official CPC rules spell out for the buy-in fee, below are screenshots from the relevant sections of the official rules.

Since Bourgault and Abraham paid more than $300,000 by the deadline, their names should rightfully be included in the final list of verified candidates. Furthermore, on May 2, CPC executive director Wayne Benson admitted to the press that there was no impediment based on their political beliefs or background, and that the only reason for disqualification was this one alleged financial issue. From the CBC:

“In a statement, Wayne Benson, the party’s executive director, said the decision to block a particular candidate ‘was based on the requirements set out under the rules, not any prospective candidate’s political beliefs.’”

There’s something else very fishy, and which makes the party look like it’s covering up wrongdoing.

The red Tory bureaucrats are refusing to provide to Bourgault, Abraham, and a third disqualified candidate also rumoured to be a socon, Joel Etienne, a report listing all the donations that came into the party for each candidate.

We cannot let this skulduggery go on. There must be justice for the candidates who met all the requirements and for their donors, whose cash the party is planning to steal, err, I mean, keep. Please take the following three actions to voice your discontent and demand the reinstatement of Abraham and Bourgault.

1: Email all of the LEOC members by copying and pasting the email address string here.

Note: most of the emails sent on Monday were blocked. Perhaps the addresses were wrong. Hopefully these email formulations which are a mix of CPC addresses plus others found online, are more accurate. If you get error messages back, don’t worry – just plan to make your voice heard using actions #2 and #3 below.

2: Email your Conservative MP, if you have one, by looking them up by postal code here.

Thank you for helping us defend truth and democracy.