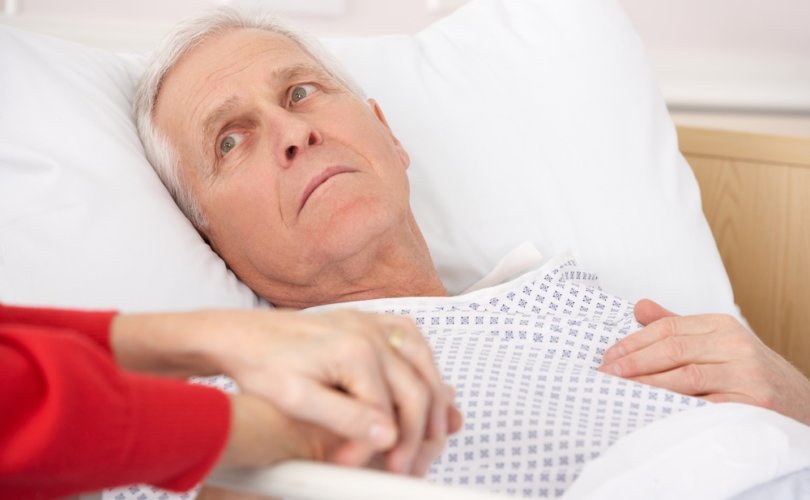 (Euthanasia Prevention Coalition) – An article by four prominent medics has been published challenging the Canadian government’s policy to extend euthanasia to those with mental illnesses.

Gaind, Coehlo, Maher and Lemmens challenge the false statements made by Jocelyn Downie – one of the world’s leading “academic” pro-euthanasia (MAiD) activists – and Mona Gupta, a psychiatrist who has been promoting euthanasia for mental illness alone. Both Downie and Gupta recently published a response to the Québec Commission report on MAiD – a report that decided not to approve euthanasia for people with mental illness alone.

Downie and Gupta’s response was also published by Policy Options, on March 2, entitled: Québec’s Commission on MAiD misses the mark on mental disorders. They argued that the Québec Commission on MAiD did not follow the same play book as the rest of Canada by rejecting euthanasia for mental illness alone.

However, Gaind, Coehlo, Maher and Lemmens stated that the federal government rushed through its approval of euthanasia for mental illness without properly considering the unique dangers associated with MAiD for conditions outside of the end-of-life context.

Some who defend the expansive new law invoke the right to equality. Yet, three United Nations rapporteurs and human rights experts, national disability and social justice organizations, Indigenous advocacy groups and leaders and elders, along with hundreds of medical and legal experts have argued that Bill C-7’s removal of the safeguard of “reasonably foreseeable death” for those with disabilities, including mental health disabilities, shows reckless disregard for equal protection of disabled persons against avoidable death.

Gaind, Coehlo, Maher and Lemmens then reinforce the fact that it is impossible to predict when a mental illness is irremediable, as required by the law. They write:

From the world-renowned CAMH (Centre for Addiction and Mental Health) to the Canadian Association for Suicide Prevention, experts have warned that it is impossible to predict, as per the language of the law, the “irremediability” of mental illness for any individual. Critics say this raises the spectre of people who are not near death, but who have mental illness, being provided physician-assisted death based on unscientific assessments by physicians claiming supposed “irremediability” — at times where they may be suffering despair that is actually resolvable.

Gaind, Coehlo, Maher and Lemmens challenge the concept that a consensus is developing among mental health professionals, noting:

The Canadian Mental Health Association and the Ontario Association for ACT & FACT (experts providing front-line care to those with the most severe mental illnesses) both stand in strong opposition. In a recent survey the overwhelming majority of Ontario psychiatrists who responded said they oppose the sunset clause and MAiD solely on the grounds of mental illness. Gupta and Downie’s article paints a false impression of a “fait accompli” consensus that does not exist.

The four authors further challenge Downie and Gupta who questioned the difference between euthanasia for mental illness and physical illness:

The authors surprisingly criticize as lacking in detail the argument raised by the Quebec commission that “mental disorders have specific characteristics that distinguish them from other illnesses such as cancer or lung and heart disease.” … Any psychiatrist knows that no other medical illnesses have suicidality as a potential diagnostic criterion. A wealth of evidence shows that people suffering mental illness with related symptoms of despair and hopelessness make different decisions than they otherwise would.

Gaind, Coehlo, Maher and Lemmens recognized that physical conditions may also lead to suicidal ideation, but they argue that it is unethical to offer MAiD while the patient is in a transient state:

Many injuries and physical illnesses are indeed accompanied by temporary depression and suicidal thinking. For example, research demonstrates increased risk of suicide for two years after a spinal cord injury. This suicidality overwhelmingly ends with adaptation and recovery support. Offering death to anyone during a period of transient increased suicidality is, in our view, unethical and violates the standard of medical care by which physicians must abide.

The fact that the newly expanded law may facilitate death in those circumstances of increased suicidal thinking is, in and of itself, problematic. The fact that MAiD for suicidal thinking in those suffering from physical disease is allowed does not make the failure to prevent suicide of people solely on the grounds of mental illness any more acceptable, as Gupta and Downie appear to suggest. Of further concern, they do not mention the fact that those getting MAiD because of mental illness in the few European countries that provide it disproportionately seek relief because of marginalization, including unresolved social suffering and loneliness – problems that are remediable.

Additionally, the four authors challenged Downie and Gupta’s assertion that treatment that has been ineffective stands in the way of a person’s life. They write:

The authors conclude that not giving access to MAiD interferes in the lives of capable adults living with mental disorders, some of whom may have had many years of ineffective treatment. We find it startling to frame suicide prevention as an “interference” in people’s lives, and disturbing that Gupta and Downie do not mention the lack of access to care faced by Canadians suffering from mental illness. The Mental Health Commission of Canada tells us that fewer than one in three adults get the mental health care they need. Only one in five children can access early care that may prevent them from needing many years of professional care later because their diseases were not treated in a timely way. Canadians wait up to five years for specialized tertiary psychiatric care.

In this context, introducing in law a “painless death” through MAiD and ignoring the systemic failures of lack of access to mental health care seems beyond reckless. While this will save money (providing MAiD to non-dying persons with decades left to live is far cheaper than attempting to provide support for dignified living), it will come at the high cost of prematurely ending the lives of those who could possibly have recovered and enjoyed long meaningful lives with family and loved ones.

Gaind, Coehlo, Maher and Lemmens conclude by asserting that euthanasia for mental illness is not about providing a compassionate death but in fact fundamentally denies the right to equal protection for people with mental illness. They state:

Permitting MAiD solely on the grounds of mental illness fundamentally violates the right to equal protection of persons with mental illness against premature death. Gupta and Downie’s strong rejection of the Quebec commission’s recommendation is concerning, particularly when considering how such skewed arguments might influence the soon-to-be released recommendations of Gupta’s federal panel. One member of a mental health advocacy organization has already resigned from Gupta’s panel but this has not been announced by the panel or federal government. None of this bodes well for those of us hoping for a balanced and evidence-based approach.

It must be noted that Mona Gupta is the chair of the federal commission examining the rules for implementing euthanasia for mental illness. Gupta appears to be in a conflict of interest by co-publishing an article opposing the recommendations of the Québec commission, when as chair of the federal committee she is expected to appear be a “neutral.”

Dr Sonu Gaind, professor at the University of Toronto, chief of psychiatry and physician chair of the Humber River Hospital MAiD team and former president of the Canadian Psychiatric Association, also co-authored the article.