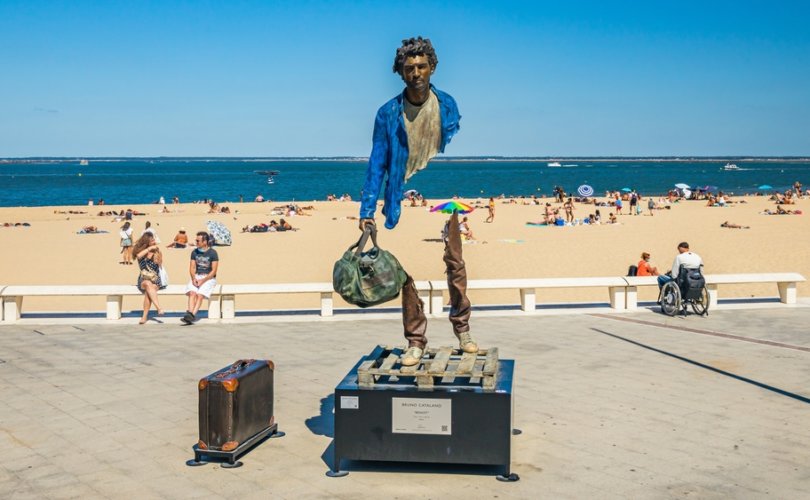 (PJ Media) – When I survey the current roster of those who have been empowered to govern Canada, it is hard to avoid the onset of severe depression. None are serious people, none even remotely competent, all are driven by the ideological drivel of the day, and they are to a man and woman decoupled from the ordinary folk who make – or made – this country run.

Moreover, beginning with the prime minister and descending to the least member of cabinet, these are people who seem to have no idea what real work and economic survival consist of. Passing legislation on climate change, health policies, agriculture, energy, and supply-and-manufacturing sectors that almost inevitably tend to harm the prospects of the actual people affected while the legislators themselves are protected from the ravages of their virtue comprises the trademark of the parasitic class, which disqualifies the present bunch from serving in their official capacity. (It is only fair to mention parenthetically an astronaut and a hockey goaltender, but neither now serves in cabinet, and neither was especially distinguished.)

The fact is that the sitting (and former) crop are mainly “professionals” – lawyers, journalists, investment bankers, etc. – who have never or rarely grown callouses wielding shovels and hoes and hammers and jack drills, have never had to rely on the seasons for a living, have never put out a fire or laid down a sewer pipe, have never balanced on a girder fifty stories up or operated a crane or driven a taxi or slaughtered a pig, have never or rarely run a business or striven to build a commercial empire and have certainly never driven a truck, let alone a rig. Hands-on experience is alien to them.

As Rex Murphy writes in a National Post column skewering this nouveau peerage, “They do not farm; they are not grocery clerks; they do not fish; they are not carpenters.” Indeed, they don’t do much, though, of course, they do a lot of harm.

Our prime minister, benefitting from a family endowment, is a case in point. A temporary-substitute-high school-instructor gig is not a job. My landscaper remembers Trudeau as a sub at Sir Winston Churchill Secondary School in Vancouver, reading a magazine behind his desk as the students worked on some prepared assignment. “He didn’t teach us much,” my informant said. Tucker Carlson is even less impressed, describing Trudeau as a “brain dead prime minister who is effectively a Chinese lackey,” no different, really, from U.S President Joe Biden.

Nevertheless, I am told that Trudeau remains popular. Perhaps, though his popularity appears to be waning. Complicit newspapers have recently produced articles and clips of Trudeau being joyfully mobbed by supporters and acolytes at the Calgary Stampede but neglect to tell us that what we are watching is a staged Liberal Party klatch while Albertans in the background cry traitor.

The point is that our leaders are not leaders in any substantive sense of the word. They do not form part of the world they presume to govern. They are not steeped in the particulars – the constraints, the drudgeries, the anxieties – of the working lives their ministries seek to control. In far too many cases, they are drones and leeches, flunkies and sycophants, barnacles on the ship of state who somehow find themselves in the wheelhouse.

The unbridgeable difference between the rulers and the ruled in much of the Western world, of which Canada is arguably the poster child, can be summed up in two divergent works of art. Grant Wood’s American Gothic represents the hard-working, salt-of-the-earth, dedicated, and often grim laboring people, heralds of rural values, who provide the sustenance and the ethos that keep a country going.

In contrast, the fragmentary sculptures of Bruno Catalano, notably the installation titled Les Voyageurs, leave much to the imagination, but one interpretation is that they reveal the emptiness at the heart of our movers and shakers, our chiefly urbanite managers who constitute, as Murphy puts it, “a travelling road show” throwing “empty words into ‘the vast and wandering air’” (citing Richard III, I, iv).

Whether we are witnessing in this country a spectacle of monumental ineptitude or a malignant agenda being diligently carried out – stratospheric debt and deficit, needless and onerous carbon taxes, skyrocketing inflation, unaffordable fuel prices ostensibly to fight “climate change,” airports and passport offices in utter disarray, supply chains disintegrating link by link, punitive vaccine mandates including quarantine and exorbitant ArriveCan fines for returning travelers who are unvaccinated – it is galling to realize that these Catalano fragments will escape the devastation they are causing and retire into lucrative appointments and comfortable sinecures without ever having done an honest day’s work in their lives.

One thinks of Isaiah 1:5-6 (KJV): “the whole head is sick, and the whole heart faint. From the sole of the foot even unto the head there is no soundness in it.” Or in the more polite language of Donald Savoie in his magisterial Democracy in Canada: The Disintegration of Our Institutions:

“Canadian representative democracy needs to be on guard against mediocrity, complacency … a debased public service, a sense that citizens have no control over their Government, and that the country’s national political institutions are unable to reflect Canadian society and its regions.”

Savoie concludes his study by arguing that Canada’s future depends upon politicians and their institutions showing that “they are able to speak beyond the interest of elites.” Regrettably, the prime minister, his cabinet, and his caucus have shown, to the contrary, that they are not “committed to fixing our political institutions,” that they do not represent the views of “all Canadians and all regions,” and that they do not “speak beyond the interest of the elites.”

Responsible leaders and ministers need to have some knowledge of the fields of endeavor they supervise, whether gained in their early formative years or having acquired a working knowledge of work, or at the very least, they must feel genuine sympathy with and interest in their charges.

Government is not a severed discipline. Familiarity with history and political theory may be an advantage, but it is not sufficient. Completely detached from and indifferent to the welfare of their citizens, our rulers are little more than Catalano travelers, vacuous simulations of real working people. Mere dilettantism, which describes our current leadership, can only culminate in the travesty we are suffering.

Reprinted with permission from PJ Media.