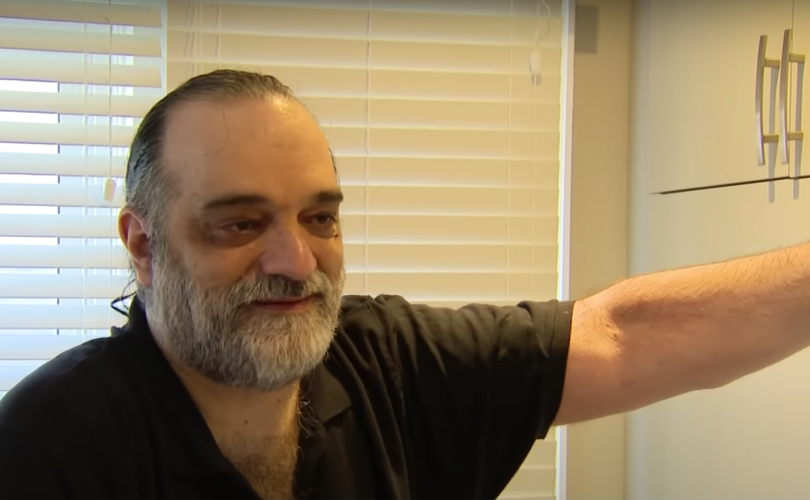 ST. CATHARINES, Ontario (Euthanasia Prevention Coalition) — Cynthia Mulligan and Meredith Bond reported for CityNews on November 16 that Amir Farsoud has changed his mind about assisted suicide after receiving help from friends and strangers.

Farsoud didn’t want to die, but after fears that he would lose his housing he applied for a medically assisted suicide (Medical Assistance in Dying, or MAiD).

But just over a month after CityNews first shared his story, Farsoud said the outpouring of support will allow him to live with a roof over his head.
‘I’m a different person,’ said Farsoud. ‘The first time we spoke, I had nothing but darkness, misery, stress, and hopelessness. Now I have all the opposite of those things.’
The 54-year-old St. Catharines man said he is eternally grateful for those who donated to the GoFundMe, started by a woman named Effy, a stranger to Farsoud, after she saw his story.

The Euthanasia Prevention Coalition helped by promoting the GoFundMe started by Effy.

Farsoud told Mulligan and Bond that if the government improved supports for people with disabilities that they wouldn’t be seeking MAiD. They reported:

He said governments should be focusing on fixing the issues causing poverty, rather than the moral ramifications of those in poverty seeking MAiD.

‘I think the proper solution is to not have that problem, is to alleviate what’s causing the problem,’ explained Farsoud.

‘If society is concerned about people like me, and like the half million other people on ODSP in poverty, then bring them out of poverty. That’s the obvious solution. If they were out of poverty and if they had a roof over their head and food in their mouths, I guarantee you MAiD wouldn’t be a consideration. The whole debate would become superfluous.’

MAiD officially became legal in Canada in 2016 under the requirement that death was reasonably foreseeable. The eligibility to apply expanded in March of 2021 to include people with disabilities or those suffering pain even if they are not close to death.

People with disabilities and those who are living in poverty need the necessary supports to live. They are seeking euthanasia not because of their disability but because they feel that death is their only choice.