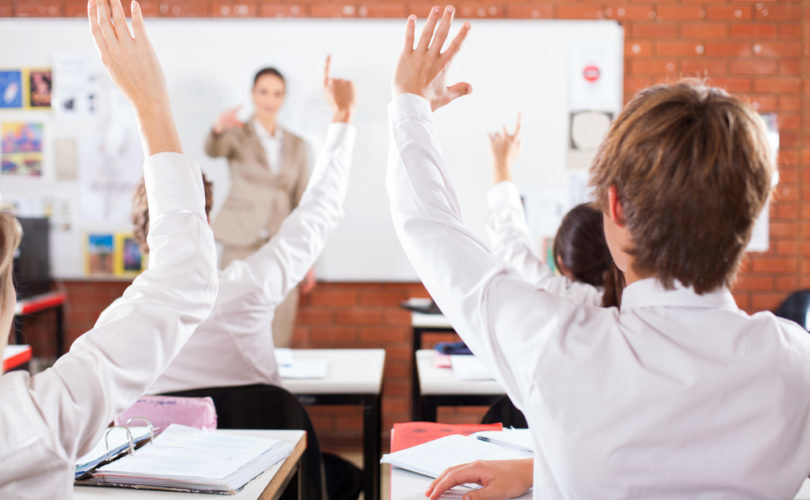 December 4, 2018 (Everyday for Life Canada) – An article in The Ottawa Citizen, titled “Parents' bill of rights is the wrong choice for Ontario” by Amber Labelle, deserves our response, since we are fighting for parental rights in Ontario and my name is mentioned.

Labelle is concerned that the current process of consultation by the Ministry of Education may result in a Parents' Bill of Rights. Labelle argues that she has lived in the United States where parents have a bill of rights that was used to “to undermine teachers, defund public schools and harm children, especially those who identify as lesbian, gay, bisexual, transgender (LGBT) or who are questioning their orientation or gender identity.” (Where is the proof of this harm? According to the courts, there needs to be a proof of harm!) Then there is the issue of “how it would be used nor its legal standing relative to existing provincial or federal law, including the Canadian Charter of Rights and Freedoms.” This is a mere distraction from the matter.

Labelle says that we must look to America to see the ill effects of such a policy because no parents' bill of rights exists in Canada. Her argument: parents will misuse this right… How? They will withdraw their children from classes that oppose their family values. So, “Commonly avoided topics are evolution, sexual health education, the existence of climate change and human influence on climate.” The rights can also be used to avoid vaccinations and justify corporal punishment in the home. Notice that Labelle considers the issues mentioned as settled when they clearly are not. This is the big flaw of Equity Education. Its proponents push it as neutral and objective when it's not.

Who are the bad guys, according to Labelle? First, it's most parents because they will abuse the right. Second, it's the “far-right legislators; recognized hate groups such as the Alliance Defending Freedom; and anti-LGBTQ religious groups such as Focus On The Family.” Labelle makes it pretty clear: the Christian view of marriage, family and sexuality is wrong and must not enter the public school system… But, transhumanism, the belief in gender fluidity at will, has to be taught in all schools and believed by students and parents. Her view is not considered “hate speech.” Hers is the same dictatorial approach used by the Trudeau Liberal government on Canadians who disagree with their policies. The government has shut the doors to pro-life people. All candidates for the Liberal party need to support abortion. The party also compelled employers to sign a value attestation in order to access government summer job grants. Now is this not hate speech and wrong?

Labelle cites the court case of Steve Tourloukis, backed by the Parental Rights in Education Defense Fund. As chair of the Fund, it was not only I, but many parents across the province who gave donations to pay for the case. Their voices must be heard. In court, the arguments against Dr. Tourloukis were made by, get this, two lawyers from the Attorney General of Ontario, two lawyers from the Hamilton-Wentworth District School Board and two lawyers from the Elementary Teachers of Ontario. Six lawyers were present to make sure that Tourloukis' parental rights and those of every parent in Canada, would be undermined. They used a pile of taxpayer money to fight taxpayers…and not only Christian taxpayers. Nevertheless, the court decision both by the lower and the appeal courts made it clear that parents do have rights and that those rights must be balanced against other rights. Although Tourloukis lost, the ruling was not one that totally overruled parental rights over provincial Equity and inclusive Education. To even suggest as Labelle does that this is the case is not accurate.

It is also a mistake to scare Ontarians into thinking that if parents have real choice in education then this freedom will destroy the public school system. The opposite is actually true: more choices and competition will make for a stronger educational system. The separate schools have made the public schools better than they would be without them. Competition is good. But of course if the agenda is to put an end to alternative choices in education, such as homeschooling, charter schools, private schools and Christian schools, then you argue as Labelle does that having a say or a choice is bad. It's not. The public system should not have a monopoly on education. This is a misguided strategy not based on democracy nor in keeping with the spirit of Canadian history and law.

Parents should make their voices heard by supporting a parental rights bill. If Labelle wants to truly “create a future where all children can thrive” then it must include others' views about education, not just those of the current or future governments. Forcing students to be taught an ideology is not true diversity; it's dictatorial! She wants rights for parents with a gender-confused child but not the same rights for parents with a gender-non-confused child. Look, my experience is that parents want all children to be safe and protected.

Sections 2 and 3 of Article 26 of the Universal Declaration of Human Rights state: “Education shall be directed to the full development of the human personality and to the strengthening of respect for human rights and fundamental freedoms. It shall promote understanding, tolerance and friendship among all nations, racial or religious groups, and shall further the activities of the United Nations for the maintenance of peace.” And “Parents have a prior right to choose the kind of education that shall be given to their children.” In Canada, both laws at the federal and provincial levels, including Equity Education, should support this declaration. A bill of rights for parents is a way to achieve this goal. It's the right choice for Ontario and Canada.

Published with permission from Everyday for Life Canada.