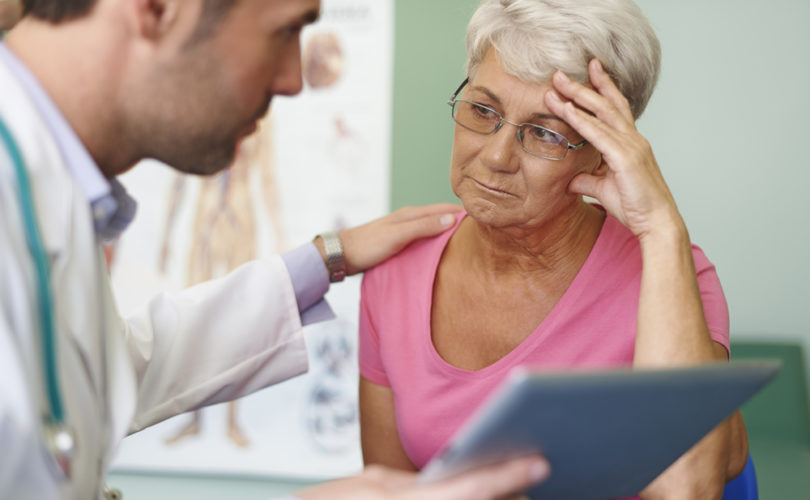 (Euthanasia Prevention Coalition) — In June, Senator Pamela Wallin introduced Bill S-248: An Act to amend the Criminal Code (medical assistance in dying) which, if passed, would allow Canadians to “consent” to being put to death in the future, even if they are unable to consent when the time comes.

According to the bill’s text, the proposed law would:

(b) permit an individual who has been diagnosed with a serious and incurable illness, disease or disability to make a written declaration to waive the requirement for final consent when receiving medical assistance in dying if they lose the capacity to consent to receive medical assistance in dying, are suffering from symptoms outlined in the written declaration and have met all other relevant safeguards outlined in the Criminal Code.

When Canada legalized euthanasia through Bill C-14 in 2016, it specifically created an exception to homicide in the Criminal Code to allow for so-called medical assistance in dying.

— Article continues below Petition —
The Quebec College of Physicians must not be allowed murder infants
Show Petition Text
4927 have signed the petition.
Let's get to 5000!
Thank you for signing this petition!
Add your signature:
Show Petition Text

S-248 –  which is currently in its second of three Senate readings – would amend the Criminal Code further by enabling a person to sign a contract stating that even if a person loses the ability to request or consent to death in the future, a medical or nurse practitioner can still “administer a substance to a person to cause their death.”

Under the current law, a person must consent to death at the time of the procedure, even if they have previously requested to die.

While Bill S-248 enables a person to include in the contract a specific date and time for their death, the legislation does offer some protection under provision 3.4, which states that if a person “demonstrates, by words, sounds or gestures” a “refusal to have the substance administered,” the procedure “can no longer be provided to them.”

Section 3.4 refers to the Netherlands “coffee euthanasia death” whereby a woman with dementia, who had requested euthanasia in an advanced directive, resisted when the euthanasia doctor was trying to kill her.

Instead of relenting, the euthanasia doctor put sedatives in her coffee. With the woman still resisting even after being sedated, the doctor had the family hold the woman down while the fatal procedure was completed.

It is worth noting that as of right now, S-248 contravenes the Supreme Court of Canada’s Carter decision which limits euthanasia only to competent people.

S-248 is only one of two euthanasia expansion bills that have been introduced in Canada since the practice was legalized in 2016.

Last year, parliament passed Bill C-7, with many of its provisions set to go into full effect next year.

Here is the list of amendments made by Bill C-7:

Bill S-248 and the recent push by the Quebec College of Physicians to approve infant euthanasia, undermine the current law that a person needs to be able to request or consent to euthanasia prior to being killed.

So, how should we respond?

Tell them that Canada has expanded MAiD beyond what was approved by the Supreme Court of Canada’s Carter decision, and that euthanasia without consent is too dangerous and beyond what should be considered tolerable.