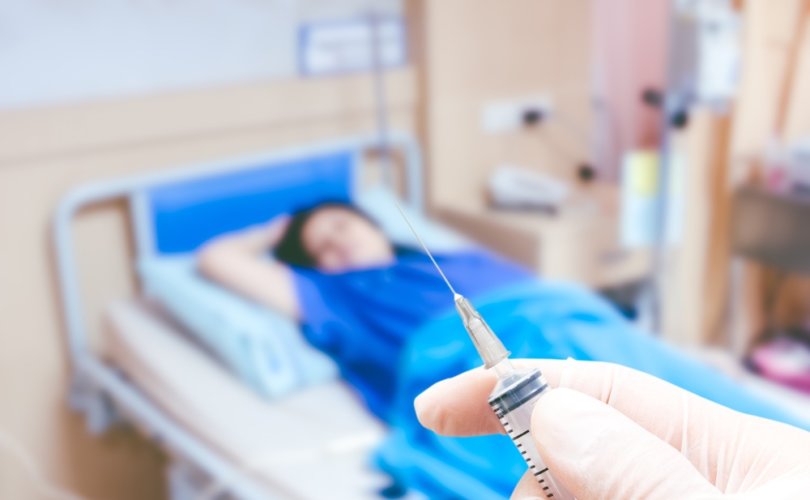 October 9, 2019 (Euthanasia Prevention Coalition) — On September 11, a Québec court struck down the provision in Canada's euthanasia (MAiD) law requiring that a person be terminally ill to qualify for death by lethal injection.

The court decided that requiring that a person's “natural death must be reasonably foreseeable” was unconstitutional and they gave the government 30 days to appeal the decision, knowing that Canada was in the middle of a federal election.

I have stated that this court decision may also extend euthanasia to people for psychological reasons alone. Canada's euthanasia law states that a person qualifies for death by lethal drugs if their:

illness, disease or disability or that state of decline causes them enduring physical or psychological suffering that is intolerable to them and that cannot be relieved under conditions that they consider acceptable.

Therefore the requirement that the person's “natural death be reasonably foreseeable” limited euthanasia for psychological reasons to terminally ill people. Since the court struck down this poorly worded safeguard, will this expand euthanasia to people with psychological issues alone?

In a televised debate on French TV network TVA, among political party leaders Prime Minister Justin Trudeau (Lib), Andrew Scheer (CPC), Jagmeet Singh (NDP) and Yves-François Blanchet (BQ), Trudeau stated that he would not appeal the Québec court decision that struck down the “terminal illness” requirement and that he would craft a more permissive MAiD regime in the 6 months period ordered by the Court.

Similarly, the other party leaders except Scheer stated they were in favour of a more permissive MAiD regime.

Scheer stated he would appeal the decision and would convene the Parliament to craft a revised MAiD regime.

Althia Roj, reporting for the Huffington post, confirms my report and also confirms my belief that the Liberals designed the law for expansion:

The law had been purposefully designed initially as restrictive, he (Trudeau) suggested, as said he expected it would keep expanding as time and norms shifted. “We understand that society evolves.”

The recent euthanasia death of Alan Nichols, a physically healthy man who was living with chronic depression, has led one family to ask how he could have died by euthanasia. As the family seeks to find justice in the death of Alan, will this become the new norm in Canada?

Since the deadline to appeal is during the federal election, only Justice Minister David Lametti (Lib) (who voted against C-14 because it was not permissive enough) can appeal the decision.

By not appealing the Québec court decision they are in fact deciding to expand the scope of Canada's euthanasia law.

The Liberal government goes back on a promise.

The government announced that a five-year review of the euthanasia law will begin in June 2020. Trudeau announced, in the French debate, that he will ignore the input of Canadians and impose a more permissive euthanasia regime, soon after the election. So much for democracy.

I will not tell you how to vote, but the leaders' debate in French established a clear indication for Canadian voters.