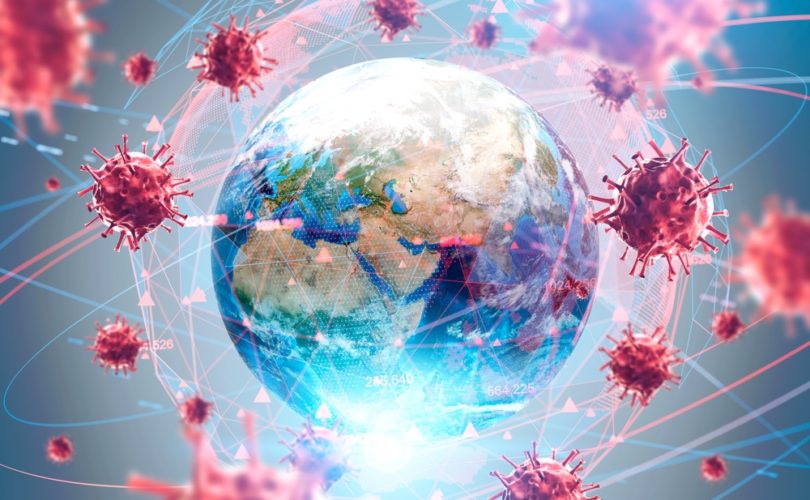 May 6, 2021 (Dr. Trozzi.com) – If you have been researching the Wuhan Virus and the global geopolitical situation, you have likely come across independent journalists from around the world, who have looked at many countries’ annual death statitstics, and noticed something unusual. What they have found is that while countries have reported many people dying from COVID-19 in 2020, the annual death totals for the countries have not generally increased. This is suprising. We have not found new profound cures for all the other things people die of like old age, heart disease, cancer, and lung disease; so if these things continue as usual, and there is a new thing (COVID) that is killing lots of people, then there should be more people dying in total. If not, this supports the observation that there has been a big push through much of the world to claim COVID-19 as the cause of death, when arguably, it was something else that caused death. There are many reports to support this, some of which are found on our site www.drtrozzi.com

To demonstrate this, consider someone who has smoked two packs of cigarettes a day for fifty years and developed severe COPD (Chronic Obstructive Pulmonary Disease). They are very fragile, live short of breath, require numerous medications to survive, and live on supplemental oxygen. Any respiratory challenge could dramatically worsen their condition and even precipitate their death. This challenge could be inhaling some dust or other irritant, catching a cold, or even a change in the weather. When someone in this situation dies, the cause of death is COPD, or “years of smoking” if you like. The cause of their death is not attributed to dust, a cold, or a change in the weather; though these things may have been the proverbial ” straw that broke the camel’s back”. However recently we find in many places, such a person was reported as dying from COVID. This is a mild example. There are many reports of deaths from cancer, heart disease, and even physical trauma such as a motorcycle accident, being recorded as “death due to COVID-19.” The result of this abuse of statistics is that, though the same typical number of people are dying, more of them are being recorded as deaths due to COVID-19, and less are being reported as dying from other causes. In other words, deaths are being shifted from their appropriate and real category, to the political agenda’s category: COVID-19.

This is revealed not only by the numerous physicians and health care workers blowing the whistle on the pressure to over-diagnose COVID-19 as the cause of death; but also by the lack of an increase in nations’ total death numbers.

So let’s have a look at Canada’s annual total deaths statistics, and see if lots more people are really dying.

Links for sources of statistics:

Here are the same numbers presented in graph form

Observations and comparison to the Spanish Flu

Notice that there is no particular big rise in Canadian deaths in 2020, though the “pandemic” began early in 2020. How can this be if a new super fatal disease is killing large numbers of people? Is it possible that we have simultaneously cured much of the real causes of death such as heart disease, lung disease and cancer. Not likely. In reality, we know that many patients who needed treatments for major illnesses such as cancer, were neglected due to the closing of hospital services during 2020, and the mortality rates of these diseases therefore likely increased.

Incorporating the Wuhan virus, and the medical neglect of serious illnesses like cancer due to hospital closures, the Canadian 2020 total death per thousand rate was 7.89 and it was just 0.23 higher than 2019. This is not an impressive or unusual change; the same figure increased by more, 0.36 in 2015. For some context, let’s consider the very genuine Spanish Flu Pandemic of 1918 which alone killed approximately 6 out of every thousand Canadians.

So how did COVID-19 justify the use of the term ‘Pandemic’?

When most of us think of a “pandemic” we think of an infectious disease, spreading far and wide, and causing lots of death. Up until 2009, the WHO organization followed this definition for a pandemic:

“An influenza pandemic is a worldwide epidemic caused by a new strain of virus which leads to infection rates and mortality rates which exceed seasonal but similarly heavy waves of influenza by several orders of magnitude. A precondition for an influenza pandemic is the appearance of a viral subtype which had not yet circulated amongst the human population or which had occurred so long ago that no residual immunity remains amongst the population, and which is capable of provoking severe illness and of disseminating effectively from one human to another.”

Now let’s look at some recent history. In 2009 the WHO declared Swine Flu H1N1 as a pandemic. This resulted in massive pre-orders of new vaccines for Swine Flu across many countries, with governments accepting liability for damages caused by the vaccines. The pharmaceutical industry had a gauranteed market with little or no risk or responsibility. However, when the “pandemic” officially ended in August 2010, it had caused only 18,449 deaths globally.

Compare that with the annual global seasonal flu deaths of around 250,000. The Swine Flu “pandemic” had not caused orders of magnitude more deaths than the seasonal flu, rather it had caused only 7% as much death as a seasonal flu, so it was not a real pandemic. It did not satisfy the criteria: “mortality rates which exceed seasonal but similarly heavy waves of influenza by several orders of magnitude.”

So, in 2010, The Parliamentary Assembly of the Council of Europe launched an investigation into the undue influence of Big Pharma and the WHO for falsifying a pandemic to create a lucrative vaccine market.

However, the WHO changed it’s definition of “pandemic” to no longer require a high mortality rate; they just took that part out of the definition. This paved the way for new lucrative power grabbing enterprises like the Covid-19 “pandemic.”

So Canada and the rest of the world, how is covid-19 a “pandemic”. The answer is right out of the novel 1984. The WHO changed its definition of the word pandemic.

See a good article on this subject by Christina Lin here.

Dr. Mark Trozzi is a medical doctor who graduated from The University of Western Ontario in 1990. He has been practicing Emergency Medicine for the past twenty-five years. Dr. Trozzi was on call in multiple emergency units since the onset of the so-called COVID-19 “pandemic”, until February 2021, including one ER designated specifically for COVID-19. Dr. Trozzi is an Advanced Trauma Life Support professor with the College of Surgeons of America, and holds teaching positions in multiple Canadian medical schools.

Published with permission from Dr. Trozzi.com