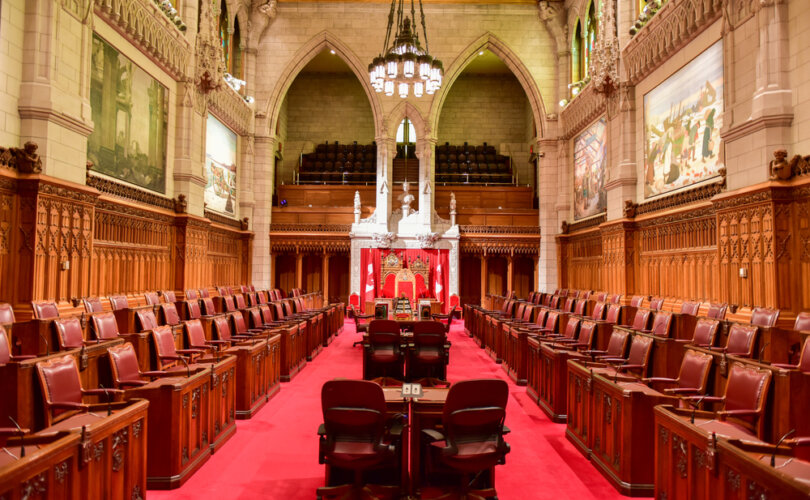 This far-reaching bill contains sweeping, radical elements. It places the entirety of the Canadian internet under the bureaucratic auspices of the CRTC (Canadian Radio-television and Telecommunications Commission).

The CRTC will then direct what Canadians watch, read, say, and listen to online, regulating the internet’s content for diversity by prioritizing “Canadians from racialized communities and Canadians of diverse ethnocultural backgrounds, socio-economic statuses, abilities and disabilities, sexual orientations, gender identities and expressions, and ages.”

In other words, the CRTC will ensure we are force-fed more pro-LGBT and pro-abortion propaganda, while normative pro-family and pro-life voices are sidelined.

Jay Cameron of the Justice Centre for Constitutional Freedoms said this about the bill: “It is clear…that the federal government wants to increase control and penalties for speech and content that is not approved of by the ideologues in the Liberal Party. Unsurprisingly, the purpose of Bill C-10 [now C-11] is not to increase freedom of ‘thought, belief, opinion, and expression’ (section 2(b) of the Charter) but to further restrict it.”

Peter Menzies, a former vice-chairman of the CRTC, has also expressed his concern over Bill C-11. He said of the Trudeau Liberals: “They’re giving the CRTC enormous powers — enormous powers — and it’s not in the DNA of any regulatory body to not continue to expand its turf… So that’s troubling.”

We know where the Trudeau Liberals are headed with this bill. Their behavior over the last seven years in attacking pro-life and pro-family groups and charities has made it abundantly clear. They want to silence the voices of pro-life, pro-family, and pro-faith Canadians.

Ian Scott, current chairman of the CRTC, admitted that broadcasters under the CRTC’s purview do not enjoy freedom of speech. He stated: “Freedom of speech and a range of perspectives are a necessary part of our democracy. However, it is a privilege and not a right to be broadcast in Canada.”

Bill C-11 defines internet content providers as “broadcasters,” which means freedom of speech could be lost for websites, blogs, podcasts, posts, or other online content.

This is why we are asking you to reach out to your provincial senators today to put an end to this internet censorship bill.

Here we have a number of pre-scripted suggestions that you can use to urge your senators to make the right choice, or you can simply write your own personalized email.