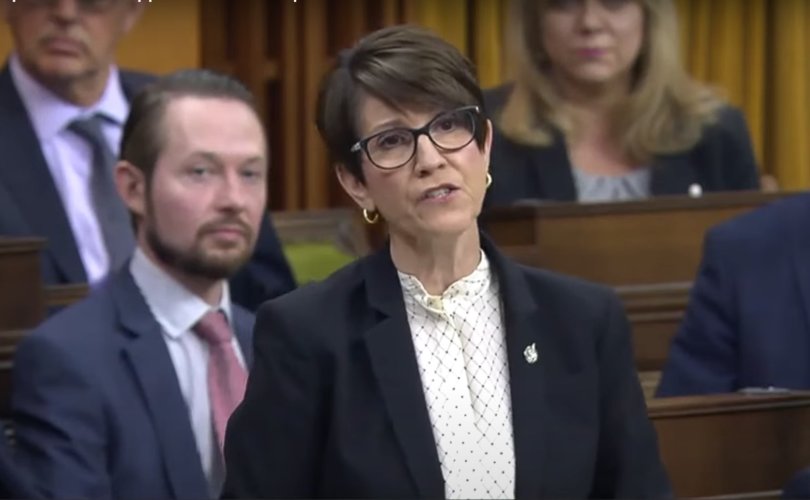 Canadians need to protect the conscience rights of our doctors, nurses, and other medical professionals – for their sake, as well as for ours. Their right to refuse to participate in euthanasia and assisted suicide must be respected; our right to seek an ethical healthcare provider must be respected.

According to the Constitution of Canada, “freedom of conscience and religion” is a “fundamental freedom” (section 2(a)). However, all across Canada, doctors and nurses are being told that they must ignore their conscience and violate God’s Word by taking part in euthanasia and assisted suicide. They are being asked to do so directly, by administering the lethal injection themselves, or indirectly, by providing an “effective referral” to someone else who will do the deed.

This is completely immoral and unconstitutional, and is corrupting the entire Canadian medical system. Contact your MP to support Block’s Bill C-230 here.

According to a recent survey, 72 percent of psychiatry professionals in Ontario object to assisted suicide for patients who might request it on the grounds of their depression, anxiety, or other mental disorder. These doctors and nurses believe in suicide prevention rather than suicide provision. Nevertheless, despite this clear majority, the Trudeau government has determined to permit so-called “MAiD for mental illness”, starting March 17, 2023.

Without Block’s freedom of conscience bill, all these Ontario professionals will be forced to participate in euthanizing mentally ill patients or else face discipline, even if it violates their conscience. The same holds true for doctors and nurses in every other province and territory save Manitoba, which alone has specific legislation to protect medical conscience rights.

Doctors and nurses must be free to uphold the traditional medical ethic of “do no harm,” as found in the classic Hippocratic Oath. They must be allowed to practise their healing craft without intimidation or coercion. That is what Bill C-230 will do federally – all across Canada.

Under the current status quo, medical professionals feel helpless to even speak out against the most glaring abuses being perpetrated by their pro-assisted suicide colleagues. We have heard horror stories of patients being euthanized because of anorexia or despair or just because they were in an unbearable housing situation. We have heard of patients being offered death who were seeking help to live. In my recent book, “Trudeau’s MAiD Service,” I show the skyrocketing assisted suicide rate in Canada.

I believe that many doctors and nurses who would otherwise speak out against these abuses are being forced into silence because of a lack of conscience rights protection. To oppose Trudeau’s euthanasia program is to risk your career. The entire medical community is effectively being held hostage by untouchable death doctors backed by Trudeau.

Block had this to say about the significance of her proposal:

This is a bill that should receive support from legislators in every party. It is only common sense to allow our doctors and nurses to follow their conscience as they seek to perform their duties to the best of their ability.

Please help us get Bill C-230 passed by making an Action Alert Phone Call to your MP today.